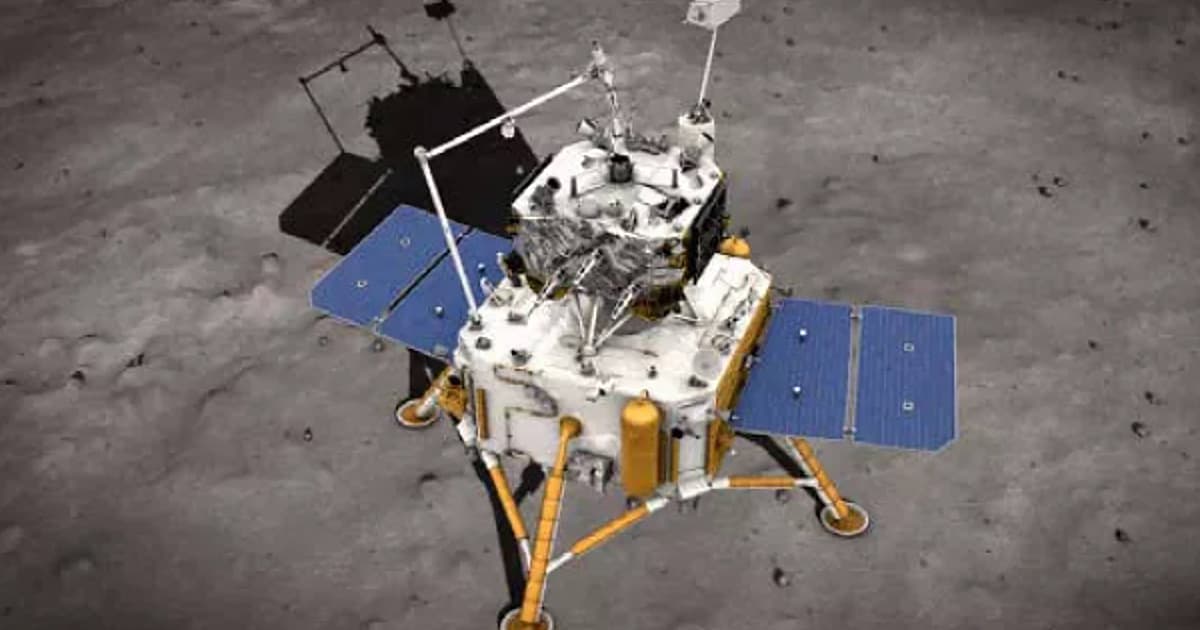 China's lunar lander has completed its mission of collecting the first Moon samples in almost half a century — meaning, Space.com reports, that it has effectively died.

Its ascent vehicle took off with roughly four pounds of lunar rocks on December 3 to rendezvous with the mission's orbiter and fly back to Earth.

That means the lunar lander is finally able to get some hard-earned rest. It simply wasn't designed to withstand the extremely low temperatures during the lunar night cycle when temperatures can drop down to -310 degrees Fahrenheit.

Chang'e-5's predecessors Chang'e-3 and Chang'e-4 featured heater units that allowed them to withstand such temperatures. Chang'e-4's rover Yutu-2 was able to spend several lunar night and day cycles on the far side of the Moon.

China's latest lander doesn't have that tech, and may have taken a hit even before succumbing to the freezing temperatures. Reports suggest the ascent vehicle sitting on top of the lander may have done some damage when blasting off, as Space.com reports.

While the samples themselves are still traveling back to Earth, the ascent vehicle launched itself back at the lunar surface so it wouldn't become orbital debris.

More on the mission: China Crashed Spacecraft Into the Moon so It Wouldn't Become Space Junk

Moon Madness
SpaceX Will Launch Remote Controlled Racecars to Lunar Surface
12. 1. 20
Read More
Moon Goop
China Finally Figured Out What That Weird "Gel-Like" Substance from the Far Side of the Moon Was
7. 7. 20
Read More
Moon Zoom
Jeff Bezos Just Unveiled Blue Origin's Moon Lander
5. 9. 19
Read More
+Social+Newsletter
TopicsAbout UsContact Us
Copyright ©, Camden Media Inc All Rights Reserved. See our User Agreement, Privacy Policy and Data Use Policy. The material on this site may not be reproduced, distributed, transmitted, cached or otherwise used, except with prior written permission of Futurism. Articles may contain affiliate links which enable us to share in the revenue of any purchases made.
Fonts by Typekit and Monotype.