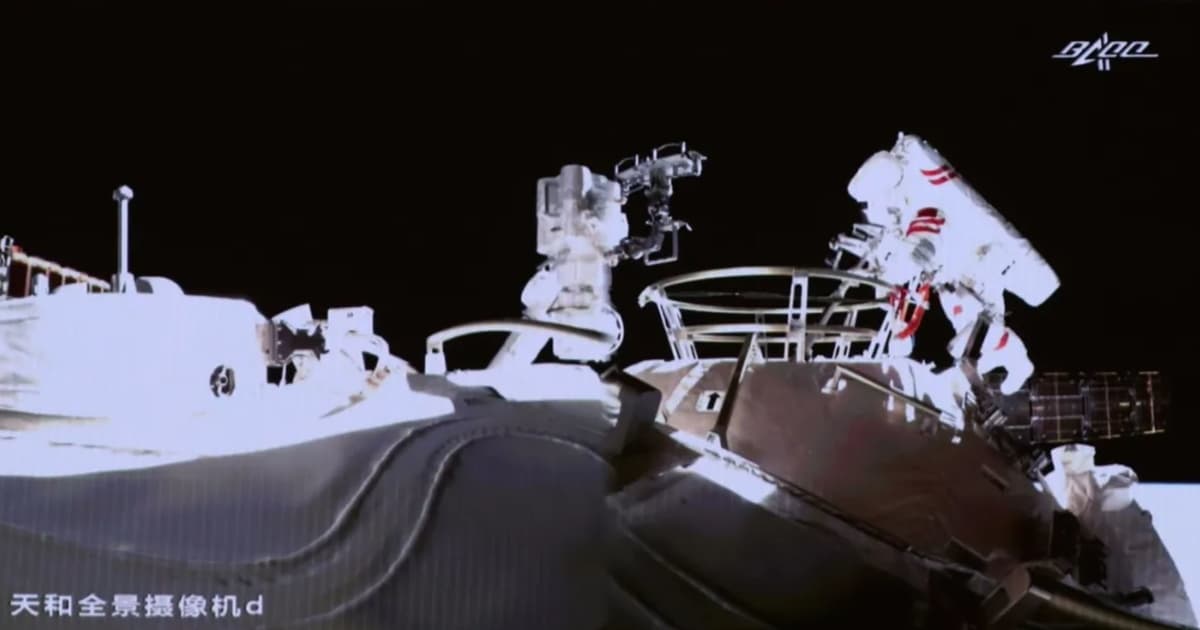 This marks a big milestone in their space program.

This marks a big milestone in their space program.

Chinese astronauts have successfully completed the country’s first spacewalk outside of the new Tiangong station — marking a big milestone for China's space program.

Two astronauts, Liu Boming and Tang Hongbo, performed the seven-hour spacewalk on Sunday morning, according to The Guardian. While this is the first spacewalk completed outside of Tiangong, it's actually the second spacewalk ever conducted by Chinese astronauts with the first occurring in 2008.

"The safe return of astronauts Liu Boming and Tang Hongbo to the Tianhe core module marks the complete success of the first spacewalk in our country’s space station construction," said the China Manned Space Agency in a statement attained by The Guardian.

The astronauts were tasked with completing a number of upgrades and installations to the station’s core module during their spacewalk. This included installing foot stops on the station’s robotic arm as well as adjusting a panoramic camera installed on the module.

"Wow, it’s too beautiful out here," said Liu as he emerged from the station and into space for the first time in a video.

The spacewalk marks yet another accomplishment the Chinese space program has achieved in the past few months.

In May, the Chinese Mars rover Zhurong touched down on the Red Planet where it’s been sending back video and audio recordings.

Later in June, China was able to successfully launch three astronauts to the Tiangong station.

It's yet another big step in the escalating space race between the US and China. As space travel technology rapidly advances, both countries are looking to get a foothold in Earth's orbit and on the surface of the Moon and Mars. Doing so could pave the way for new colonization plans — along with a new theatre of warfare.