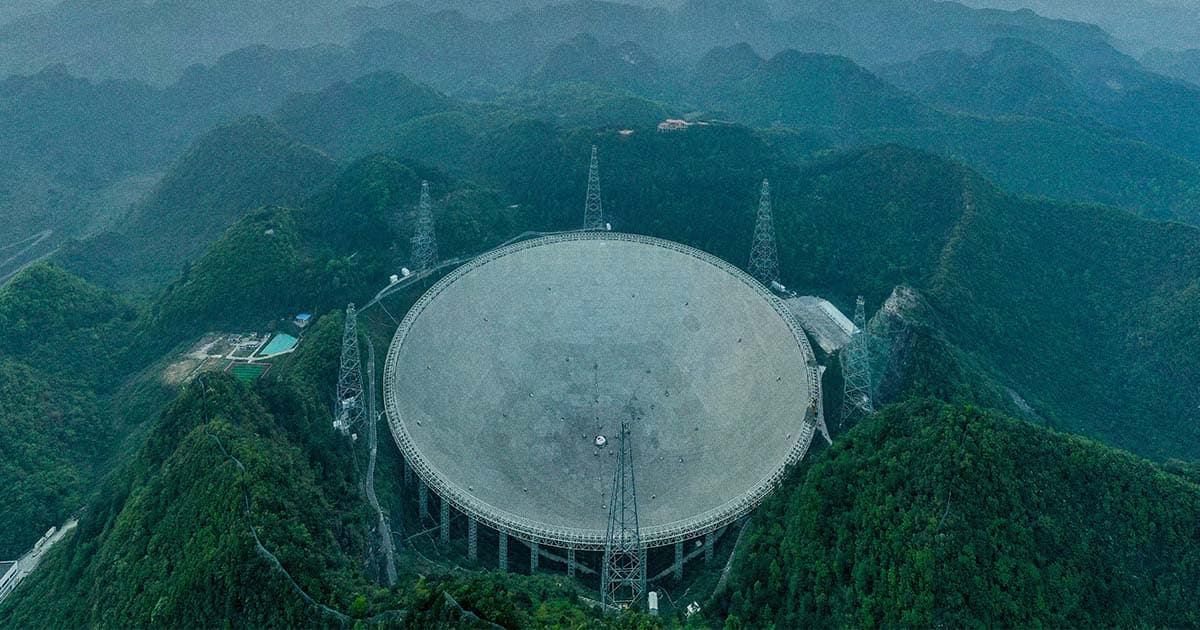 The telescope might be able to detect swarms of alien robots.

The telescope might be able to detect swarms of alien robots.

A new radio telescope in China might be able to detect massive swarms of self-replicating alien robots before they attack Earth.

These self-replicating devices, first postulated by mathematician John von Neumann, could be used by advanced civilizations to explore the universe. According to Osmanov’s paper — first spotted by Universe Today — FAST could likely detect swarms of these devices due to its radio spectral band.

Of course, an enormous swarm of alien robots would be a massive cause of concern for human life. If it’s able to self-replicate, it could consume every available resource in order to continue its reproduction. Detecting an alien swarm early would be very, very handy if we were ever unlucky to encounter one.

Luckily, Osmanov believes that FAST would be able to do exactly that. However, the telescope would only be able to act as an early warning system. It’d still be up to us on Earth to actually deal with the self-replicating alien threat.

For now, Osmanov’s paper has yet to be peer-reviewed for publication in an actual journal. Still, it’s a fun — albeit frightening — hypothesis. Let’s just hope we never actually need to use it.

More on alien invasions: "Three-Body Problem" Author No Longer Sure Humankind Would Unite Against Hostile Aliens