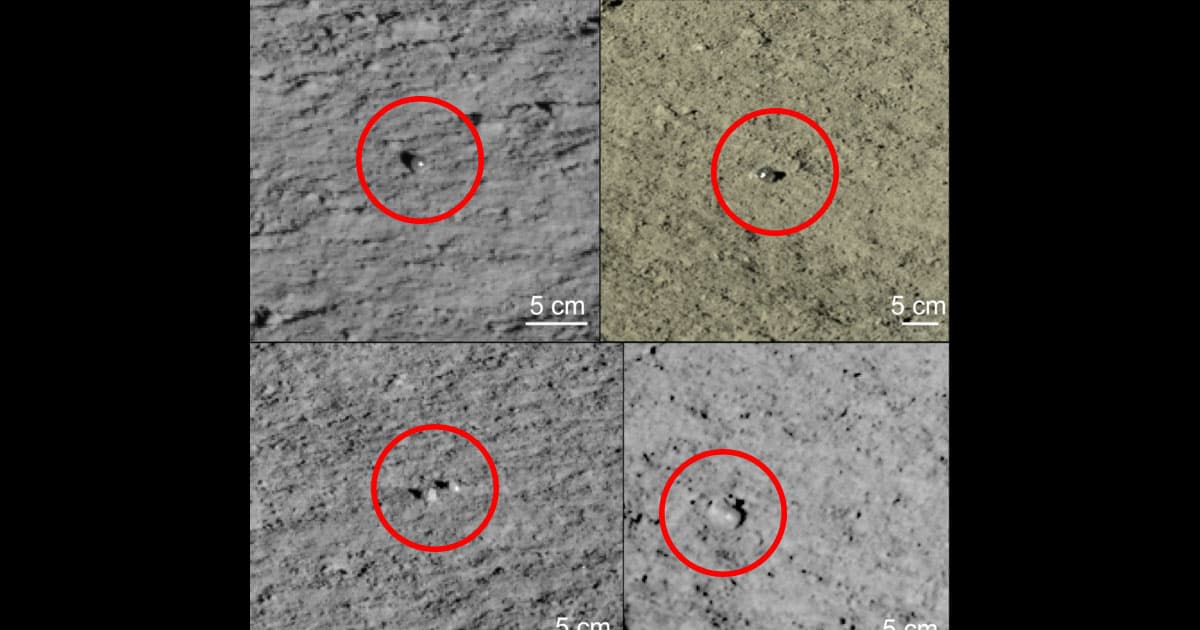 The team behind the discovery published a paper about the findings in the journal Science Bulletin, in which they describe the objects as "translucent glass globules."

The spheres are roughly a centimeter in diameter, they say, and were spotted in images taken by the panorama camera on the Yutu-2 rover on the dark side of the Moon.

While undoubtedly surprising, glass has been discovered on the Moon before in numerous instances, caused by meteorite impacts or the Moon’s past volcanic activity.

However, the glass that the scientists say Yutu-2 discovered is unusual because they say the spheres are bigger than glass typically found on the Moon. Also, the newest glass samples have a unique light brown coloring and are translucent.

"The globules simply blow our mind since they are so unique on the Moon," Dr. Zhiyong Xiao, an associate professor at the Planetary Environmental and Astrobiological Research Laboratory at Sun Yat-sen University and lead author of the study, said in a statement.

Xiao added that the discovery might indicate that similar glass spheres might be common on the far side of the Moon. If that’s the case, he suggests that it could also be an incredibly valuable resource for future lunar colonies to produce glass for construction material or tools.

Of course, we’re likely a long way from producing glass windows and greenhouses on the Moon, but it’s still a very fascinating discovery.

So in the case of the spheres, we might withhold judgment until more data comes in.