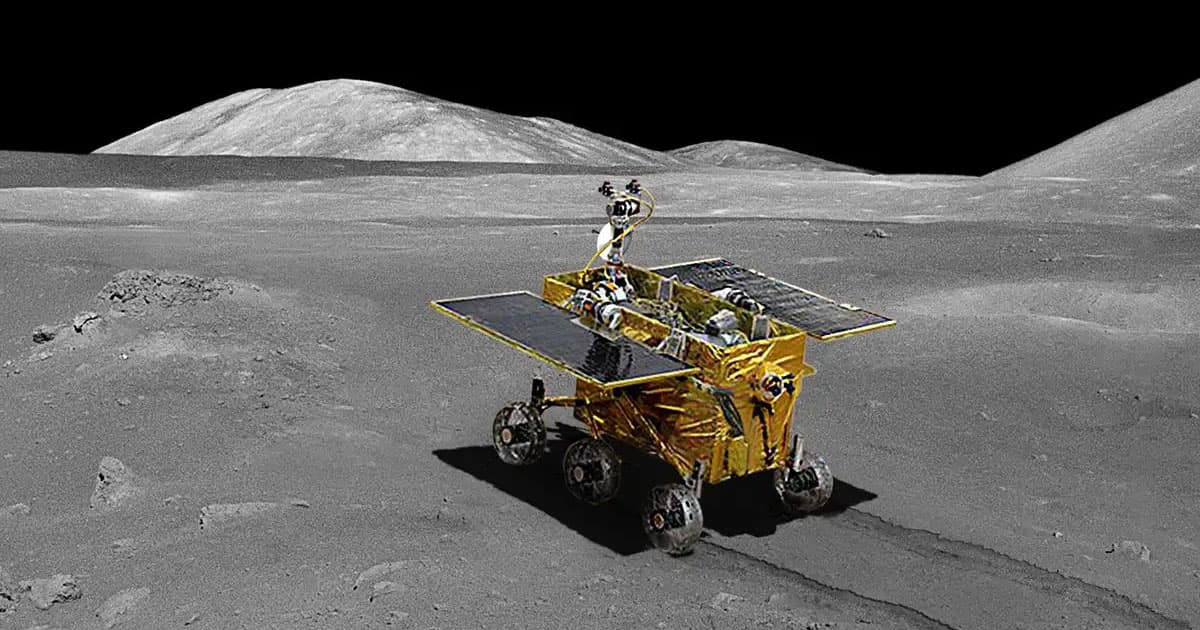 It also found that there were a lot more holes on its backside, too.

It also found that there were a lot more holes on its backside, too.

Less than a week after it uncovered the hilariously anticlimactic origins of the "Moon Cube", China’s announcing a new discovery from its lunar rover: the backside of the Moon is surprisingly sticky.

Chinese researchers published a paper this week in Science Robotics that revealed new data about the lunar surface gathered by the Yutu-2 rover. The takeaway? The lunar regolith — soil, basically — on the Moon’s far side, which always faces away from the Earth, is stickier than the soil on the visible near side.

The team reached the finding after noticing that chunks of lunar soil kept sticking to the rover’s wheels. They believe this might be because the surface on the far side "resembles dry sand and sandy loam on Earth," according to the paper.

The researchers also discovered that the far side had a lot of relatively small craters. The report included data gathered from 88 craters, with 57 measuring less than 33 feet in diameter and two craters measuring roughly 200 feet in diameter.

At the same time, the far side of the Moon features many more craters than the near side. That's likely due to a number of factors, including that the Earth helps shield the lunar surface from certain impacts.

Also, the nearside appears to have had a lot more volcanic activity in its past that got rid of many craters. In fact, China’s recent Chang’e-5 mission uncovered relatively recent volcanic activity on the lunar surface — although it still occurred roughly two billion years ago.

It’s undoubtedly awesome that lunar missions are still uncovering new and surprising data about the Moon — mysterious cube shaped objects aside. It only creates even more hype for future exploration like NASA's Artemis missions.

READ MORE: The Moon’s Far Side Is Covered in Sticky Soil and Fresh Craters [Gizmodo]

More on the Moon: Remember the “Moon Cube”? China Just Published a New Photo and Uhhhhh

Monkey Business
China Plans to Send Monkeys to Space Station to Have Sex With Each Other
Nov 3
Read More
Next Time
NASA Cancels First Launch Attempt of Uber Expensive Moon Rocket
Aug 29
Read More
Back to the Moon
NASA: SpaceX Only Has to Prove It Can Land Astronauts on Moon, Not Bring Them Home Again
Aug 24
Read More
+Social+Newsletter
TopicsAbout UsContact Us
Copyright ©, Camden Media Inc All Rights Reserved. See our User Agreement, Privacy Policy and Data Use Policy. The material on this site may not be reproduced, distributed, transmitted, cached or otherwise used, except with prior written permission of Futurism. Articles may contain affiliate links which enable us to share in the revenue of any purchases made.
Fonts by Typekit and Monotype.