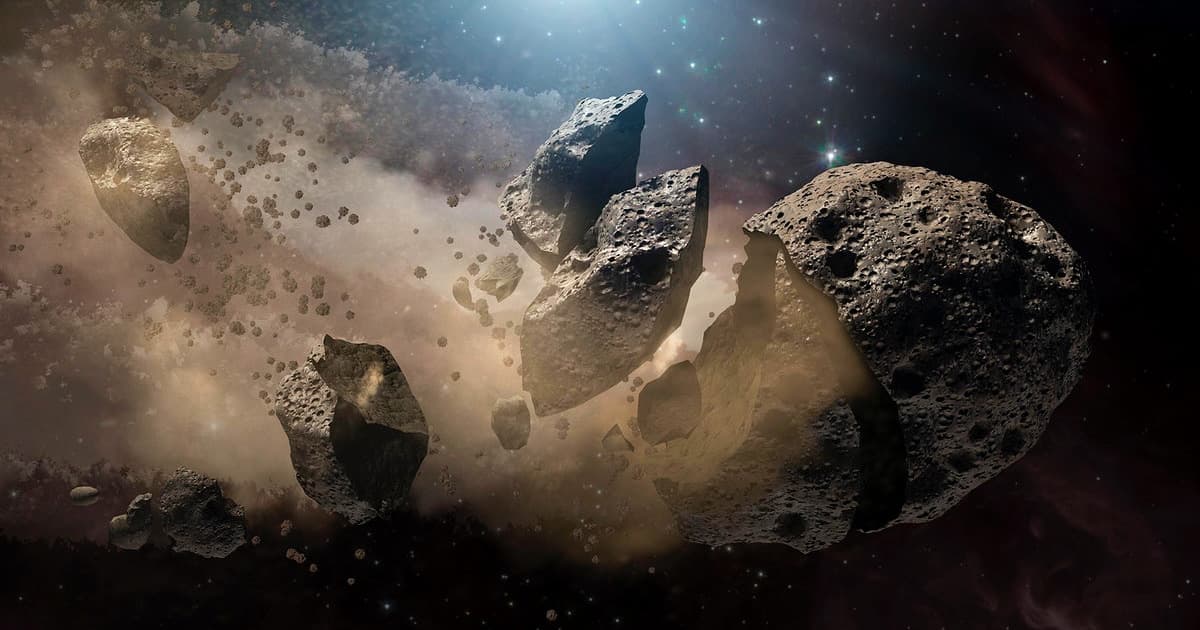 There's a Chance This Giant Asteroid Will Smash Earth in 2068

The probability is low, but the consequences would be catastrophic.

The probability is low, but the consequences would be catastrophic.

In 48 years, an asteroid named after the Egyptian God of Chaos Apophis might hit the Earth.

Apophis will pass particularly close to the Earth in 2068, Popular Mechanics reports. And because its orbit is drifting little by little, there's a chance that it actually hits us. The odds of that happening are fairly low — but the risk, scientists say, is real.

Even before then, Apophis will swing by for a visit. In 2029, it will even pass between the Earth and a network of satellites, at which point we'll be able to see it with our naked eyes, PopMech reports.

The University of Hawai'i astronomers who couldn't rule out the 2068 impact say that the 2029 transit will definitely be harmless, though. Their work, which was presented at a 2020 meeting of the American Astronomical Society, has been tracking the changing orbit of Apophis since it was discovered in 2004.

Again, the odds that Apophis actually poses a threat to us are slim — the probability is low, but the consequences would be catastrophic. Still, space agencies are preparing, according to PopMech. NASA and SpaceX are launching the DART mission, which will serve as a practice round for the plan to deflect potentially killer asteroids.

Russian scientists have also said they're developing a nuclear missile they intend to shoot at Apophis — so at the very least, the space rock won't catch us off guard.

READ MORE: A 'God of Chaos' Asteroid Could Hit Earth in 2068 [Popular Mechanics]