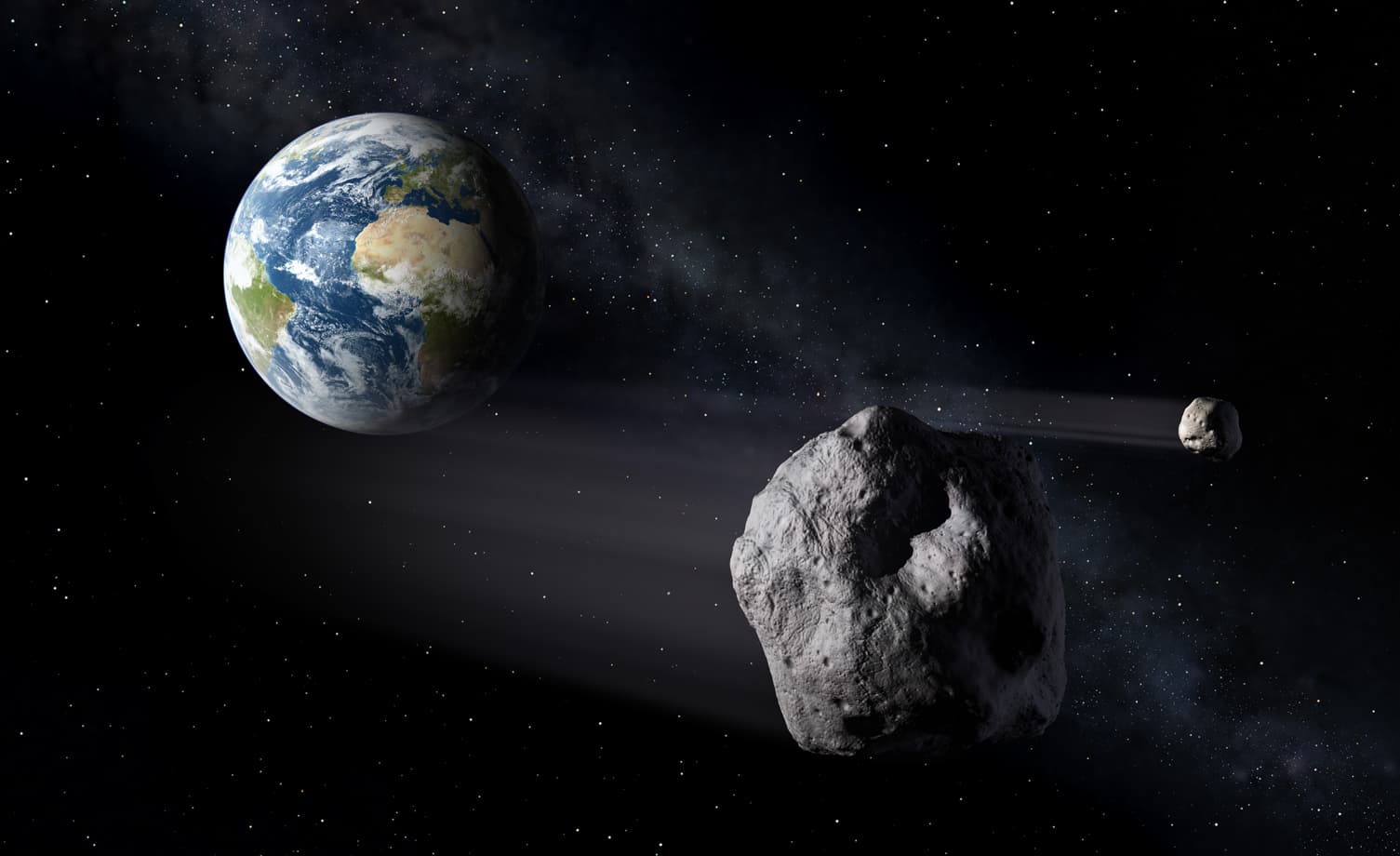 In what sounds like an elevator pitch for an Armageddon sequel, Russian scientists announced that they've developed intercontinental ballistic missiles that aim to destroy asteroid Apophis, which is going to swing by Earth in 2036.

Also referred to as 99942 Apophis, it measures 210-330 meters (690-1080 feet) in diameter. According to a Slate article by astronomer Phil Plait an encounter with Earth would mean not so fun times for our planet; "it would release the energy equivalent to more than 1 billion tons of TNT exploding, at least 20 times more than the largest nuke ever detonated!"

However, fortunately, it is going to travel on by without impact.

NASA has predicted two instances of the asteroid approaching the Earth - first in April 13, 2029 (Friday the 13th!...if you are the superstitious type) and another in 2036.

The 2029 approach calculates Apophis to have a 2.7% chance of impacting Earth and is estimated to come no closer 29,470 km (18,300 miles). In fact, to anyone looking up at the sky that night, the asteroid will appear as "a moderately bright point of light moving rapidly across the sky."

The 2036 approach however, is what's got doomsayers into overdrive, and all because the paper initially stated that "a small estimated chance of impact (less than 1 in 45,000 using standard dynamical models) remained for April 13, 2036."

However, in January 2013, NASA had some good news:

"With the new data provided by the Magdalena Ridge [New Mexico Institute of Mining and Technology] and the Pan-STARRS [Univ. of Hawaii] optical observatories, along with very recent data provided by the Goldstone Solar System Radar, we have effectively ruled out the possibility of an Earth impact by Apophis in 2036," said Don Yeomans, manager of NASA's Near-Earth Object Program Office at JPL. "The impact odds as they stand now are less than one in a million, which makes us comfortable saying we can effectively rule out an Earth impact in 2036. Our interest in asteroid Apophis will essentially be for its scientific interest for the foreseeable future."

So, why does Russia want to blow it up?

According to lead researcher, Sabit Saitgarayev of the Makeyev Rocket Design Bureau, the upgraded intercontinental ballistic missiles (ICBM) are aimed stopping asteroids 20-50 meters in size. Which is similar to the one that exploded in the skies of Chelyabinsk in 2013 and injured more than 1,000 people.

Saitgarayev emphasized the speed at which the upgraded intercontinental ballistic missiles can be used as compared to most rockets. He says that because most rockets take about 10 days to fuel, it's ineffective against asteroids that are detected several hours before coming close to the Earth.

Because of Russia's in-your-face-nuke-em-asteroids approach, not everybody is thrilled with this announcement. Astrophysics professor Henry Melosh of Purdue University, who worked on NASA's Deep Impact mission, warned that the project is "misguided and potentially dangerous."

While others are saying that if approved, Russia would be in violation of the Outer Space Treaty of 1967, which explicitly forbids "placing nuclear weapons or any other weapons of mass destruction in orbit of Earth, installing them on the Moon or any other celestial body, or to otherwise station them in outer space."

Russia both signed and ratified this treaty along with 104 other parties around the world including China, North Korea, and the United States.