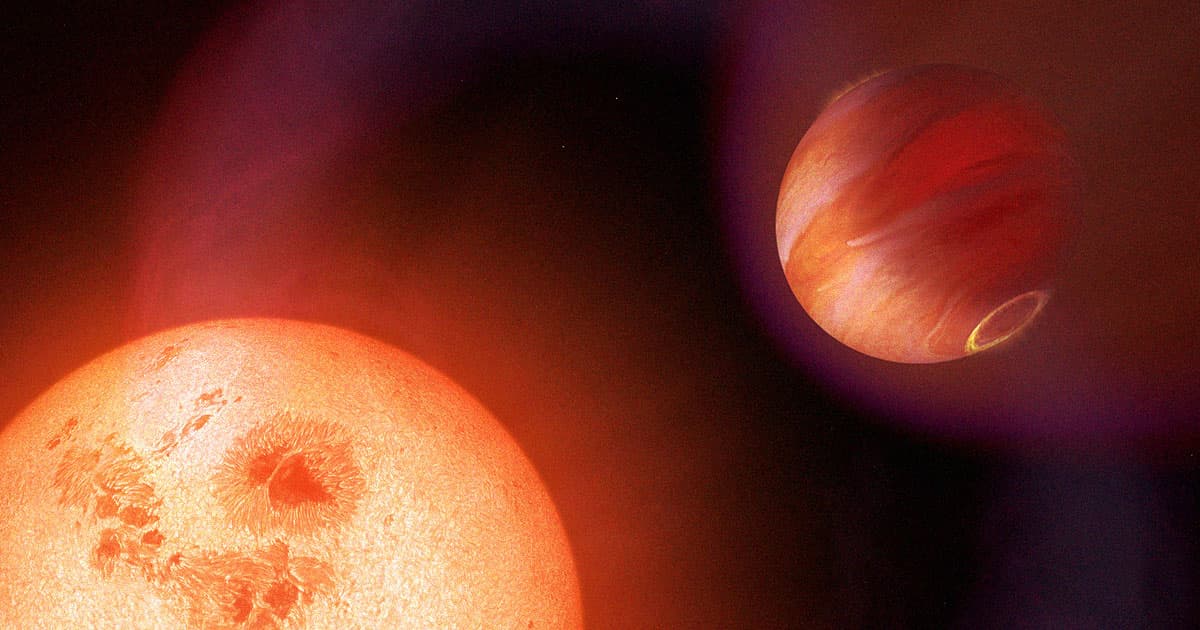 This Bizarre Hell Planet Might Be the Most Brutal Ever Discovered

Scientists call it an "ultrahot Jupiter."

Scientists call it an "ultrahot Jupiter."

Researchers have discovered a planet that’s five times bigger than Jupiter and orbits so closely to its sun that its daytime heat shreds molecules apart into atoms — which makes it one of the most metal planets to ever exist (besides the ones actually made of metal, of course).

The planet is dubbed TOI-2109b, according to a paper published in The Astronomical Journal last week that details the scientists’ findings. It’s considered to be an “ultrahot Jupiter,” a delightful phrase that describes gas giants that orbit extremely close to their stars and have surface temperatures that are more than 3,500 degrees Fahrenheit.

As for TOI-2109b itself, the planet can hit daytime surface temperatures of nearly 6,000 degrees Fahrenheit, and orbits its star in just 16 hours — one of the shortest orbits for a planet ever recorded, according to an MIT press release.

The gas giant was discovered in May 2020 using NASA’s Transiting Exoplanet Survey Satellite (TESS). Researchers observed the planet over the next year using observatories on Earth, and were eventually able to confirm the ultrahot Jupiter’s existence.

“Everything was consistent with it being a planet, and we realized we had something very interesting and relatively rare,” Avi Shporer, research scientist at MIT’s Kavli Institute for Astrophysics and Space Research and co-author of the study, said in the release.

As you can expect, observations revealed that the planet had a number of extreme anomalies.

For one, it gets so hot that the molecules on the planet rip apart, only to combine back together when nighttime falls. The planet is also spiraling towards its star relatively fast when compared to other hot Jupiters.

Researchers now hope that the upcoming James Webb Space Telescope will allow them to study the planet as it gets even closer to its sun. In their paper, the authors say that it’ll offer them an incredible opportunity to study the “nature of planets at their most extreme.”

Against All Odds
If the Readings Are Right, There’s Something Very Strange About This Exoplanet
10. 23. 20
Read More
Snap
Scientists Just Took an Actual Picture of a Planet in Another Star System
10. 6. 20
Read More
A Bit On the Nose
An Earth-Sized Planet Is Floating Around Without a Star
10. 2. 20
Read More