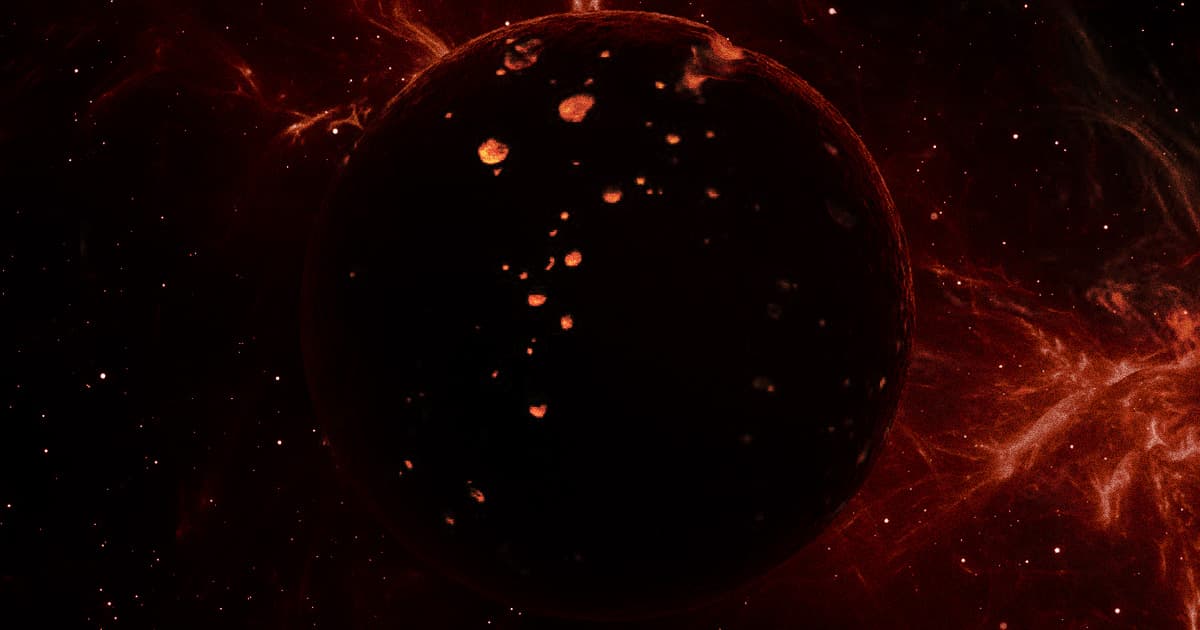 "One could say that this planet gets rainy in the evening, except it rains iron."

"One could say that this planet gets rainy in the evening, except it rains iron."

Scientists have discovered an extremely brutal exoplanet where the atmosphere is so rich in iron that it literally rains down from the sky.

“One could say that this planet gets rainy in the evening, except it rains iron,” project leader David Ehrenreich of the University of Geneva said in a press release.

Using the European Southern Observatory (ESO), astronomers found the bizarre exoplanet, now named WASP-76b, 640 light-years away in the Pisces constellation. WASP-76b has such bizarre temperatures and chemistry, according to an ESO press release, that ultrahot days actually vaporize the planet’s iron — and at night it cools, condenses, and falls back down as metallic rain.

WASP-76b is tidally locked, according to research published Wednesday in the journal Nature. That means that the same half of the planet is always facing its sun, and the other is stuck in a permanent night. So when iron vaporizes on the hotter hemisphere, it gets carried to the night side on strong winds. When it hits the part of WASP-76b trapped in perpetual dusk, it creates an iron rainstorm.

The team pulled off the detailed analysis with a tool called ESPRESSO. Originally meant to merely identify exoplanets, it turns out ESPRESSO is particularly good at learning about them after they’ve been found.

“What we have now is a whole new way to trace the climate of the most extreme exoplanets,” said Ehrenreich.