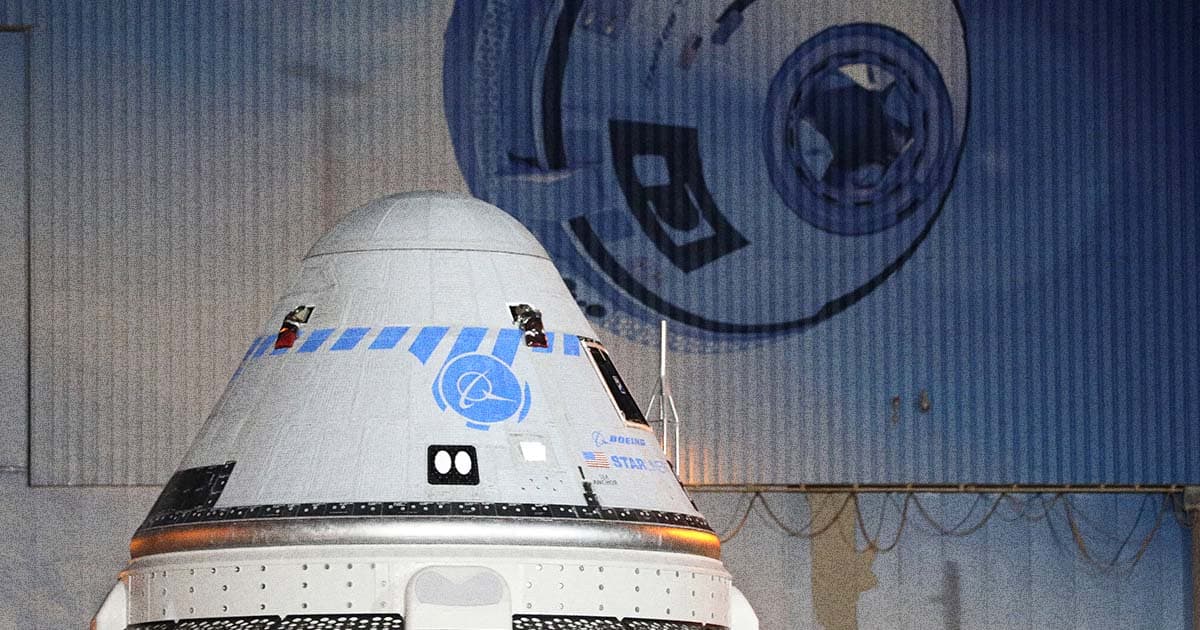 Boeing's Starliner — the military contractor's approximate answer to SpaceX's Crew Dragon, as a shuttle for astronauts to reach the International Space Station and other low-Earth orbit destinations — just keeps on finding new ways to cause headaches for its engineers.

NASA and Boeing announced on Tuesday that they've removed and shipped two potentially damaged fuel valves from the spacecraft to the Marshall Space Flight Center, according to Ars Technica. Engineers will examine them as part of an investigation into a delayed August launch, which was called off after the fuel valves failed to open as designed during last-minute tests.

"We have no indication that there was going to be any problem with these valves," John Vollmer, the manager of Boeing's commercial crew operations, said at a Tuesday press conference in comments heard by The New York Times.

Though the valves are now undergoing further analysis, Boeing’s chief engineer for space and launch Michelle Parker told reporters at the news conference that the company believes that humidity is the issue, according to Ars Technica.

More specifically, Boeing thinks that humidity must have gotten into the Starliner at some point during the 46 days the craft was fueled. Parker added that dew points were high throughout August at the launch site. The humidity, coupled with the oxidizer and nitric acid, likely caused the valves to corrode.

Both Boeing and NASA will attempt to recreate the corrosion in similar conditions to verify that this was indeed the cause of the issue.

This is awfully embarrassing for Boeing, which despite designing the Starliner craft to be able to withstand Florida’s climate, still managed to create a craft that couldn't deal with the humidity.

The Starliner project itself has also garnered a rough reputation for frequent delays and issues that date back to 2019, when it failed to even reach the space station due to software glitches. NASA has even obliquely indicated faltering hope for the project — going as far as reassigning its Starliner crew to SpaceX launches.

More on the Starliner: NASA Quietly Signals that Boeing’s Spacecraft Is Going Nowhere