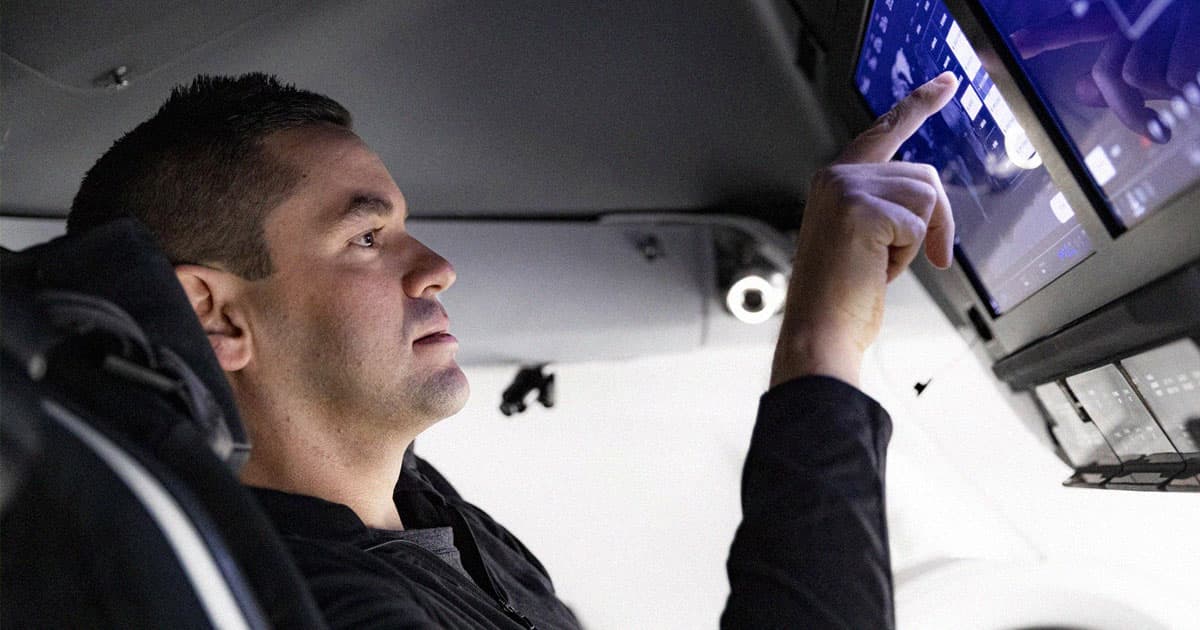 "We’re going to go farther into space than humans have gone since we've last walked on the Moon."

"We’re going to go farther into space than humans have gone since we've last walked on the Moon."

Talk about an expensive hobby.

Billionaire Jared Isaacman, who flew to orbit on SpaceX’s Inspiration4 mission last year, has purchased three more flights with the company as a part of a series of missions known as “Polaris,” The Verge reports.

The first launch, dubbed “Polaris Dawn,” is slated for late 2022. It’ll take a Crew Dragon capsule to the “highest Earth orbit ever flown” and will even include a commercial spacewalk, according to the Polaris Program’s website.

“We’re going to go farther into space than humans have gone since we’ve last walked on the Moon,” Isaacman told The Today Show.

Isaacman previously served as a mission commander for the Inspiration4 mission, famously mugging for cameras to show off the view of the Crew Dragon capsule’s toilet. He’ll be a part of Polaris Dawn’s crew of four who will spend up to five days in orbit roughly 300 miles above Earth.

As with Inspiration4, Isaacman will be bankrolling the whole operation while also raising money for St. Jude’s Children’s Hospital — so it’s not all an ungodly expensive flex of his wealth. The launches will also be leading up to his final flight that’s slated to be the first crewed launch of SpaceX’s megarocket Starship.

Billionaires buying their way into space is an undoubtedly ridiculous display of affluence, but it’s also an effective way for spaceflight operations to make money while creating opportunities to research effects of space travel on the human body and testing new instruments as SpaceX plans to do.

Still, it’ll be much cooler if space travel becomes more open to everybody, and not just the uber wealthy.