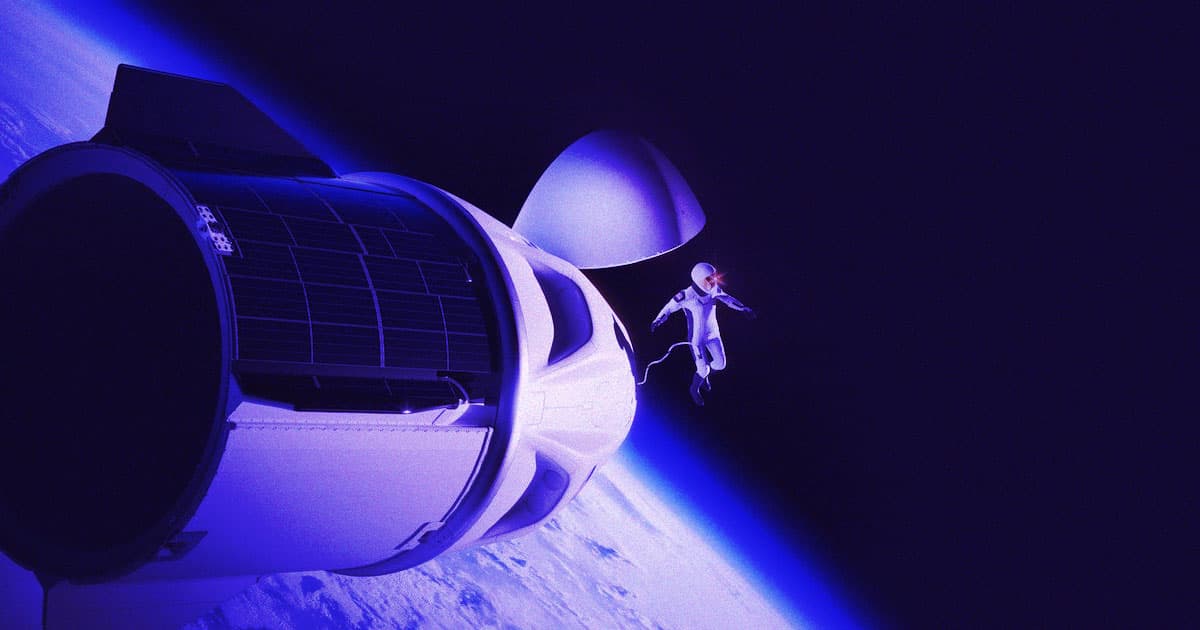 And it's scheduled soon.

And it's scheduled soon.

SpaceX is planning to facilitate the first-ever commercial extravehicular activity in space, which will involve astronauts venturing outside of its Crew Dragon spacecraft.

The company is aiming for the historic spacewalk to occur “no earlier than the fourth quarter of 2022,” according to a statement.

It’s SpaceX yet again pushing the envelope when it comes to private spaceflight. In September 2021, a crew of four private tourists, who didn’t go through NASA’s conventionally rigorous astronaut training, spent three days circling the Earth before safely splashing back down as part of the Inspiration4 mission.

For this launch dubbed Polaris Dawn, the crew of four — which includes Inspiration4 mission commander Jared Isaacman, who will reprise his role as billionaire space tourist — will spend up to five days in orbit, with the goal of reaching “the highest Earth orbit ever flown.” The spacewalk will be attempted at 500 kilometers (310 miles) above the Earth.

The company is also using the opportunity to study space sickness, the effect of space radiation on the human body, and Spaceflight Associated Neuro-Ocular Syndrome (SANS), a disorder in which microgravity imparts pressure on astronauts’ eyes and brains.

On top of those objectives, Polaris Dawn is also looking to test laser-based Starlink communications with the ground, potentially laying the groundwork for a far more robust comms link while in orbit.

“Dragon will have a food warmer & free wifi next time,” he tweeted shortly after the Inspiration4 mission.

The upcoming launch could yet again rewrite commercial spaceflight history, as well as putting SpaceX’s life support systems to the ultimate test. So far, we’ve only seen astronauts don flight suits inside SpaceX’s Crew Dragon spacecraft, which are capable of sustaining life only during brief depressurization events — not the unmediated harshness of outer space.