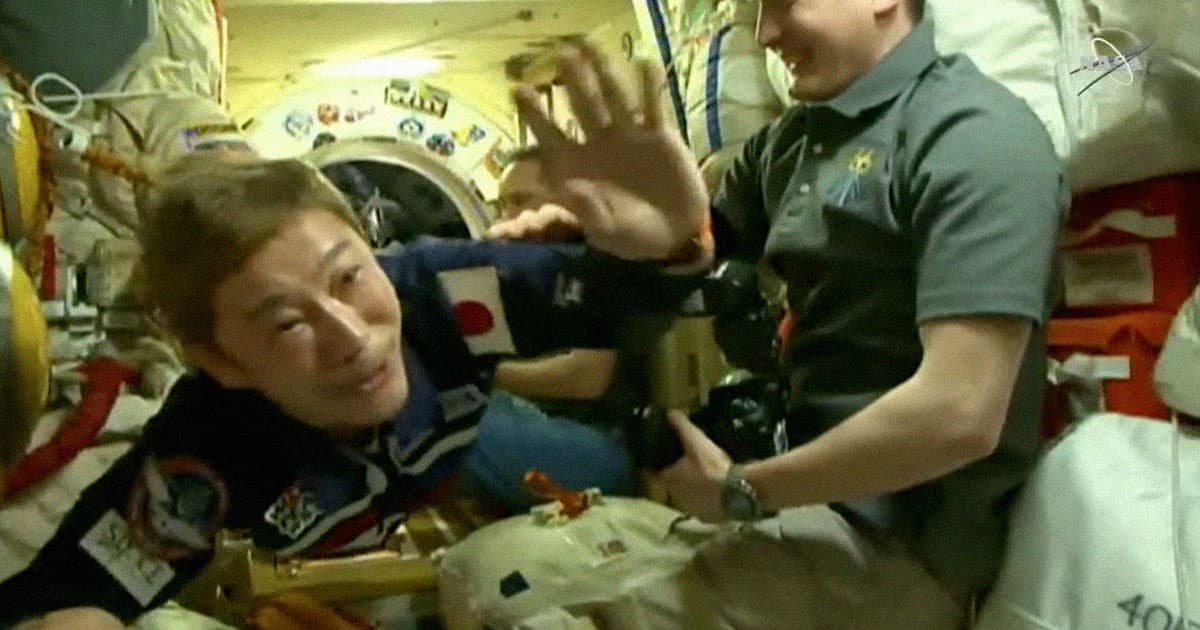 Maezawa, who made his multi-billion dollar fortune founding and then selling off the Japanese fashion e-retailer Zozotown, took off from a Soyuz launch site in Kazakhstan with his production assistant Yozo Hirano and the Russian cosmonaut Alexander Misurkin.

The Japanese billionaire and art collector is the first space tourist in more than a decade to board the ISS, and his 12-day trip is a precursor to a planned SpaceX Starship voyage to the Moon that's currently slated for 2023 at earliest. He was the first person to buy such a trip from SpaceX, back in 2018.

He also infamously began searching for a girlfriend to travel to the Moon with him in early 2020, only to cancel the search and the reality show he was going to star in and produce in about it, likely because the cringe factor was too high.

Ahead of the Soyuz launch, Maezawa told reporters he felt "like an elementary school student about to go on [an] outing,” and that he had never thought he'd be able to achieve his "dream."

And if looks are any indication, he's just as excited to be in orbit as he was to take off.

READ MORE: Check Out How Stoked This Billionaire Is to Leave Our Dying Planet