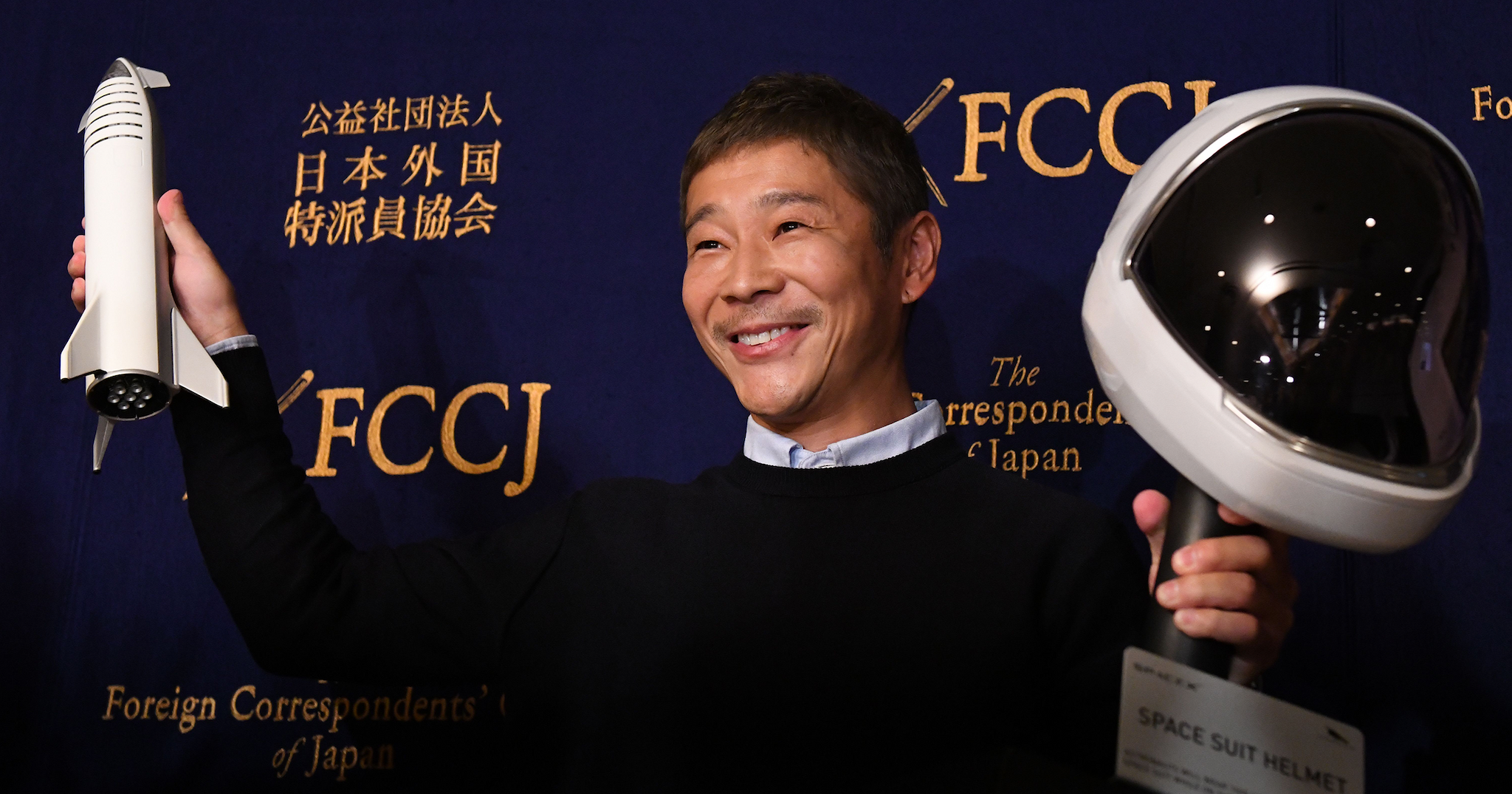 "Elon Musk has said it shouldn't be too hard."

"Elon Musk has said it shouldn't be too hard."

The Securities and Exchange Commission might not be convinced that Elon Musk always tells the truth, but that isn't stopping Yusaku Maezawa from taking the controversial entrepreneur at his word.

Maezawa is the Japanese billionaire paying Musk's SpaceX an undisclosed — but likely exorbitant — amount of money in exchange for a trip around the Moon. During a news conference at the Foreign Correspondents’ Club of Japan in Tokyo on Tuesday, he told reporters he wasn't sweating the training he'd have to undergo for the first-of-its-kind mission.

Granted, he doesn't know what exactly that training will be yet.

But he's still calm about it. Why? The assurance of Elon Musk.

"It hasn't been decided yet what training I will need to undergo, but Elon Musk has said it shouldn't be too hard," Maezawa said.

Maezawa doesn't think he'll have trouble fitting training into his schedule, either. He only visits the offices of his fashion company Zozo three or four times a week for about six hours per day, he said.

Add to that the fact that the Big Falcon Rocket that will carry Maezawa to the Moon isn't expected to lift off until 2023, and he should have plenty of time to get in tip-top space tourist shape — whatever that means.