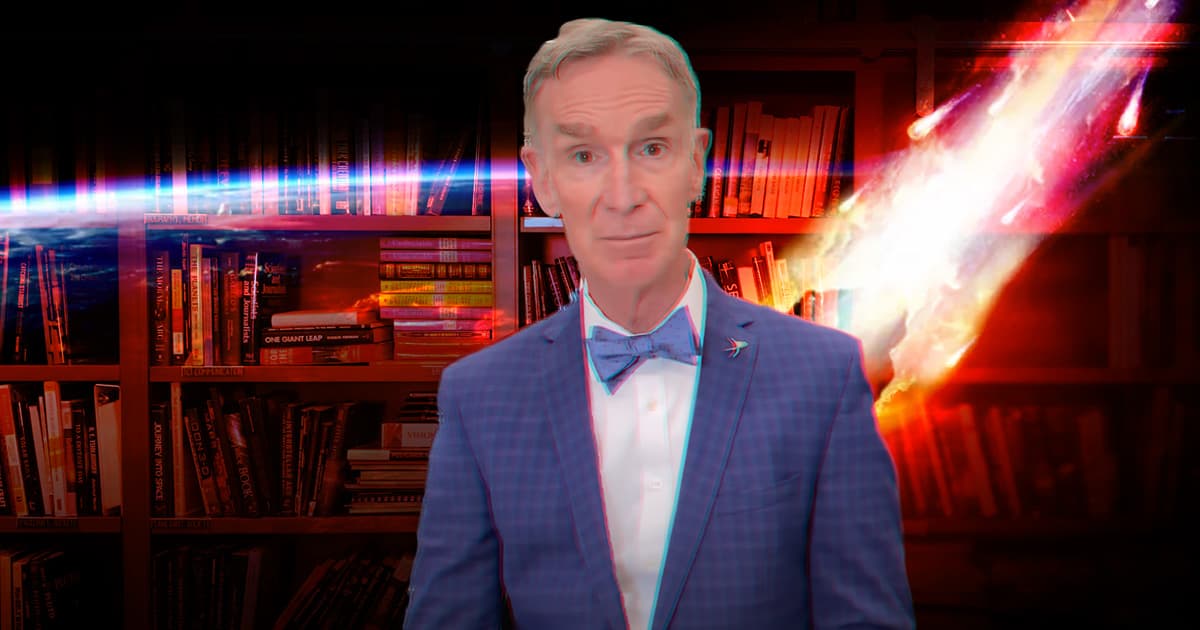 "The coming decade could be the most exciting time for NASA since the Apollo Moon landings. But it is not guaranteed."

"The coming decade could be the most exciting time for NASA since the Apollo Moon landings. But it is not guaranteed."

Beloved pop science communicator and Planetary Society CEO Bill Nye released an open letter today addressed to president Joe Biden in which he and the Society call on the White House to deepen its commitments to NASA's science programs.

The Planetary Society has been advocating for space exploration since 1980 after being co-founded by famed astronomer Carl Sagan. Nye became executive director of the society in 2010.

In a video address uploaded to YouTube, Nye outlined five recommendations by the Planetary Society, which include to taking "active steps to protect the planet from dangerous asteroids and comets."

To wit, the Society is calling for an approximately $50 million increase in the yearly budget of NASA's Planetary Defense Program in order to "better support the detection, tracking, and characterization of threats by supporting a permanent flight program in addition to ground-based observation efforts."

Nye also called on Biden to deepen his administration's dedication to NASA's science programs, as well as planned crewed spaceflight missions to the Moon and Mars.

"The coming decade could be the most exciting time for NASA since the Apollo Moon landings," the letter concludes. "But it is not guaranteed."

Biden is taking over the reigns at a critical juncture in space exploration for the space agency. Preparations for NASA's upcoming Artemis missions to the Moon are well underway, but the program will only meet its optimistic deadlines with consistent and ample funding from the government.

Congress has also been putting pressure on NASA's budget to develop a human lunar lander, allocating far less money than what the agency requested for the 2021 fiscal year.

Luckily, early signals from the new administration indicate that the Biden administration has NASA's back to return the first astronauts to the lunar surface as soon as 2024.

"Certainly, we support this effort and endeavor," White House press secretary Jen Psaki said of the efforts during a press conference last week.

Nye argues that space exploration "brings out the best of us," despite our political differences.

"Just think your gift to the future could be a Mars rock, collected by men and women of this generation, sitting in the Oval Office of a future president," referring to the fact that Biden now has pieces of the Moon sitting on a shelf behind him in the White House.