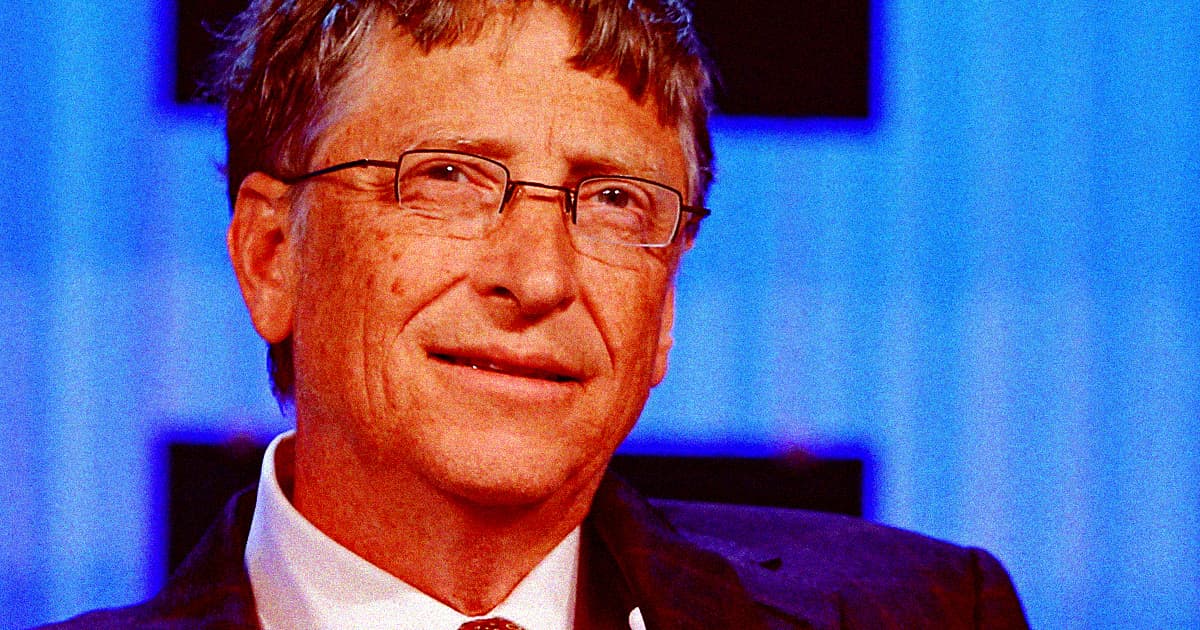 Epstein revealing his connection to Gates "was absolutely a retaliatory move."

Epstein revealing his connection to Gates "was absolutely a retaliatory move."

Even now, months after it was revealed that Bill Gates' relationship with Jeffrey Epstein was likely a driving factor in his divorce and a great source of personal turmoil, more troubling details about the duo continue to emerge.

New reporting from Rolling Stone reveals a greater insight into the disgraced financier and convicted sex criminal's playbook for ingratiating himself to and leeching off of the wealthy and powerful elite — especially the most prominent figures in the Bill & Melinda Gates Foundation. It also reveals that Epstein was notoriously petty: Boris Nikolic, the physician close to Gates who Epstein named as the substitute executor of his will days before his death in prison, says he fainted when he learned of the role Epstein had given him, adding that it was almost certainly a strategic move to bring Epstein's ties with Gates into the light.

The details uncovered by Rolling Stone suggest that Epstein very deliberately cozied himself up to Gates and other prominent figures in his sphere — a move that Gates seemingly embraced, believing Epstein would be the key to securing more funding for the Gates Foundation. But then, red flags emerged when Epstein asked for a cut of foundation gifts given by whatever high-profile donors he brought in, which seems to be one of the reasons Gates attempted to sever ties with him.

So then, after Epstein found himself in hot water in recent years, people close to the situation told Rolling Stone that he seemed to want to bring Gates down with him.

“It was absolutely a retaliatory move," Nikolic told Rolling Stone of being named executor.

"Over the past few years, we have all learned that Epstein was a master deceiver," he added. "I now see that his philanthropic proposals were designed to ingratiate himself with my colleagues and me in an attempt to further his own social and financial ambitions. When he failed to achieve his goals, he started to retaliate."

READ MORE: What Was the Real Relationship Between Jeffrey Epstein and Bill Gates? [Rolling Stone]

Market Madness
Bill Gates Says He's Quite Concerned About the Global Economy
5. 10. 22
Read More
Evil Personified
Melinda Gates Slams Ex-Husband for Friendship With "Abhorrent" Jeffrey Epstein
3. 3. 22
Read More
Lolita Express
Jeffrey Epstein's Private Pilot Says Famed NASA Astronaut Rode on His Jet
12. 2. 21
Read More
+Social+Newsletter
TopicsAbout UsContact Us
Copyright ©, Camden Media Inc All Rights Reserved. See our User Agreement, Privacy Policy and Data Use Policy. The material on this site may not be reproduced, distributed, transmitted, cached or otherwise used, except with prior written permission of Futurism. Articles may contain affiliate links which enable us to share in the revenue of any purchases made.
Fonts by Typekit and Monotype.