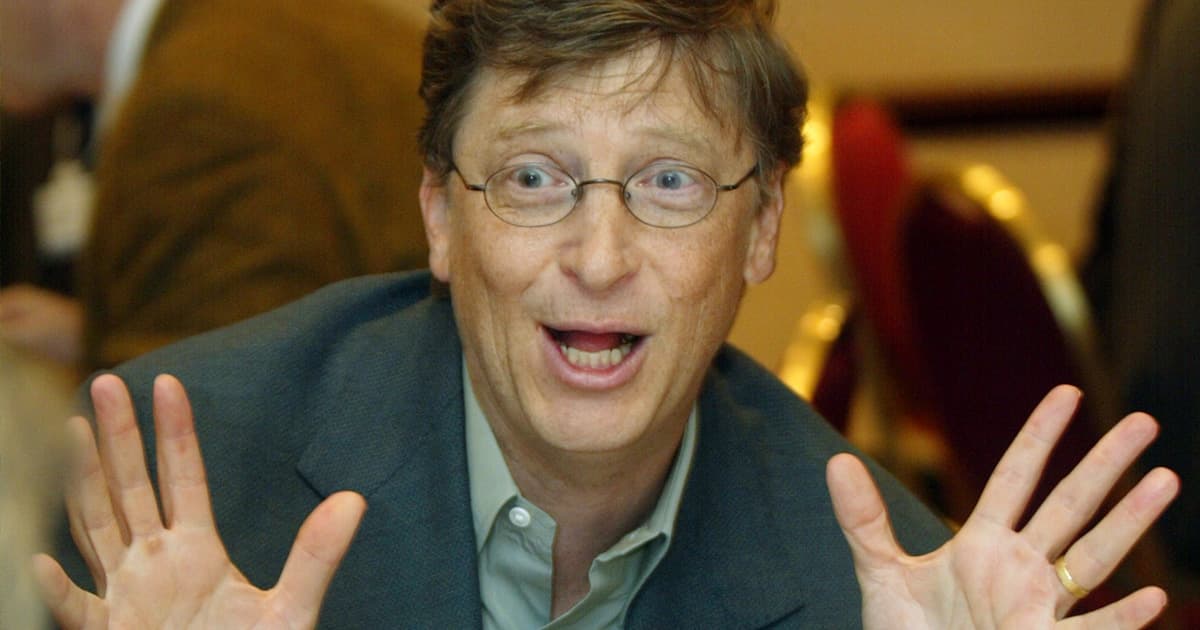 "Why are you taking business meetings with a person like that?"

"Why are you taking business meetings with a person like that?"

Bill Gates can't seem to catch a break over his ties to convicted sex criminal Jeffrey Epstein. Not only were those connections a seemingly major factor in Gates' ongoing divorce, but now a lawyer who represents nine of Epstein's victims is putting Gates on blast all over again.

Gates has long downplayed any relationship with Epstein — an assertion that later reporting undermined — and he even said that he didn't know whose plane he was riding regarding his trips on Epstein's infamous private jet.

But the lawyer, Spencer Kuvin, told The Sun that he's not buying it and that Gates should come forward with any information or evidence he has on Epstein instead of covering his own interests.

Bill Gates first met with Epstein after the latter had already been convicted of sex crimes. And even though Gates eventually severed those ties, perhaps because of his wife Melinda's distaste for Epstein, it seems unlikely that someone as powerful and well-connected as Bill Gates somehow didn't realize who he was dealing with at the time.

"With Bill Gates, his wealth and investigatory powers, I find it incredibly hard to believe that he would not have known the full extent of the allegations that have been brought against Epstein here for that," Kuvin added.

Ultimately, Kuvin wanted to remind Gates and the world that Epstein's associate, Ghislaine Maxwell, is still under investigation for alleged sex trafficking and that Gates may be able to help.

"Remember, there's an ongoing investigation regarding Ghislaine Maxwell," Kuvin said. "So if Mr. Gates, has information that could assist in that investigation, I would say he should step forward."

READ MORE: 'STEP UP BILL' Bill Gates urged to give evidence to Ghislaine Maxwell investigators about ties to Jeffrey Epstein by victims’ lawyer [The Sun]

More on the Gates divorce: Melinda Gates Met With Divorce Lawyers Around the Time of Epstein's Arrest

Bill Gates Doubles Down on Eradicating Mosquitoes with Genetic Engineering
9. 10. 16
Read More
Bill Gates: Mosquitoes Should Be Genetically Modified to End Malaria
6. 20. 16
Read More
More and More
Oh Great, Gas AND Solar Prices Are Going Up
Yesterday
Read More
+Social+Newsletter
TopicsAbout UsContact Us
Copyright ©, Camden Media Inc All Rights Reserved. See our User Agreement, Privacy Policy and Data Use Policy. The material on this site may not be reproduced, distributed, transmitted, cached or otherwise used, except with prior written permission of Futurism. Fonts by Typekit and Monotype.