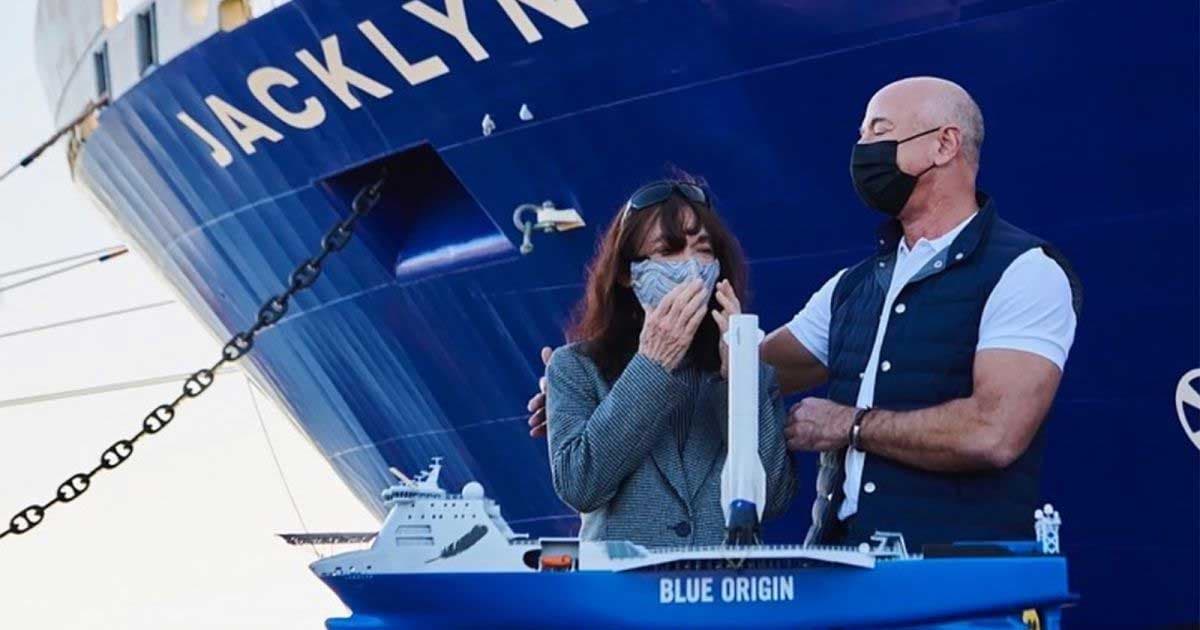 Blue Origin CEO Jeff Bezos has cancelled plans to transform a secondhand ocean freighter — which he had already renamed after his mother, Jacklyn Bezos — into a seaborne rocket recovery site, CNN Business reports.

Bezos, who originally purchased the 600 foot long cargo ship back in 2018, announced in a very public December 2020 ceremony that the vessel would be converted into a recapture facility for Blue Origin's forthcoming New Glenn rocket's first stage boosters.

"New Glenn’s first stage will come home to the Jacklyn after every flight," Bezos wrote on Instagram, following the grand reveal. "It couldn’t be more appropriately named — Mom has always given us the best place and best heart to come home to."

His mother was the one to christen the vessel with a bottle of bubbly, and rightfully so.

But sadly, it seems that some gifts are simply too expensive, even for mom. Blue Origin is now abandoning the project on account of cash — and as the New Glenn endeavor is already years behind schedule, they likely need find a new solution pretty fast.

The ability to recapture first-stage rocket boosters — which are costly to build — is important for any private organization that wants to compete financially with Elon Musk's SpaceX. Musk's enterprise currently uses drone barges to catch its reusable Falcon 9 boosters, an innovation that drastically reduces the still-high price of space travel.

It looks like Blue Origin is still intending to get a New Glenn craft into orbit by the end of the year, though without a recapture site, that might be difficult.

As for the Jacklyn, it's unclear what will come of the now-forlorn vessel. But if Bezos wants to make it up to mom, we might suggest he consider renaming his megayacht.

READ MORE: Jeff Bezos' ship, named for his mom, will no longer be used to catch rockets [CNN Business]