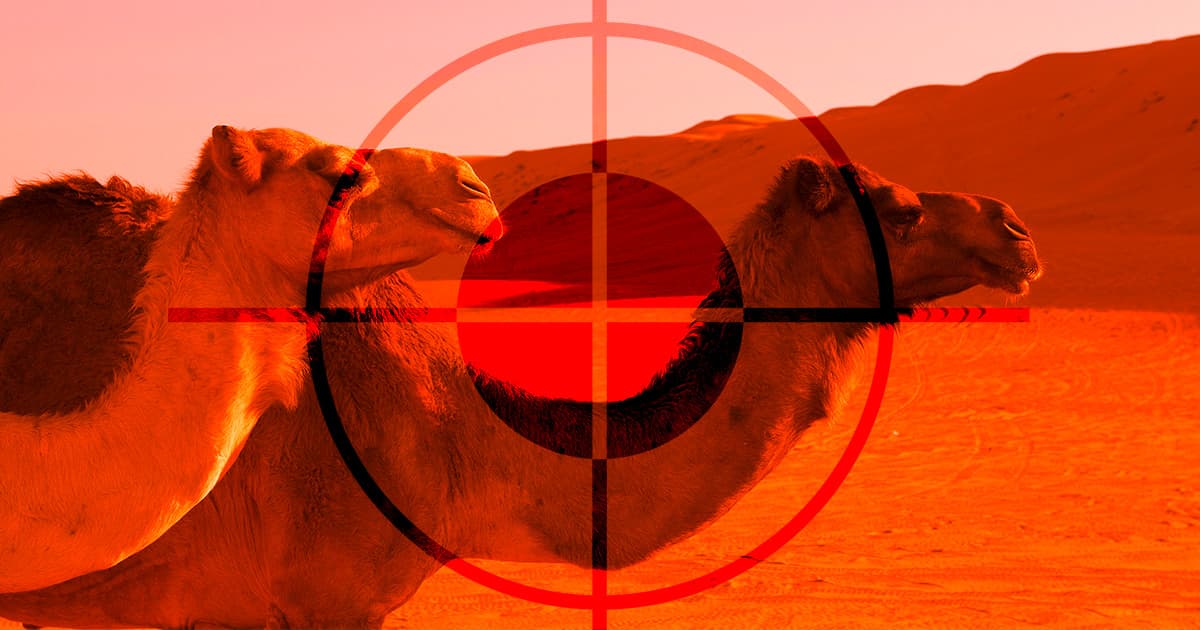 The ongoing cull is meant to preserve dwindling water supplies.

The ongoing cull is meant to preserve dwindling water supplies.

On Wednesday, the Australian government began its plan to shoot 10,000 camels over five days.

The fire-ravaged continent's large camel population has grown increasingly desperate in the face of dwindling water supplies, according to The Indian Express. In their search for new water, the camels reportedly threatened aboriginal communities and damaged local infrastructure, prompting the government to commission snipers to gun the camels down from helicopters — a gloomy illustration of the ongoing wildfires' devastating impact.

A press release shared by the local government justified the cull by arguing that camels encroaching on communities pose a safety hazard.

"We have been in stinking hot and uncomfortable conditions, feeling unwell," APY Executive Board member Marita Baker said in the release, "because all the camels are coming in and knocking down fences, getting in around the houses and trying to get to water through air-conditioners."

"They are roaming the streets looking for water," she added.

Camels are an invasive species in Australia, according to The Indian Express. The wild camel population — likely the world's largest at over a million strong — was introduced in the middle of the 19th century and can double every nine or so years.

Thousands of animals gunned down as they struggle to survive is a grisly image. But as the camels destroy cultural sites and contaminate water supplies, the cull might provide momentary relief to local communities.

READ MORE: Explained: Why Australia is killing thousands of camels [The Indian Express]

High Up
Only the Poorest People in North Korea Want to Live in the Tops of High-Rises
Apr 17
Read More
Burn Baby Burn
Oil Company That Caught Ocean on Fire Has Staggeringly Long History of Death, Accidents
7. 3. 21
Read More
Brands We Love
This $20 Virtual Gardening Master Class Is the Secret to Finding Your Green Thumb
9. 2. 20
Read More
+Social+Newsletter
TopicsAbout UsContact Us
Copyright ©, Camden Media Inc All Rights Reserved. See our User Agreement, Privacy Policy and Data Use Policy. The material on this site may not be reproduced, distributed, transmitted, cached or otherwise used, except with prior written permission of Futurism. Fonts by Typekit and Monotype.