The company is responsible for hundreds of deaths and accidents. 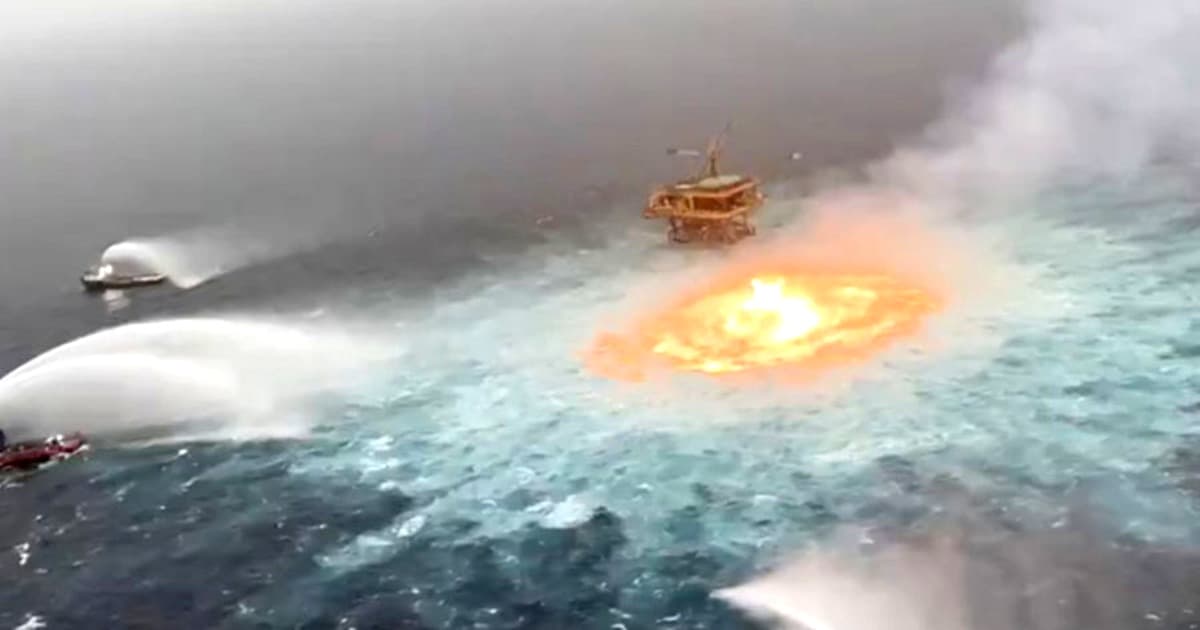 The oil company behind the whole catching-the-ocean-on-fire incident has — unsurprisingly — a long history of terrible and deadly accidents.

Petróleos Mexicanos, more commonly known as Pemex, has a record of major accidents at its facilities and oil wells dating back to 1979. That was the year the company’s exploratory oil well Ixtoc I in the Gulf of Mexico experienced a blowout — resulting in one of the worst oil spills in history, according to the BBC.

In 1992, the company was found to be at fault for a series of ten explosions that occurred in Guadalajara, Mexico caused by gasoline in the city’s sewers. The explosions claimed the lives of about 252 people, though some claim that the death count was actually as high as 1,000, according to a study conducted by ARIA, a French agency charged with investigating industrial accidents.

The explosions resulted in four Pemex officials being charged for negligence, though they were eventually cleared of their charges, much to the chagrin of the survivors of the explosion.

Pemex experienced a roughly 20 year period of relatively few major incidents until 2012, when an explosion occurred at one of the company's gas plants in Reynosa, Mexico. That incident claimed the lives of 30 people and injured 46. It also kicked off nearly a decade of deadly accidents and deaths linked to negligence.

For example, there was the 2013 explosion at the company’s offices in Mexico City, as reported The San Francisco Chronicle. At least 37 people were killed with 126 injured due to the incident, the cause of which has never been confirmed.

In 2016 alone, there were two separate incidents of explosions and fires at the company’s plants and oil tankers that resulted in the deaths of 28 people. Just a few years later in 2019, an explosion occurred at a Pemex pipeline in Hidalgo after several hundred people attempted to get fuel via an illegal pipe drain, according to Global News.

In response, Mexican officials released an astonishingly callous statement saying that the explosion was an example for fuel thieves across the country, despite the fact that nearly 80 died in the blast.

That brings us to 2021, when a Pemex natural gas pipeline burst in the Gulf of Mexico resulting in the ocean catching fire and looking like the Eye of Sauron emerging from the waters.

The ocean is on fire in the Gulf of Mexico after a pipeline ruptured. Good system.

The raging inferno was extinguished after a five hour battle, according to Reuters. Meanwhile, calls for stricter regulation and outright abolishment of oil drilling have emerged in response to the incident.

"Shocking new example of how dirty and dangerous offshore drilling is," said the Center for Biological Diversity in a tweet. "We must stop offering new oil leases in the Gulf and begin to #EndOffshoreDrilling with a just transition to cleaner energy and jobs."

Shocking new example of how dirty and dangerous offshore drilling is. We must stop offering new oil leases in the Gulf and begin to #EndOffshoreDrilling with a just transition to cleaner energy and jobs. https://t.co/1K4Zdqeu4d

While Pemex has announced it would investigate the incident, its long and sordid track record of deadly explosions and fires doesn’t really boost confidence that things will change in the future.

Read This Next
Futurism
Your Hair Can Now Change Color Depending on the Environment
Futurism
Stopping Trump: Obama Creates “Permanent” Ban on Oil Drilling in the Arctic
More on Future Society
Vatican Vagrant
Yesterday on the byte
Elon Musk Takes Flabbergastingly Awkwardly Picture With the Pope
Movie Magic
Yesterday on the byte
Robots Now Delivering VR Porn Headsets to the Terminally Lonely
McDoom
Yesterday on the byte
Sorry Folks, That Photo of Doom Running on a McDonald's Kiosk Is Fake
READ MORE STORIES ABOUT / Future Society
Keep up.
Subscribe to our daily newsletter to keep in touch with the subjects shaping our future.
+Social+Newsletter
TopicsAbout UsContact Us
Copyright ©, Camden Media Inc All Rights Reserved. See our User Agreement, Privacy Policy and Data Use Policy. The material on this site may not be reproduced, distributed, transmitted, cached or otherwise used, except with prior written permission of Futurism. Fonts by Typekit and Monotype.