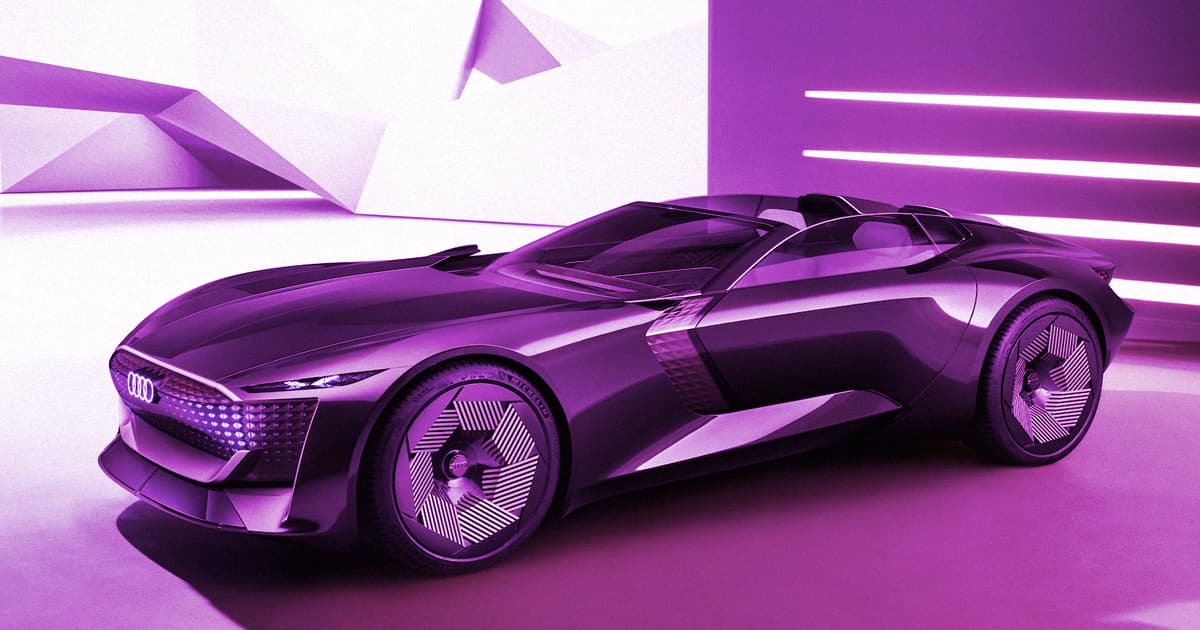 German automaker Audi's latest "skysphere concept" can transform itself from a two-seater sports car into a self-driving living room on wheels — a transformation that causes the entire vehicle to shrink by almost ten inches.

The roadster — which, to be clear, doesn't exist yet beyond some striking renders — makes no compromises. Audi is attempting to envision a driverless future in which the passenger still has the option of taking control if they feel like it.

The concept's "Sports" mode is what you'd expect from a contemporary electric sports car — a sleek roadster with plenty of oomph. But once a special button is pressed, the roadster extends by 25 centimeters to enter "Grand Touring" driving mode. Both the steering wheel and pedals swivel "into an invisible position and thereby completely removed from the interior," according to a press release.

The result: a platform all about "freedom" and relaxation, according to Audi, allowing passengers to "interact with the Internet" (read: watch Netflix).

The concept also packs a total of 465 kilowatts of power, allowing it to accelerate from 0 to 62 mph in just four seconds. It has a theoretical range of over 311 miles.

It's a gorgeous design, worthy of a future where we have the choice between ripping down a country road while gripping the steering wheel — or catching up with the latest TV shows during a particularly boring morning commute.

The key challenge? Engineers will need to build self-driving cars that can actually drive themselves first.

More on Audi: Audi’s New Headlights Can Project Images Like a Movie Theater

New Audi Vehicles Know How Long You'll Wait at a Stoplight in DC
3. 27. 18
Read More
Audi is Introducing Solar Roofs to Increase the Range of Future Vehicles
8. 25. 17
Read More
Audi's New Luxury Sedan is Going to Feature Advanced Self-Driving Technology
7. 12. 17
Read More
+Social+Newsletter
TopicsAbout UsContact Us
Copyright ©, Camden Media Inc All Rights Reserved. See our User Agreement, Privacy Policy and Data Use Policy. The material on this site may not be reproduced, distributed, transmitted, cached or otherwise used, except with prior written permission of Futurism. Articles may contain affiliate links which enable us to share in the revenue of any purchases made.
Fonts by Typekit and Monotype.