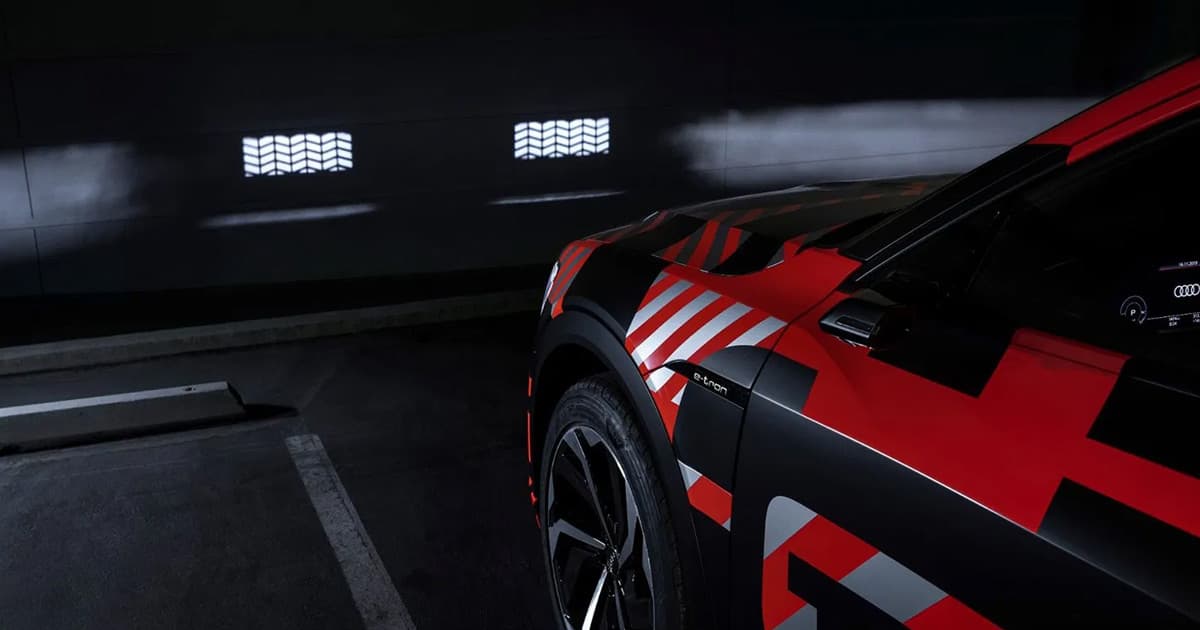 Audi's New Headlights Can Project Images Like a Movie Theater

German automaker Audi has introduced new LED headlights can project images like a movie theater, and which will roll out in its new lineup of electric SUVs, which will be made available at dealerships this month.

The Digital Matrix LED headlights, an option for the 2021 e-tron and e-tron Sportback, are "comprised of 1.3 million micromirrors per headlight" according to a press release. Each micromirror can offset "tiny unique particles of adaptable light" to form animations for when the vehicle is parked or on the road.

Audi is planning to include "five unique welcome and exit lighting signatures with motion graphics" with the first headlights' first generation as seen in a video below.

Beyond some flashy animations meant for when the car is parked, Audi says its headlights will allow its vehicles to light up "a 50-meter  [163 foot] 'light carpet' that is designed to keep light within the driver’s lane." The carpet is primarily designed to stop blinding oncoming drivers.

"Low-beam curved lighting" could also help drivers detect other objects or people to the side of the road as well.

Audi is still working with US regulatory bodies to bring the features beyond the welcoming animations to American roads. The full set of features is only available in Europe so far.

More on Audi: This Futuristic Audi Concept Transforms Itself Into a Flying Taxi