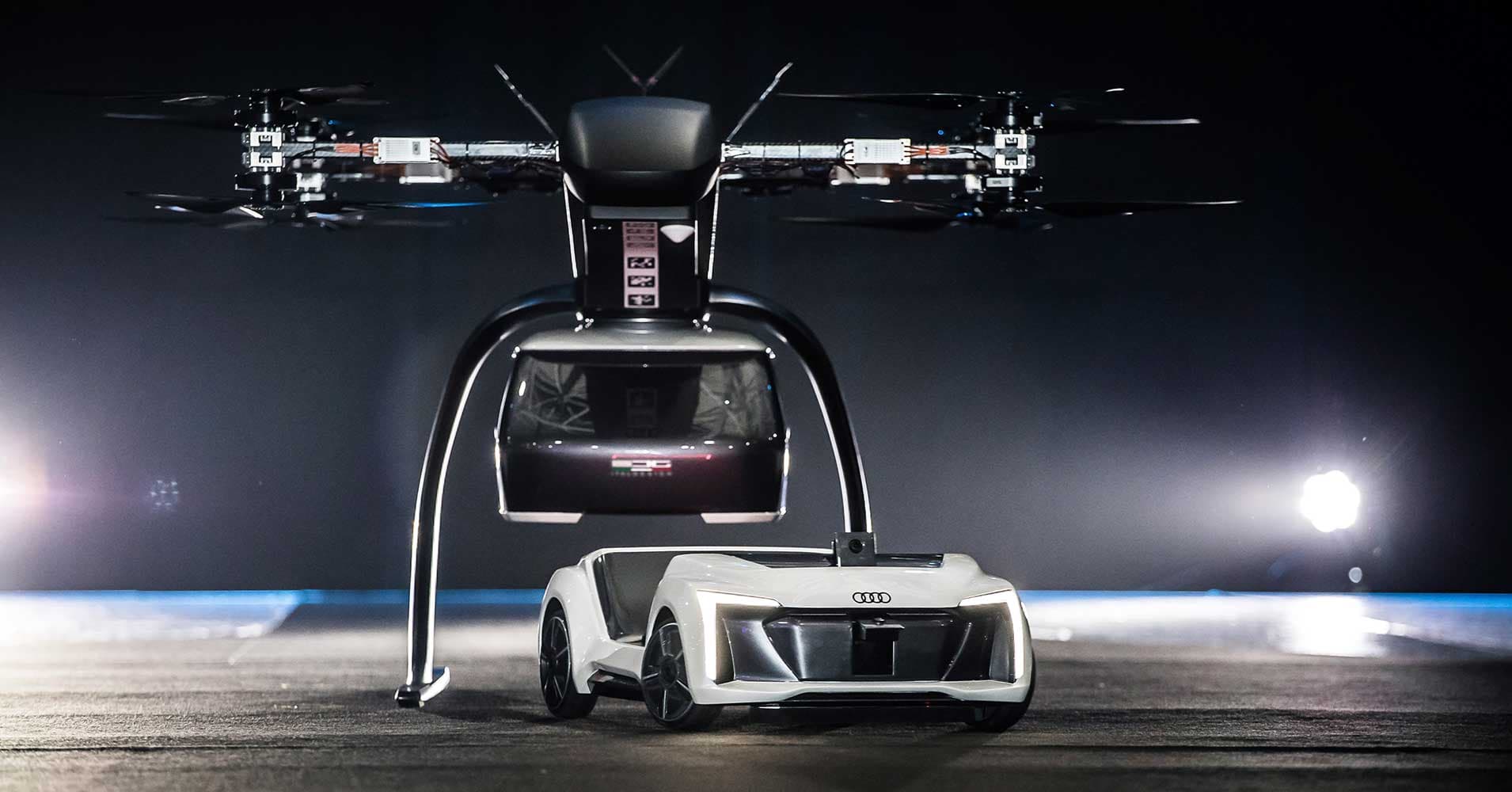 This Futuristic Audi Concept Transforms Itself Into a Flying Taxi

It's like a cross between a flying claw crane and an autonomous car.

It's like a cross between a flying claw crane and an autonomous car.

The idea of flying taxis has been floating around for a while. But solving the so-called "last-mile" problem is difficult — finding suitable spots to land, and connecting them to other modes of transport, will require careful planning.

Now Audi, Airbus and design company Italdesign have partnered up to devise a prototype that could ease that transition. Their brand new concept called "Pop.Up Next" is a futuristic cross between an autonomous car and a flying taxi.

The companies' team showed off an 1:4 scale model at the Amsterdam Drone Week convention, but the idea has been around since at least March.

On the ground, the Pop.Up Next looks kind of like an ultra-modern sedan with sporty lines — kind of like a fully-electric and autonomous Audi, aesthetically.

But it's the detachable passenger cabin that really sets it apart. The cabin can essentially be picked up by a drone module that can park its two legs on either side of the vehicle, and passenger pod.

It then can pick up just the passenger pod, and leave the car — or sled?— behind. Think of it as a bird that swoops down to grab its prey.

Of course, the transition from a quarter-scale model to full-scale is anything but simple — not to mention the complete lack of infrastructure that could support flying taxis in a city.

But Audi is hoping to conduct test operations for a flying taxi at Audi's headquarters in Germany. Futurism has reached out to Audi for a more detailed timeline.

With the likes of Uber and Dutch flying car maker PAL-V making some serious strides in realizing flying car transportation, though, Audi has its work cut out for it.

Autonomous Donuts
Watch a Self-Driving Car Careen Around Corners Like a Racecar
3. 28. 19
Read More
Project Titan
Apple Lays Off 200 Workers From Secretive Self-Driving Car Project
1. 25. 19
Read More
Battle of the Bots
U.S. Grocer Kroger Has Begun Making Autonomous Deliveries
12. 18. 18
Read More
+Social+Newsletter
TopicsAbout UsContact Us
Copyright ©, Camden Media Inc All Rights Reserved. See our User Agreement, Privacy Policy and Data Use Policy. The material on this site may not be reproduced, distributed, transmitted, cached or otherwise used, except with prior written permission of Futurism. Articles may contain affiliate links which enable us to share in the revenue of any purchases made.
Fonts by Typekit and Monotype.