It's a high-tech machine. 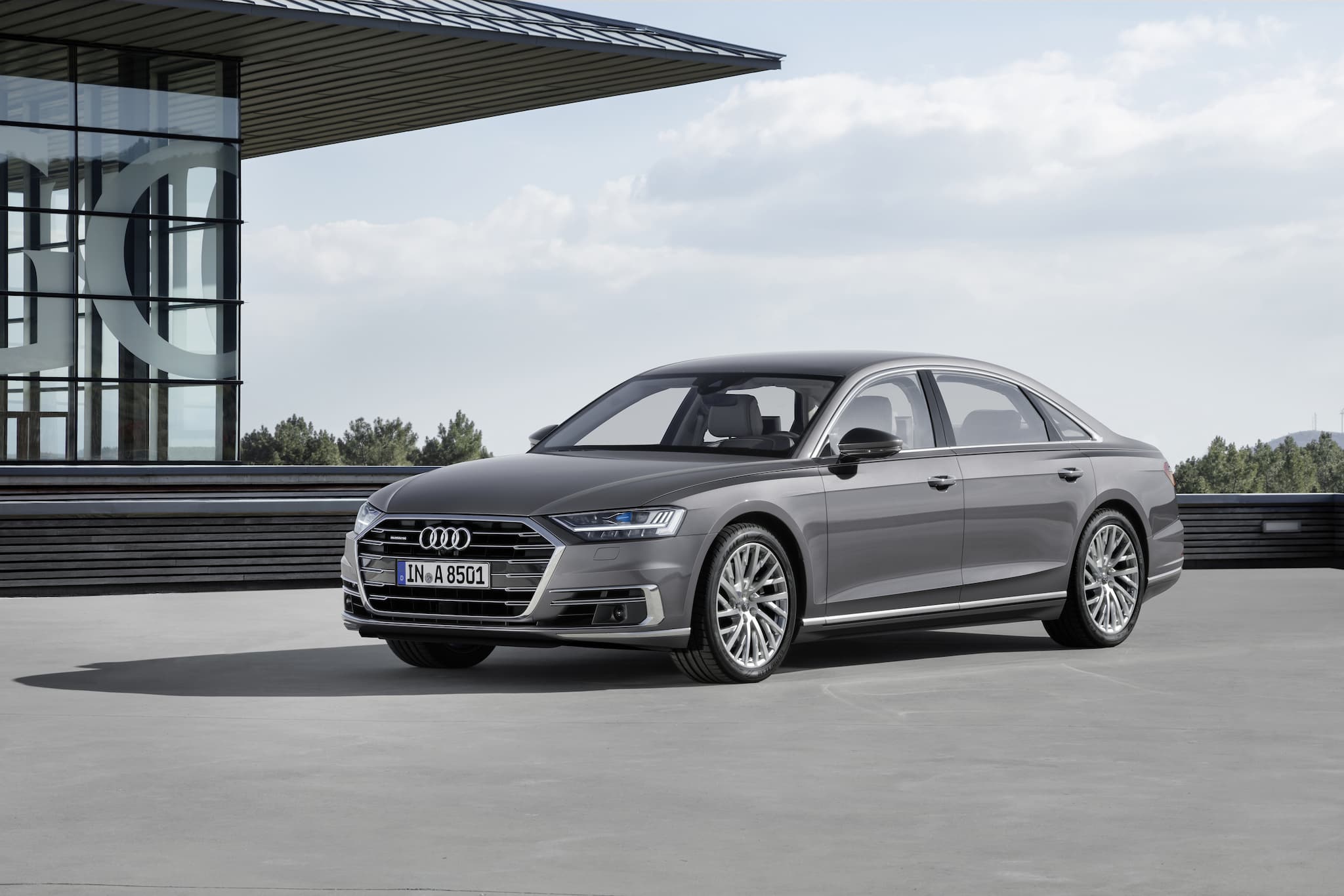 The self-driving car market, which used to a niche one, is slowly going mainstream. Industry veterans are taking on the autonomous vehicle challenge, and the German automaker Audi is not getting left behind.

The company recently announced the production of an all-electric SUV, and now it's gearing up to release the A8, which was unveiled yesterday at the Audi Summit in Barcelona. Not only is the vehicle at the top of Audi's luxury sedan lineup, but the A8 will also come with Level 3 autonomy. That's right, it's going to be capable of driving itself.

The A8 comes with a ton of impressive features, but let's focus on Audi's pilot-driving software. There's the "traffic jam pilot" which is activated by pressing the artificial intelligence (AI) button found on the center console for autonomous driving in slow-moving traffic, according to an Audi press release. To do this, the A8's central driver assistance controller combines sensor data from a front camera, ultrasonic sensors, radar, and — a first in a production car — LIDAR.

The A8 also introduces the Audi AI remote parking pilot and garage pilot. The driver can remotely monitor the car as it parks itself using their smartphone with the new myAudi app, where they can watch a live display from the A8's 360° cameras.

The A8 is a "mild hybrid," and gas and diesel models will be available, both equipped with tech to lower fuel consumption. This may make it more attractive to customers who dread having to charge electric cars.

Read This Next
Red Light
Godfather of Self-Driving Cars Says the Tech Is Going Nowhere
Elon Take the Wheel
Tesla's In-Car Cameras Are Now Spying on Drivers to Make Sure They Pay Attention
Look Ma
It's Shockingly Easy to Drive a Tesla Without Anybody in the Driver's Seat
Drifting DeLorean
Watch a Self-Driving DeLorean Burn Rubber on a Stunt Course
Autonomous Donuts
Watch a Self-Driving Car Careen Around Corners Like a Racecar
More on Advanced Transport
No Shortage of Money
Yesterday on the byte
Tesla Short Sellers Are Suddenly Making Money
RoboHell
Yesterday on the byte
Can We Please Stop With These Offensively Stupid "Robotaxis"?
Apple Car News
Wednesday on the byte
Apple Gives Up on Making Its Upcoming Car Fully Autonomous
READ MORE STORIES ABOUT / Advanced Transport
Keep up.
Subscribe to our daily newsletter to keep in touch with the subjects shaping our future.
+Social+Newsletter
TopicsAbout UsContact Us
Copyright ©, Camden Media Inc All Rights Reserved. See our User Agreement, Privacy Policy and Data Use Policy. The material on this site may not be reproduced, distributed, transmitted, cached or otherwise used, except with prior written permission of Futurism. Articles may contain affiliate links which enable us to share in the revenue of any purchases made.
Fonts by Typekit and Monotype.