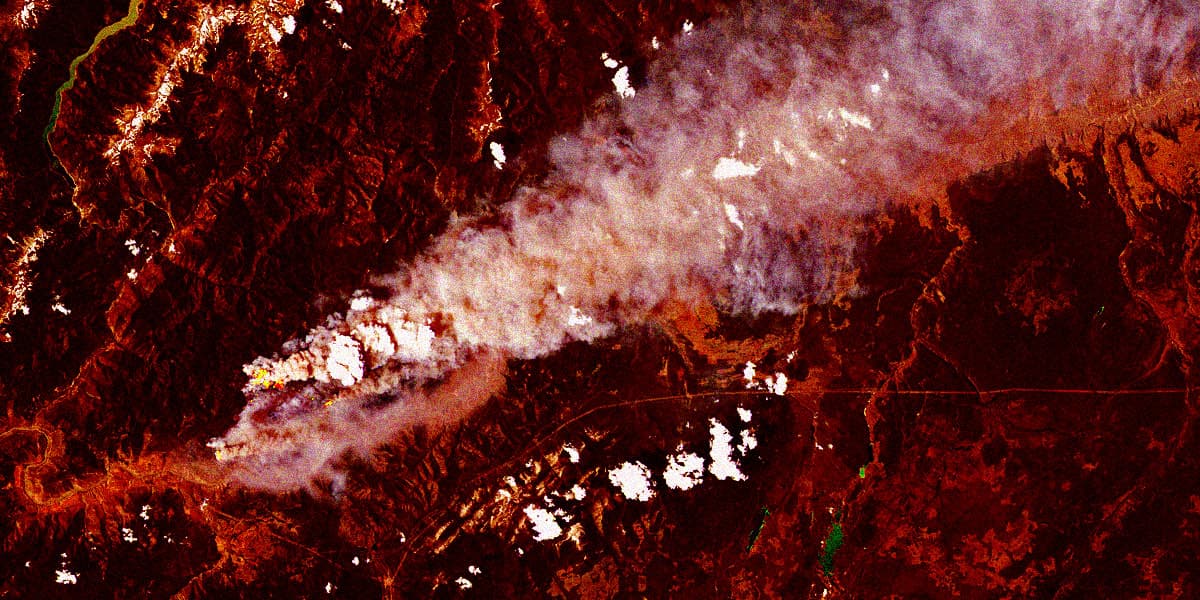 Astronauts Alarmed by Huge Fires on Surface of Earth

It's no secret that our planet is literally and figuratively on fire right now.

In fact, some wildfires are so large that they can now easily spotted from space — an unfortunate perspective of what may be our impending doom.

During a recent call with Insider, NASA astronaut Megan McArthur described the grim experience of being stationed on board the International Space Station while the Earth is in turmoil below.

"We've been very saddened to see fires over huge sections of the Earth, not just the United States," McArthur told the outlet.

She also took the opportunity to call for action.

Satellite images show huge regions across the entire planet engulfed in clouds of smoke of astronomical proportions, from Siberia, Greece, and Spain all the way to the Pacific Northwest.

Turkey has been hit particularly badly this year, as evidenced in videos of vacationers clearing beaches as the fires are raging in the background.

Some, like the Bootleg Fire in Southern Oregon, are so huge that they're creating their own freak weather patterns. The US is even struggling to recruit enough firefighters.

Seeing that demise from several hundred miles floating above the Earth's surface must be shocking, to say the least.

READ MORE: Astronauts say they're saddened to watch the climate crisis from the space station: 'We can see all of those effects from up here' [Insider]

More on wildfire: There Are So Many Wildfires That the US Can’t Find Enough Firefighters

False Dichotomies
British Royal Disses William Shatner's Spaceflight
10. 14. 21
Read More
Tech Hub
The Skies in California Basically Look Like the Apocalypse Right Now
9. 9. 20
Read More
A New Battery Could Store Ten Times the Power as Lithium-Ion
12. 9. 18
Read More
+Social+Newsletter
TopicsAbout UsContact Us
Copyright ©, Camden Media Inc All Rights Reserved. See our User Agreement, Privacy Policy and Data Use Policy. The material on this site may not be reproduced, distributed, transmitted, cached or otherwise used, except with prior written permission of Futurism. Articles may contain affiliate links which enable us to share in the revenue of any purchases made.
Fonts by Typekit and Monotype.