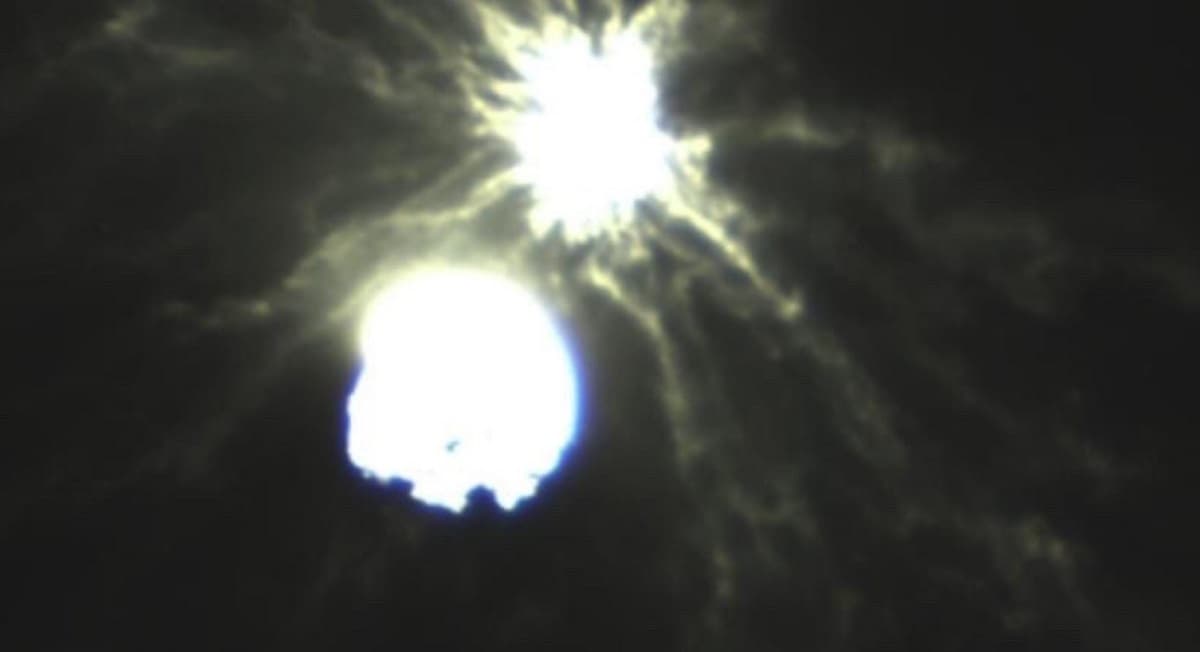 New photos appear to show the epic scale of the impact when a NASA probe smashed into an asteroid at approximately 14,000 miles per hour.

Although the Dimorphos asteroid didn't pose a threat to Earth, the collision was part of the space agency's Double Asteroid Reduction Test (DART), a trial of tech that could potentially push a killer asteroid off course long before it endangered Earth.

As it turns out, a smash like that kicks off quite a show. The Light Italian Cubesat for Imaging of Asteroids (LICIACube), which accompanied DART to the impact site, released a set of photos on Twitter that show what Dimorphos erupting in what appears to be a vast cloud of debris as it's pummeled by the fast-moving probe, as its orbital partner Didymos floats in the foreground.

Here are the first images taken by #LICIACube of #DARTmission impact on asteroid #Dimorphos.
Now weeks and months of hard work are now starting for scientists and technicians involved in this mission, so stay tuned because we will have a lot to tell! pic.twitter.com/kVz1WmcsL7

The imagery builds on footage released earlier that shows a large cloud of debris after the impact. While the collision was successful, though, scientists aren't sure yet if they actually knocked the asteroid off its course.

If the data shows that the impact was successful, though, the trial could provide an invaluable technique should Earth ever need to defend itself against an incoming asteroid.

However, it could be a while before scientists are able to definitively measure Dimorphos' new orbit, so we don't know yet whether the spacecraft that hit it did enough damage to alter its trajectory.

"Weeks and months of hard work are now starting for scientists and technicians involved in this mission, so stay tuned because we will have a lot to tell!" LICIACube said online.

NASA could really use a win right about now given everything that's gone wrong with its Artemis I mission to the Moon. And heck, humanity could also use some good news.

For both reasons, let's hope DART hit a home run.

Updated to correctly identify the site and results of the impact.

More on off-world news: Our Entire Galaxy Is Rippling and the Reason Why is Wild