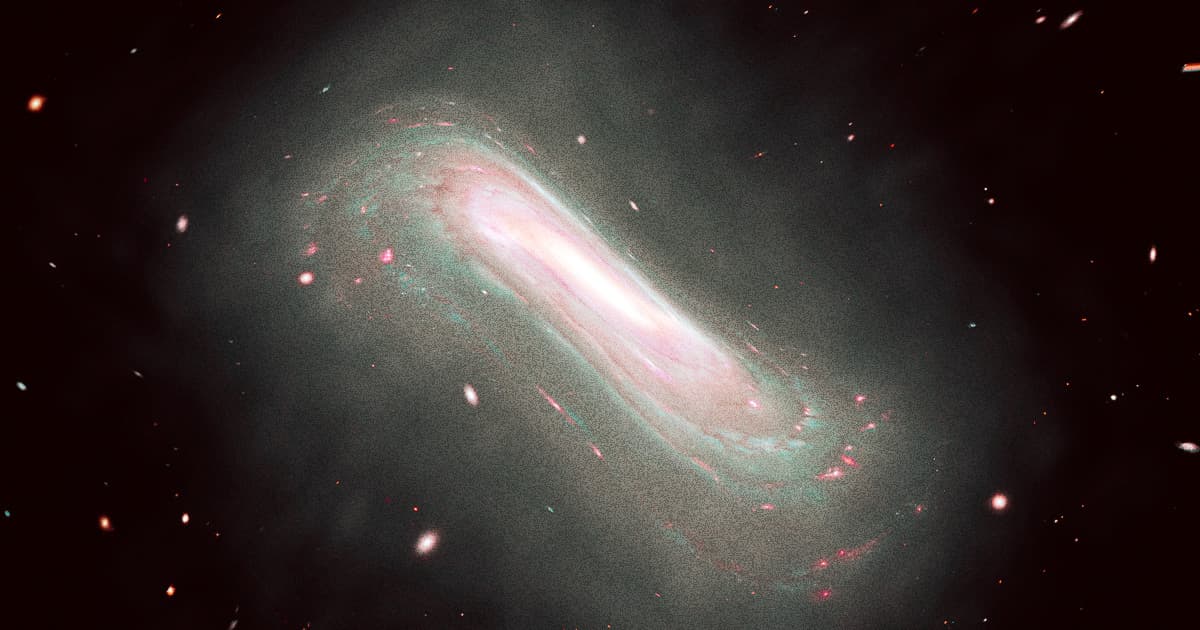 Our Entire Galaxy Is Rippling and the Reason Why Is Wild

"We can see that these stars wobble..."

"We can see that these stars wobble..."

You can't see or feel it, but the Milky Way where our solar system lives is rippling, scientists say, like a pond that's been disrupted by a stone. Except in this case, as Live Science explains, that pond is our home galaxy, and the rock — our neighboring Sagittarius dwarf galaxy — is the size of 400 million Suns.

Eep! Fascinating, if it doesn't trigger an existential crisis.

But fear not, the rippling can't hurt you — and actually, according to a new study published in the journal of the Royal Astronomical Society, there's a lot that this ancient wobbling can teach us about our galaxy's oft-chaotic history.

Importantly, the galactic rock-to-pond collision at hand happened eons ago. Anything that astronomers are seeing now is the result of age-old cosmic impacts. But that being said, if we can't actually see or feel the residual rippling, how do we know it's there?

To examine the cosmic wobble, the international team of researchers used data from the European Space Agency's Gaia space observatory to study the movements of over 20 million Milky Way stars, tracking and comparing their positions. Through a process of "galactic seismology," they modeled the ripples as well as the likely time of the Sagittarius collision in question, which they believe took place hundreds of millions of years ago.

"We can see that these stars wobble and move up and down at different speeds," co-author Paul McMillan, an astronomer at Sweden's Lund University, explained in a translated statement.

While previous studies have concluded that our galaxy indeed is rippling, this one, as Live Science explains, is the first to show that the ripples move all the way through its furthest reaches — a sign that at the time, our comparatively small neighbor was actually much bigger than it is today.

This research also corroborates the hypothesis that the Milky Way and Sagittarius galaxies have actually crashed into each other not once, but multiple times, throughout the history of our universe. And ultimately, it offers a new, fascinating glimpse into the beginnings of our home galaxy and its neighbors — and in studying collisions past, we can hopefully understand the ones likely to happen in the future.

READ MORE: The Milky Way is 'rippling' like a pond, and scientists may finally know why [Live Science]

More on early galaxies: Scientists Puzzled Because James Webb Is Seeing Stuff That Shouldn't Be There

We Just Discovered 72 New Galaxies, Which Means Trillions of New Alien Worlds
11. 29. 17
Read More
A New Technique Just Helped Astronomers Uncover the Oldest Galaxy in the Known Universe
11. 9. 17
Read More
Physicists Have Discovered a Gigantic Magnetic Bridge Spanning Galaxies
5. 17. 17
Read More
+Social+Newsletter
TopicsAbout UsContact Us
Copyright ©, Camden Media Inc All Rights Reserved. See our User Agreement, Privacy Policy and Data Use Policy. The material on this site may not be reproduced, distributed, transmitted, cached or otherwise used, except with prior written permission of Futurism. Articles may contain affiliate links which enable us to share in the revenue of any purchases made.
Fonts by Typekit and Monotype.