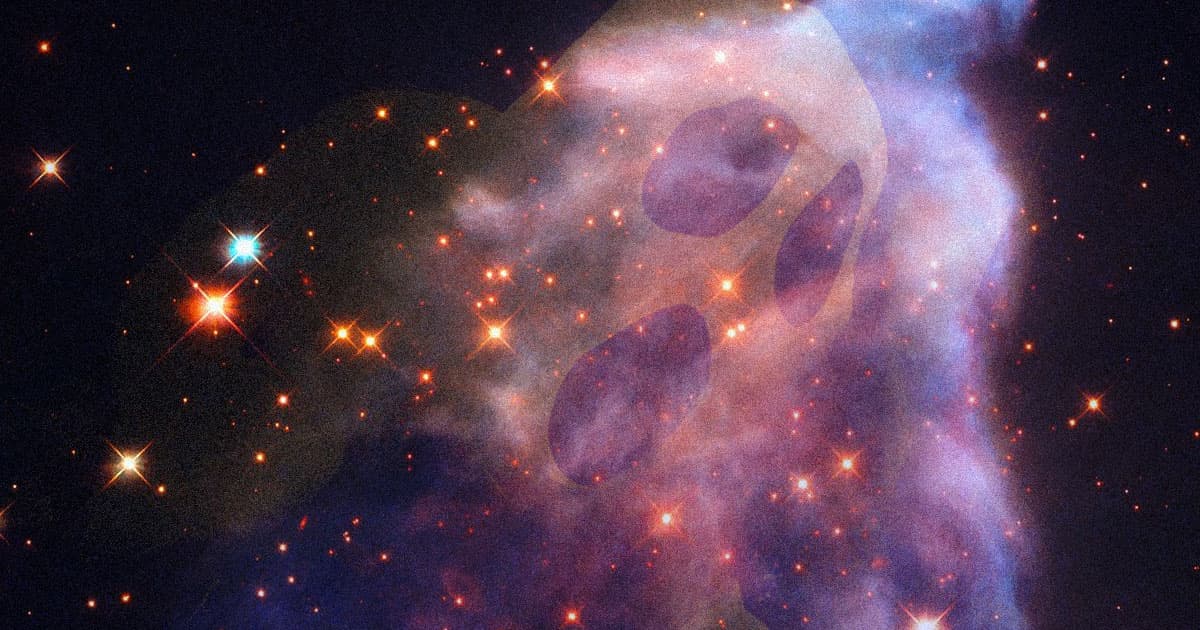 Colliding Galaxies Look Like the Glowing Eyes of a Ghostly Face

Even NASA is getting into the Halloween spirit.

On Tuesday, the agency released an image captured by the Hubble Space Telescope — and it depicts what looks like a ghostly face with glowing spiral eyes.

Obviously, there isn't really a giant face staring us down from 704 million light-years away. But what we're actually seeing in the new Hubble image is just about as wild: a collision between two galaxies.

"Each 'eye' is the bright core of a galaxy, the result of one galaxy slamming into another," NASA wrote in a news release. "The outline of the face is a ring of young blue stars. Other clumps of new stars form a nose and mouth."

This isn't the first time NASA has bridged the gap between the scientific and the spooky.

For Halloween 2018, the agency released Hubble images of a glowing ghost nebula and a "bat shadow" formed by a young star. Four years prior to that, it shared an image of the Sun that looked remarkably like a flaming jack-o'-lantern.