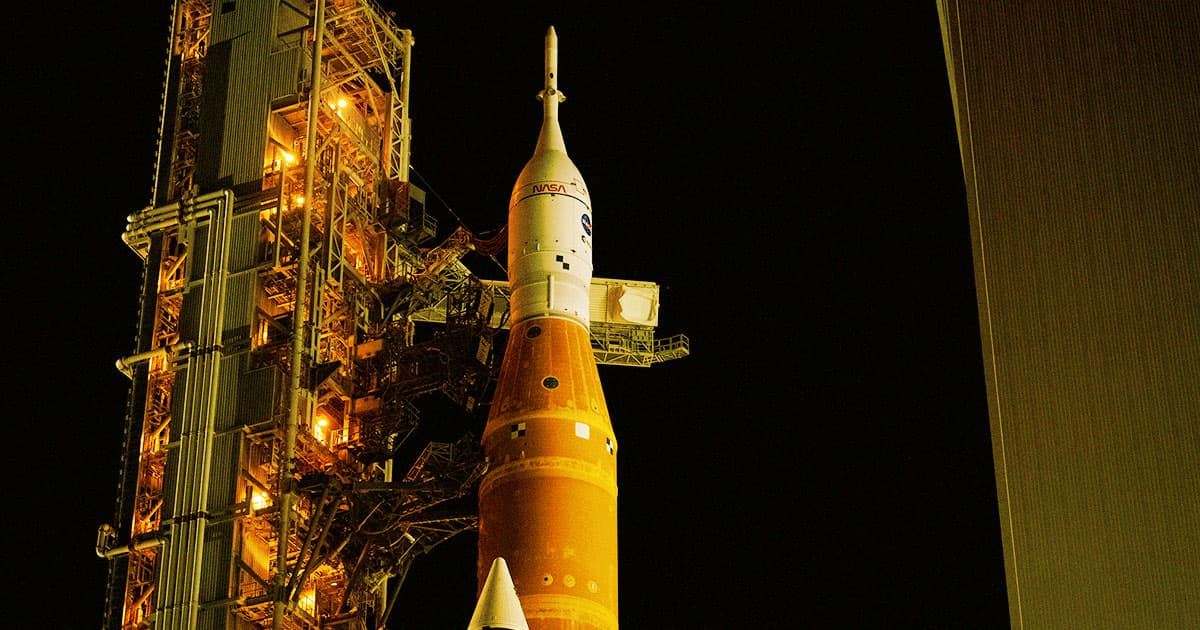 The United States Government Accountability Office (GAO) has never beat around the bush when it comes to NASA's planned Artemis missions to the Moon.

Now, in a new report, the GAO criticized the space agency for not doing its homework.

This kind of top-level purview, the GAO wrote, "will be increasingly necessary as the Artemis missions will involve more programs over time and therefore become more complex."

While NASA has made some progress, the report underlines NASA's pain points in its astronomically ambitious plans to not only land astronauts on the lunar surface, but to "build a sustainable lunar presence" and "bring humans to Mars" as well.

The agency is already feeling the pressure from lawmakers over massive budget overruns, especially when it comes to the development of its seemingly cursed Space Launch System (SLS), a massive rocket designed to send spacecraft to the Moon.

The rocket has exceeded projected costs by billions of dollars per launch, with NASA's inspector general Paul Martin warning lawmakers back in March that Artemis missions could soon "cost $4.1 billion per launch, a price tag that strikes us as unsustainable."

The new GAO report comes on the heels of an even more critical report last year, which found that NASA was way behind on developing its lunar missions, and that its plans to get astronauts back to the Moon by 2024 were far too ambitious.

Lawmakers reacted with outrage at the time.

"The GAO report released today should serve as a clear wake-up call both to NASA’s leadership and to Members of Congress that NASA’s Artemis Moon-Mars initiative is in serious trouble, and strong corrective actions will be needed if it is to succeed," representative Eddie Bernice Johnson (D-TX) said in response.

Just over a year later, NASA is instilling a little more confidence about its Artemis missions.

"The agency has made progress to better identify and provide senior leadership visibility into mission-level risks," the GAO's new report concludes.

But that doesn't mean it's out of the woods just yet.

"NASA is also beginning to take initial steps to create Artemis mission-level schedules, but additional steps are needed to ensure that senior NASA leaders have quality, risk-informed information for decision-making."

Other than level-headed long-term planning, the GAO also found that NASA will need "an extensive workforce" that is "sufficiently agile in sizer and mix" to execute missions into the 2030s, according to the GAO.

That's especially important "as a large segment of its workforce is approaching retirement, which will affect Artemis missions," the GAO argued.

The stakes are higher than ever. NASA's SLS-powered Artemis 1 rocket is still sitting on the launch pad following two scrubbed launch attempts of its first, uncrewed mission to the Moon.

And that's not boding well, as the level of difficulty and complexity is only going to rise from here.