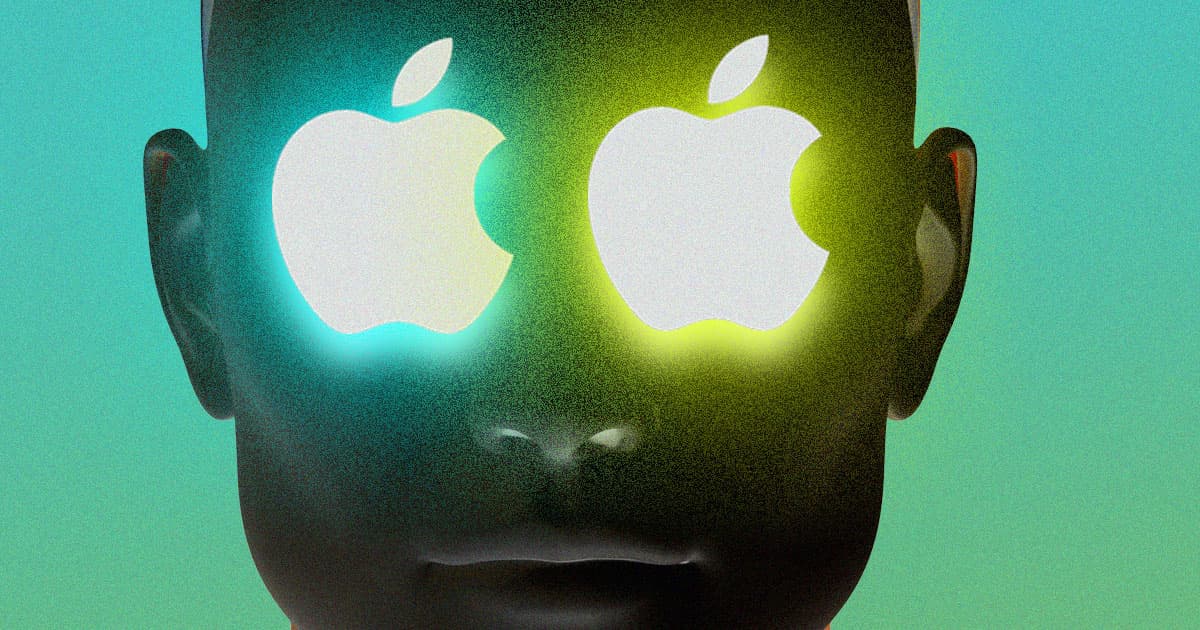 A substantial new leak to The Information both reveals new info and corroborates previously disclosed details about Apple's hotly-anticipated mixed reality headset — which is sounding more and more like a device unlike anything we've seen so far.

For one, the report backs up a fascinating previously rumored feature: a large outward-facing display on the front of the headset that will mimic your facial expressions to make you feel less isolated from the real world.

Building on that design philosophy, a physical dial on the side of the device will reportedly allow users to phase between the virtual and physical world via a color passthrough view.

But whether those new ideas will be able to crack the code of a headset that consumers will actually want is anything but certain. Neither virtual nor mixed reality headsets have really entered the mainstream, despite billions of dollars poured into their development by the likes of Meta-formerly-Facebook.

And at the same time, other features reported by the Information sound downright clunky, like a waist-mounted battery that hooks up to the headband via a MagSafe-like power adapter.

The device is rumored to be revealed later this year and is said to cost an ultra-hefty $3,000, depending on its configuration.

The specs, if the new report ends up being accurate in its predictions, are pretty impressive. The headset will be able to automatically adjust to the wearer's interpupillary distance with the use of tiny motors, and will offer its wearer a luxurious 120-degree field of view.

Apple has a stellar track record when it comes to entering the market later than its competitors once the tech has matured a bit — as you might remember with a little gadget called the iPhone. But given Meta's immense struggles in bringing its own headsets to the market, Apple still has a lot to prove, especially at a mega price point and with no existing developer ecosystem.

More on Apple: The CEO of Apple Thinks People Will Use Augmented Reality for Something Hilarious

Oh, Good
Oculus Founder Builds VR Headset That Kills User If They Die in Game
11. 7. 22
Read More
From the Dept. of Things to Buy
Belkin 3-in-1 MagSafe Charger Review: A High-Tech Treehouse For Your MagSafe Apple Gear
11. 2. 22
Read More
From the Dept. of Things to Buy
Review: Apple’s $249 AirPods Pro 2 Are Actually Worth the Upgrade
9. 22. 22
Read More
+Social+Newsletter
TopicsAbout UsContact Us
Copyright ©, Camden Media Inc All Rights Reserved. See our User Agreement, Privacy Policy and Data Use Policy. The material on this site may not be reproduced, distributed, transmitted, cached or otherwise used, except with prior written permission of Futurism. Articles may contain affiliate links which enable us to share in the revenue of any purchases made.
Fonts by Typekit and Monotype.