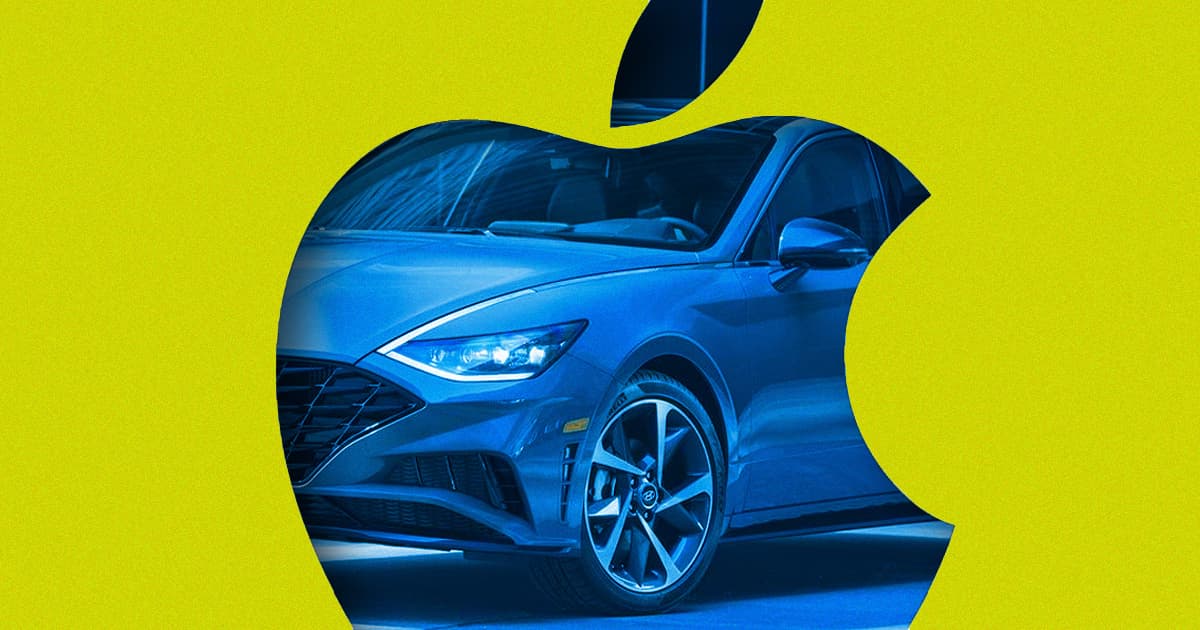 Apple is already reportedly in talks with Hyundai.

Apple is already reportedly in talks with Hyundai.

Hyundai isn't the only carmaker in talks with Apple. "We understand that Apple is in discussion with a variety of global automakers, including Hyundai Motor," a Hyundai Motor rep told CNBC. "As the discussion is at its early stage, nothing has been decided."

According to a report by Korea Economic Daily, Apple is looking to release the car in 2027 and is including both battery development and vehicle production in its proposal.

The news comes after rumors swirled around Apple's Project Titan, its efforts to develop its own autonomous electric car. Project Titan was first established just over five years ago and has remained shrouded in secrecy ever since.

A Reuters report published last month pushed the timeline even further, claiming that Apple has plans to release a vehicle as soon as 2024. Apple is reportedly planning to radically redesign car batteries, cutting costs and increasing range significantly.

It would be a stunning departure for the computer and phone giant to build its own car.

Analysts Daniel Ives and Strecker Backe told CNBC that Apple only had a 35 to 40 percent chance to build its own car thanks to "Herculean-like auto production capabilities, battery technology ramp, financial model implications, and regulatory hurdles involved in such a game changing initiative."

But then again, Tesla has now made Elon Musk the richest person on Earth — creating vast incentives for others to crowd into the electric vehicle space.

More on Project Titan: Apple Is Reportedly Releasing a Self-Driving Car in 2024