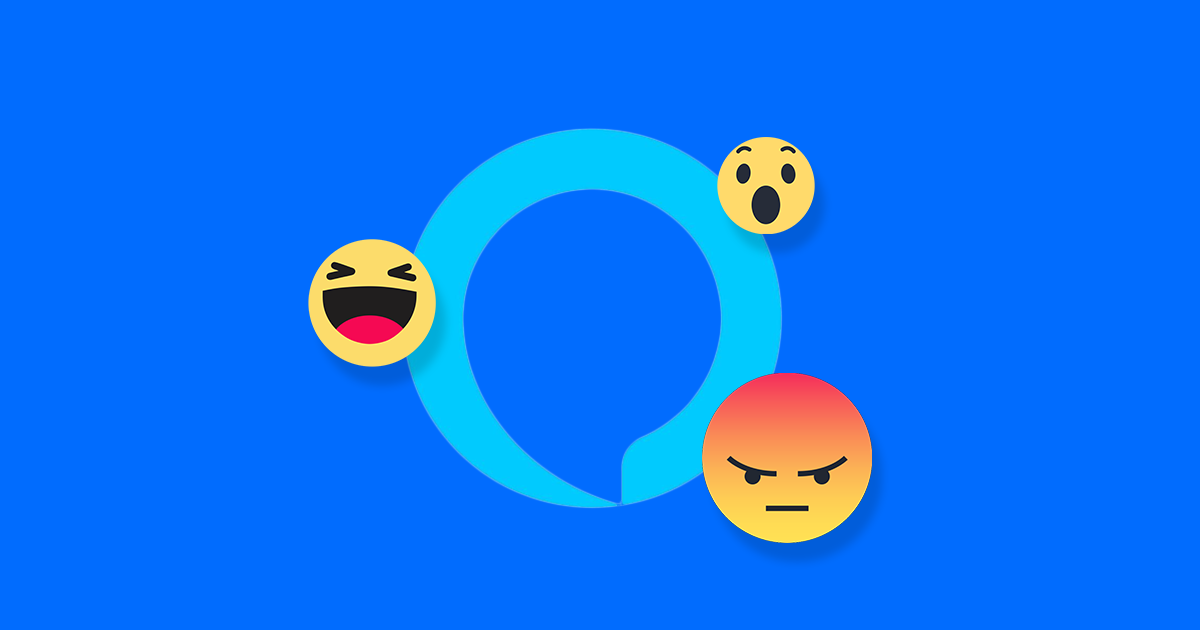 Amazon Is Teaching Alexa to Analyze Your Emotions

In the ongoing quest to make smart assistant Alexa better understand the humans with whom it interacts, Amazon developed a more effective way to teach Alexa to scan people's voices for signs of emotions, according to VentureBeat. The upgrade suggests that smart assistants may soon be able to understand humanity's wants and needs better than ever before — and, realistically, use it to sell you things.

Compared to a conventional algorithm, the new self-teaching Alexa AI is three percent more accurate when determining the emotions being expressed in a sentence, according to a blog post by the Amazon scientists who built the algorithm.

When the sentence was broken down into 20-millisecond chunks, the new AI system was four percent better than the original.

In this initial test, there wasn't a huge improvement over the original.

But the fact that this new type of algorithm immediately performed better than the tried-and-true method suggests that future projects could bring about a truly emotionally-intelligent — maybe even empathetic — smart assistant.

More on Alexa: Amazon Workers Listen to Your Alexa Conversations, Then Mock Them

Poop Music
Genius Musicians Are Making Songs That Play When Children Yell "Poop" at Alexa
9. 3. 22
Read More
Fear Factor
Amazon Claims Rekognition Can Now Detect Fear
8. 14. 19
Read More
Sexist AIs
United Nations: Siri and Alexa Are Encouraging Misogyny
5. 23. 19
Read More
+Social+Newsletter
TopicsAbout UsContact Us
Copyright ©, Camden Media Inc All Rights Reserved. See our User Agreement, Privacy Policy and Data Use Policy. The material on this site may not be reproduced, distributed, transmitted, cached or otherwise used, except with prior written permission of Futurism. Articles may contain affiliate links which enable us to share in the revenue of any purchases made.
Fonts by Typekit and Monotype.