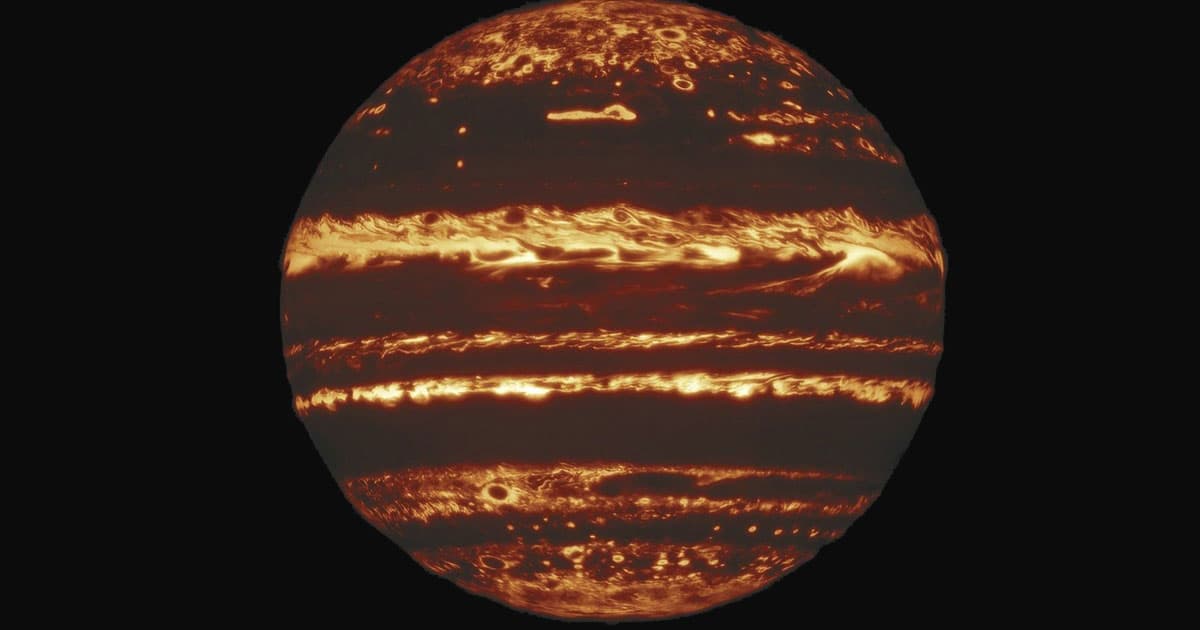 This is one of the sharpest images of Jupiter in history.

This is one of the sharpest images of Jupiter in history.

A dazzling new image of Jupiter makes the planet look like a gigantic, swirling ball of fire.

While it's a dramatic sight to behold, the image doesn't really show what Jupiter looks like through a telescope, BBC News reports. Rather, it's a composite taken with a technique called "lucky imaging" that peers beneath the planet's cloudy surface and shows the tumultuous distribution of heat hiding beneath.

Even though it's an infrared heatmap, the new image is still among the sharpest images of Jupiter ever taken from Earth, according to BBC News.

That's because lucky imaging helps filter out the usual blurriness caused by Jupiter's extremely turbulent atmosphere, resulting in a much sharper image. This final image, from Hawaii's Gemini North Telescope, combined a lot of those lucky images — letting researchers focus on the entire planet, bit by bit.