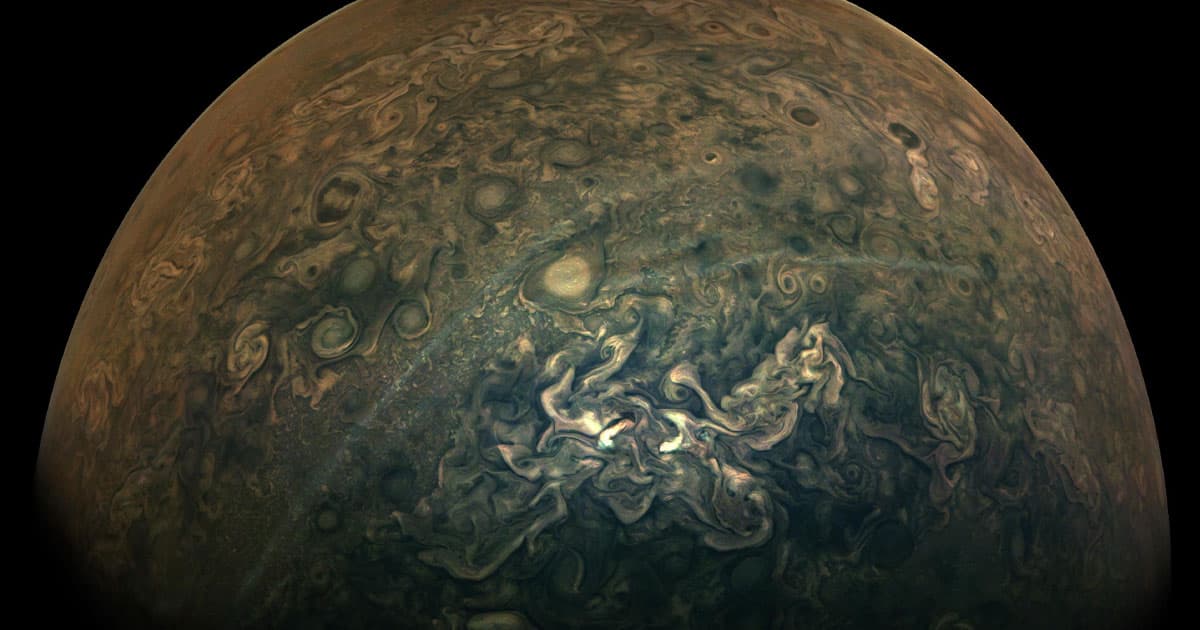 NASA just released a dramatic image that its Juno spacecraft took of Jupiter's "tumultous northern regions" during a close flyby in February. The image was taken from 15,610 miles (25,120 kilometers) away from the gas giant — a distance about twice the diameter of Earth, making this the planetary equivalent of a close-up shot of the gas giant.

The spectacular image shows "thin bands" that run from top to bottom, representing layers of "haze particles" that drift underneath a cloud cover. We still don't actually know what exactly they are or how they are formed.

Jet streams on either side of the hazy bands may have something to do with the phenomenon, according to NASA's Jet Propulsion Laboratory.

In 2017, NASA scientists figured out that east-west jet streams on Jupiter tend to reverse course on a predictable schedule.

More on Jupiter: Something Enormous Just Smashed Into Jupiter