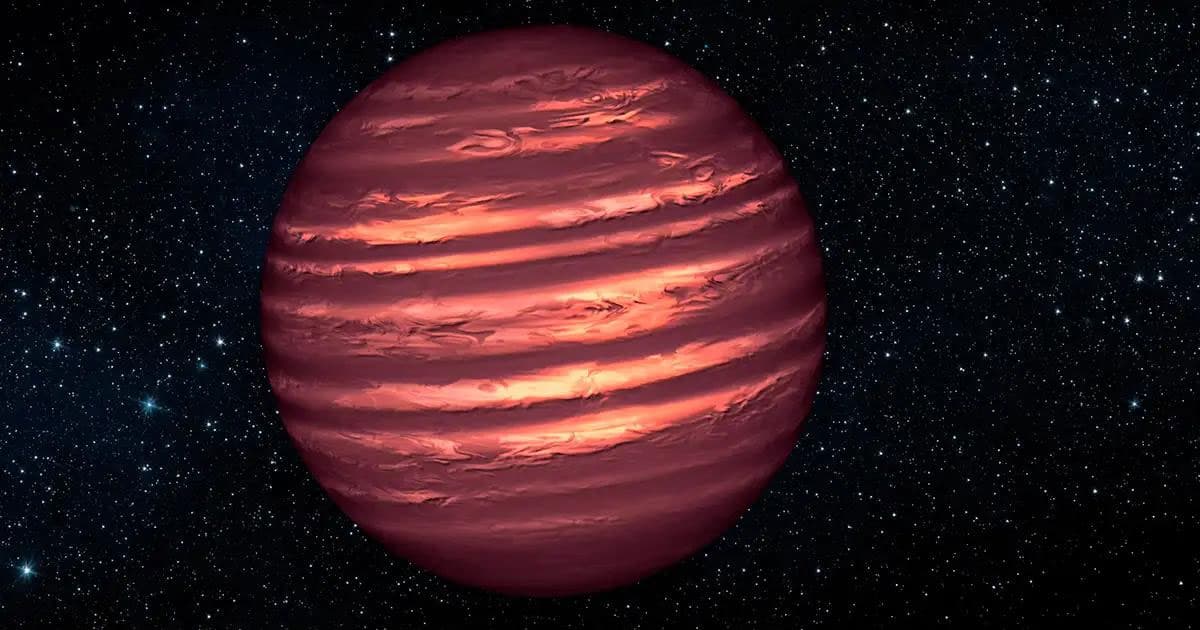 It's like a celestial body designed by Tim Burton.

It's like a celestial body designed by Tim Burton.

Astronomers have found a distant brown dwarf, a celestial body that resembles a star, that's covered in dark brown stripes — not unlike the clouds blanketing Jupiter.

It's a bizarre find, but it's not the first time that astronomers have seen a striped brown dwarf, Science Alert reports. However, the technique used by the Caltech astronomers, known as polarimetry, could provide a new tool for researchers trying to probe and understand the cosmos.

Polarimetry works similarly to how sunglasses do: filtering out light of certain polarizations allows astronomers to figure out what sort of environment that light passed through. Polarimetry isn't new, but recent technological developments are making it relevant once again for astronomers.

"Polarimetry is a very difficult art, but new techniques and data analysis methods make it more precise and sensitive than ever before," Caltech astronomer Dimitri Mawet said in a press release, "enabling groundbreaking studies on everything from distant supermassive black holes, newborn and dying stars, brown dwarfs, and exoplanets, all the way down to objects in our own solar system."

This particular case marks the first time that astronomers used polarimetry to analyze the weather and environment of a brown dwarf, according to research published Tuesday in The Astrophysical Journal.

And those cool-looking stripes? They're actually hellish storm clouds.

"We think these storms can rain things like silicates or ammonia," study co-author Julien Girard said in the release. "It's pretty awful weather, actually."