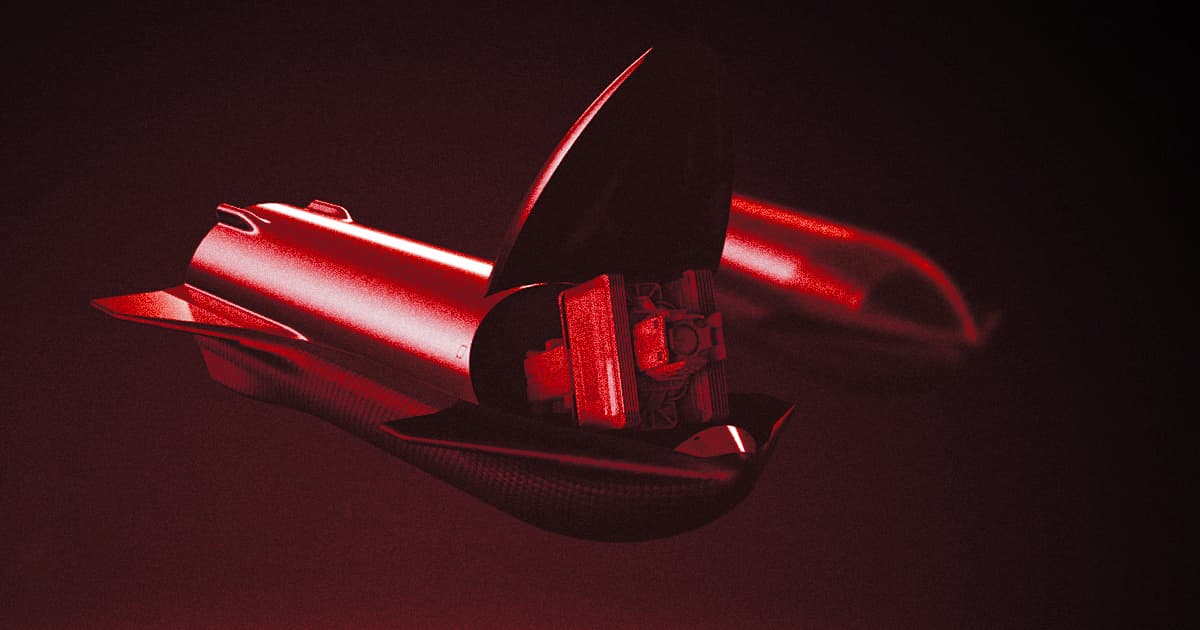 The Air Force Seems to Be Investing Heavily in SpaceX's Starship

The US military is very interested in SpaceX's capacity for round-the-world delivery.

The US military is very interested in SpaceX's capacity for round-the-world delivery.

In its 462-page "justification book" on how it plans to spend its $200 billion budget, the US Air Force suggested that it's allocating almost $50 million in the development of the SpaceX Starship.

Even though the Air Force didn't mention the Starship by name, it did mention its interest in specific capabilities that only Starship could feasibly provide, Ars Technica reports, including rapid cargo delivery anywhere in the world. While it's not exactly the same as Starship's purported goal of carrying humans to the Moon or Mars, securing military investment could provide the capital SpaceX needs to get there.

The Air Force doesn't plan on investing directly in Starship development or testing, Ars reports. But it will put millions into related systems that will help the Air Force best use Starship to rapidly ferry heavy loads around the world. Those systems include ways to rapidly load and unload the rocket, technology to help the rocket land on new surfaces, and research into the possibility of airdropping cargo.

"The Department of the Air Force seeks to leverage the current multi-billion-dollar commercial investment to develop the largest rockets ever, and with full reusability to develop and test the capability to leverage a commercial rocket to deliver AF cargo anywhere on the Earth in less than one hour, with a 100-ton capacity," reads the justification book.

The Air Force's plans to invest tens of millions of dollars in SpaceX — again, the document doesn't refer to the Starship by name, but it seems to be a reasonable assumption — further secures SpaceX's role as a dominant player in the space industry. Even if the money isn't going directly into Starship development, the Air Force's decision to dedicate that kind of funding to Starship-related tech is a very good sign for SpaceX's chances at winning future military contracts. And as Ars notes, getting a slice of the military's seemingly-limitless budget will make it a lot easier for the company to pursue its own, non-militaristic goals.

READ MORE: The US military is starting to get really interested in Starship [Ars Technica]

More on SpaceX: SpaceX IS Building a Military Rocket To Ship Weapons Anywhere in the World