Tesla Is Building Another Massive Battery in Australia

They'll have more than 100 days to get this one up and running, though. 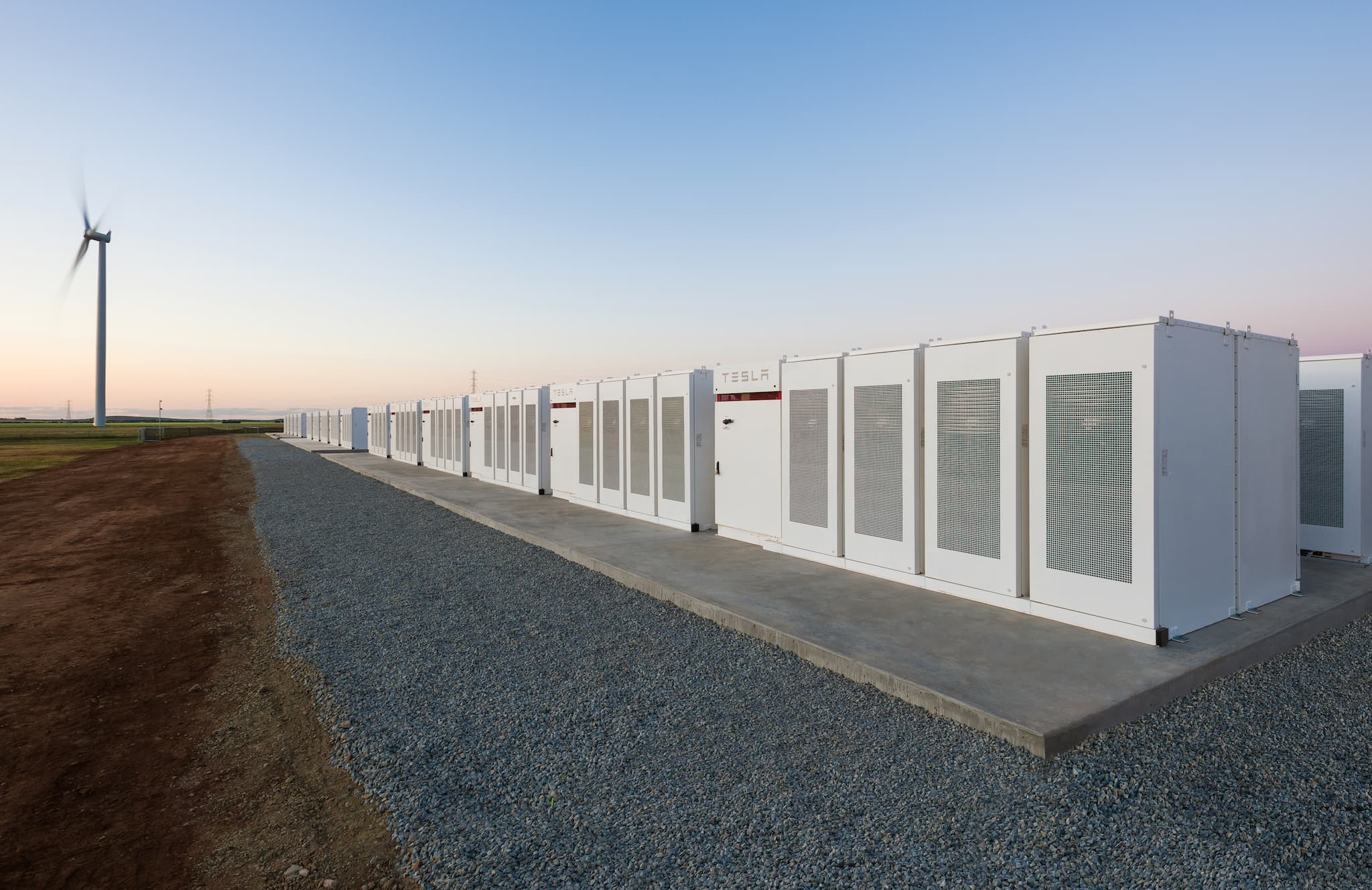 If you've ever doubted the power of social media, consider this: a series of tweets sent by Tesla CEO Elon Musk in March 2017 led to the creation of the world's largest battery.

That 100-megawatt capacity Powerpack battery storage system was officially turned on in South Australia on December 1, 2017, after a speedy 100-day build. Now, AFR is reporting that Tesla has been tapped by the Australian state of Victoria to build another massive battery system Down Under.

The new project won't be quite as robust as the last, nor will it adhere to Musk's previously "100 days or it's free" guarantee. This 20 MW battery system will be designed to support the yet-to-be-built Bulgana Green Power Hub, a 204-MW wind farm in Western Victoria, and won't come online until mid-2019.

Developing the Bulgana Wind Farm is French renewable energy company Neoen. They were also responsible for the development of the Hornsdale Wind Farm paired with Tesla's battery in South Australia, so a relationship with Musk's company is already established.

Power for the People

The battery in South Australia was built specifically for the purpose of addressing the state's unreliable power grid and ensuring that its citizens are never without electricity.

The one in Bulgana, however, will primarily support the 40-hectare Nectar Farms glasshouse in Stawell, though Neoen’s managing director Franck Woitiez did tell Electrek it could eventually be connected to the state's grid.

As we've seen recently in Puerto Rico, Australia, and other parts of the globe, energy insecurity is a major issue facing the modern world.

By transitioning to renewable sources of energy, we can avoid the power outages caused by natural disasters and warming temperatures while simultaneously addressing the carbon emissions at the root of climate change. That's something worth tweeting about.

Read This Next
Fusion Futility
Elon Musk Slams Fusion, Says Future of Energy Is Wind and Solar
Remember Donald?
Donald Trump Goes on Bizarre Rant Against Electric Cars
The Kids Won't Be Alright
Elon Musk Warns That Humankind Will "End Up in Adult Diapers"
Mine! Mine!
Elon Musk Suggests Tesla Might Start Mining Lithium
Stop Aging Please
Elon Musk Says That Immortality Tech Would Be Very Dangerous
More on Earth & Energy
Arrested Development
5:49 PM on the byte
Climate Activist Conducts Interview While Being Carried Away by Police
Big Ship Big Sails
Yesterday on the byte
Supertanker Becomes Vastly More Efficient by Adding Small Sails
Rock Party
Yesterday on the byte
Scientists Say All Land on Earth Is Smashing Together Into a New Supercontinent
READ MORE STORIES ABOUT / Earth & Energy
Keep up.
Subscribe to our daily newsletter to keep in touch with the subjects shaping our future.
+Social+Newsletter
TopicsAbout UsContact Us
Copyright ©, Camden Media Inc All Rights Reserved. See our User Agreement, Privacy Policy and Data Use Policy. The material on this site may not be reproduced, distributed, transmitted, cached or otherwise used, except with prior written permission of Futurism. Articles may contain affiliate links which enable us to share in the revenue of any purchases made.
Fonts by Typekit and Monotype.