What's A Stablecoin? The Most Stable Cryptocurrencies, Explained [Sponsored]

While other cryptocurrencies may rise or fall in value, stablecoins are, for the most part, consistent. 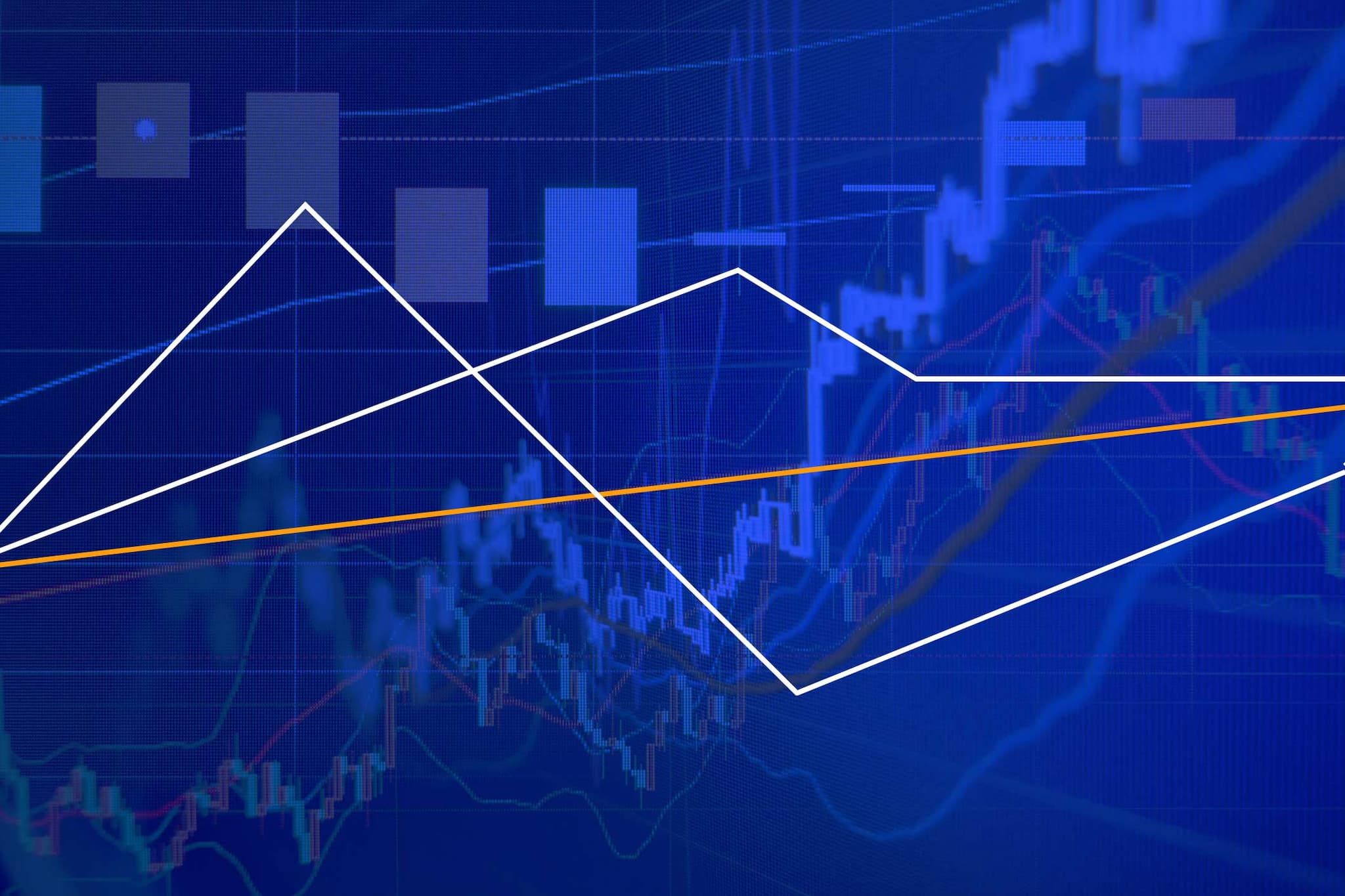 The words ‘cryptocurrency’ and ‘volatility’ never seem to be too far away from each other these days. Bitcoin’s famously (or rather, infamously) volatile valuation is the very thing that has drawn and repulsed so many to-and-from the crypto space.

Those who take one look at the cryptosphere and run in the other direction are justified — bitcoin's unbelievable slide from roughy $20,000 a pop to its current valuation of around $6,400 [at the time of writing] is enough to give anyone pause. However, abandoning cryptocurrency completely also means letting go of all its technological features: decentralization, anonymity, and security.

The fact is that not all cryptocurrencies are volatile. In fact, some have been designed specifically to not be volatile at all. Instead, their value is fixed in essentially the same way that most fiat currencies are fixed. These are called ‘stablecoins.’

Because stablecoins do not have volatile valuations, they aren’t for speculative investment. Stablecoins provide the benefits of blockchain-based cryptocurrencies without the volatility. In theory, they can be used to quickly and cheaply to send cross-border payments, store value, and pay for everyday transactions.

Stablecoins have been proposed for use by governments all over the world — the Swiss e-Kroner, the Estonian Estcoin, and the Russian CryptoRuble have all appeared on the radar over the last year.

If implemented on a widespread scale, stablecoins could have the ability to become an essential part of the so-called 'Internet of Value,' a global financial network in which value can be exchanged just as quickly as information flows on the internet.

Stablecoins are collateralized, meaning that they get their value from being ‘pegged’ to another asset. There are three kinds of stablecoins tied to three separate classes of assets:

One of the more well-known stablecoins on the market is Tether, a fiat-pegged currency that claims to have $1 in the bank for every 1 USDT (‘Tether dollar’).

However, the company has come under fire for its chronic lack of transparency — Tether has not managed to produce an official audit of its funds in over a year, resulting in widespread suspicions that the company didn’t actually have enough money in the bank to back each USDT with $1.

Things got even more suspicious when conspiracy theories spread that Tether dollars had been created to falsely prop up the price of bitcoin. Results of a study conducted at the University of Texas later suggested that this theory may have been uncomfortably close to the truth.

Despite a growing number of accusations against Tether, the coin remained the default stablecoin in the cryptosphere due to a lack of a viable competitor. This began to change with the emergence of TrueUSD (TUSD), which was launched by decentralized tokenization platform TrustToken in early 2018.

TrustToken is a platform by which users can tokenize ‘real-world’ currencies and assets, like yen and real estate. The cryptocurrency was specifically “designed to meet the needs of high-volume individuals and institutions,” according to a blog post by TrustToken.

Practically, this means that TrueUSD’s legal structure has been formed around a tool that high-volume crypto traders and institutional investors are already familiar with: escrow accounts. While TrustToken acknowledges in a blog post that escrow may not be “the endgame for decentralized money and tokenized asset management,” the company believes that “the trust and escrow industry already work well for the management and distribution of assets.”

This is because users can exchange directly with escrow accounts, rather than relying on a network’s protocol to exchange their tokens or dealing with “hidden bank accounts.” TrueUSD never actually directly interacts with or holds its users funds. Escrow accounts also grant token holders access to complete legal protection.

TrueUSD has a heavy focus on legal compliance and transparency, and regularly publishes third-party attestations.

TrustToken’s legal counsel has also provided a memorandum explicitly stating that TrueUSD tokens are not securities, an important consideration in the ever-changing regulatory landscape when it comes to cryptocurrency. “They are more akin to deposit & safekeeping receipts, which the SEC has previously analyzed and recommended no enforcement actions for their use,” notes the blog post.

At this moment in time, stablecoins are the most significant means by money flows throughout the cryptosphere. They provide a bridge between exchanges when fiat currencies cannot be moved directly between them.

This is because in order to transfer USD from one exchange to another, an investor must withdraw a re-deposit funds, a process that can involve multiple KYC checks and high fees. Using an unpegged cryptocurrency like bitcoin presents an entirely different set of problems—most significantly, the fact that deep fluctuations in value on a daily basis make it impossible for users to know what their funds will be worth hours after they send them.

TrueUSD essentially makes both sets of these issues disappear, eliminating the on-boarding and off-boarding processes involved with transferring between exchanges, as well as the risk of losing value when using crypto as a tool for transference or store-of-value.

While TrueUSD is well-suited to high-volume and institutional investors, any trader of any size can use the cryptocurrency—including traders whose home economies may be increasingly reliant on financial instruments like TrueUSD as a means to securely store their savings.

“The market has demonstrated that there is strong demand for a trustworthy trading pair between cryptocurrencies and U.S. Dollars," said Danny An, co-founder and CEO of TrustToken, to Bitcoin Magazine. While TrueUSD is still relatively new to the cryptosphere, it has already begun establishing itself as this trustworthy trading pair. Let’s see what the future will hold for this young currency.

The preceding communication has been paid for by TrustToken. This communication is for informational purposes only and does not constitute an offer or solicitation to sell shares or securities in TrustToken or any related or associated company. None of the information presented herein is intended to form the basis for any investment decision, and no specific recommendations are intended. This communication does not constitute investment advice or solicitation for investment. Futurism expressly disclaims any and all responsibility for any direct or consequential loss or damage of any kind whatsoever arising directly or indirectly from: (i) reliance on any information contained herein, (ii) any error, omission or inaccuracy in any such information or (iii) any action resulting from such information.

Read This Next
Bye Bye Baby
Lawyer for Crypto Laundering Rapper Says She Won't Flee Because of Her Frozen Embryos
Bitcoin & Clyde
Feds Arrest Crypto CEO for Bitcoin Laundering, But Her Real Crime Was Against Rap Music
HODL Problems
An Entire Country Switched to Bitcoin and Now Its Economy Is Floundering
Crypto Courts
Crypto Startup Lets You Fund Other People's Lawsuits Against Each Other
Brands We Love
This Mobile Crypto Wallet Keeps Your Holdings Safe, Secure, and Offline
More on Future Society
Intern Return
Yesterday on the byte
Oops! Facebook Tells Interns It Already Hired That It Can't Afford Them Anymore
Hard Science
Yesterday on the byte
Even Professional Scientists Think the Journal PNAS Has a Hilarious Name
The Dress
Wednesday on the byte
Watch a Model Get a Dress "Sprayed" Onto Her in the Middle of a Fashion Show
READ MORE STORIES ABOUT / Future Society
Keep up.
Subscribe to our daily newsletter to keep in touch with the subjects shaping our future.
+Social+Newsletter
TopicsAbout UsContact Us
Copyright ©, Camden Media Inc All Rights Reserved. See our User Agreement, Privacy Policy and Data Use Policy. The material on this site may not be reproduced, distributed, transmitted, cached or otherwise used, except with prior written permission of Futurism. Articles may contain affiliate links which enable us to share in the revenue of any purchases made.
Fonts by Typekit and Monotype.