Feds Arrest Crypto CEO for Bitcoin Laundering, But Her Real Crime Was Against Rap Music 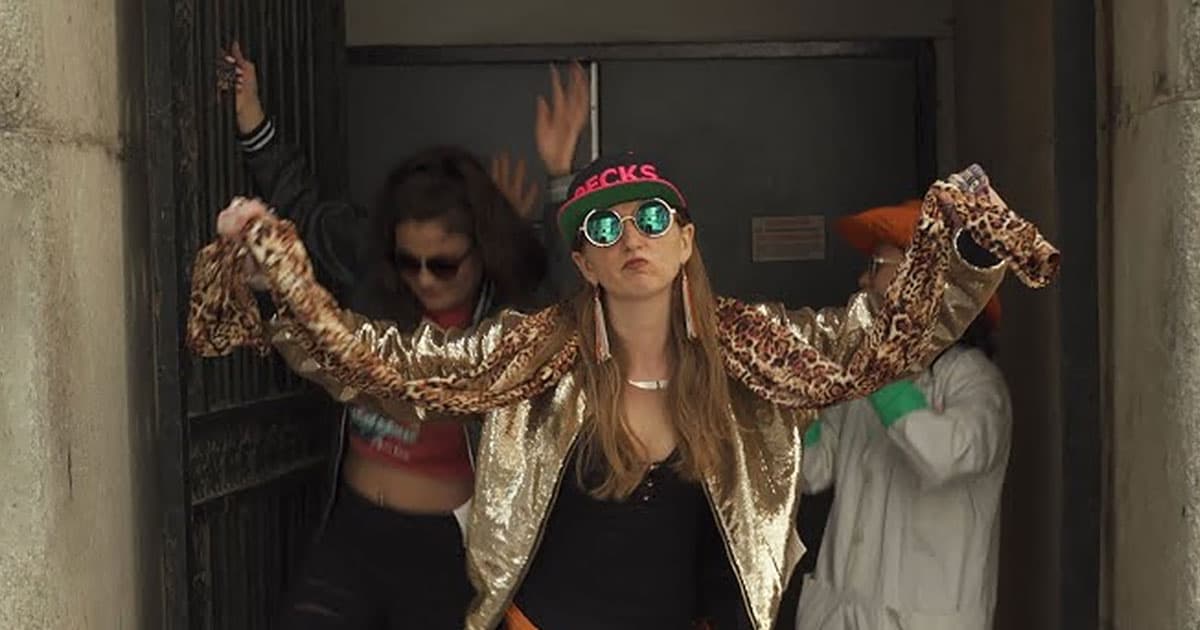 It's 2022, so naturally, the feds have brought down a Bitcoin-laundering power couple — one half of whom is a crypto wallet CEO who is also an extremely bad rapper.

Heather Morgan and Ilya "Dutch" Lichtenstein were arrested by federal agents on Tuesday for allegedly laundering $4.5 billion in Bitcoin that was stolen during a 2016 hack. In its affidavit, the Department of Justice claimed that the spouses used some of the stolen funds, $3.6 billion of which has been recovered, to buy non-fungible tokens (NFTs), because of course they did.

The salacious details of the couple's alleged crimes are definitely exciting — up to and including the lengths they allegedly went to to obscure their identities online while laundering the Bitcoin — but the aspect of this story that's perhaps the most outrageous has nothing to do with blockchain.

As The Daily Beast points out, Morgan, the CEO of the Endpass Ethereum wallet company, the website of which is currently down, also moonlights as a rapper under the name "Razzlekhan." And a perusal of her YouTube page shows just how atrocious her "raps" really are.

Take, for instance, her music video for "Versace Bedouin." Ignoring the extreme likelihood that Morgan isn't a member of the nomadic Bedouin people and therefore probably shouldn't be referring to herself as one, the song is a horrific affront to music of all kinds, nevermind hip hop.

She enunciates like Chantal from "Search Party," constantly crams too many words into each line, drops the cringiest rhymes imaginable, and even calls herself a "badass money maker."

"The infamous Crocodile of Wall Street strikes again!" reads her website, with its mid-2010s nebula-themed background. "More fearless and more shameless than ever before, she's taking on everyone from big software companies to healthcare to finance bros."

In her Forbes bio — yes, she was also a Forbes contributor — Morgan describes herself as an "expert in persuasion, social engineering, and game theory."

Even more hilariously, the bio claims that "when she's not reverse-engineering black markets to think of better ways to combat fraud and cybercrime, [Morgan] enjoys rapping and designing streetwear fashion."

It's deliciously ironic that a crypto CEO who claimed to be against cyber crime apparently took part in the allegations laid out by the DOJ — which worked together with the IRS and the FBI to arrest the couple — which include the claim that they "employed numerous sophisticated laundering techniques, including using fictitious identities to set up online accounts."

There's obviously much more to this story than meets the eye, but after playing "Versace Bedouin," we've heard enough.

More on crypto scams: NFT Marketplace Admits That 90 Percent of Its NFTs Are Spams, Scams and Fraud

Read This Next
Going Wireless
Hackers Took Over a Subdomain of Wired.com for Several Months and Replaced It With Sleazy Online Casino Content
Dubious Donations
Politicians Refuse to Say Whether They'll Give Back Donations From Sam Bankman-Fried
Regulating Crypto
Hillary Clinton Calls Out Crypto Exchanges for Letting Russia Bypass Sanctions
Bye Bye Baby
Lawyer for Crypto Laundering Rapper Says She Won't Flee Because of Her Frozen Embryos
HODL Problems
An Entire Country Switched to Bitcoin and Now Its Economy Is Floundering
More on Future Society
Rough
Monday on futurism
Elon Musk's Twitter Is Reportedly Failing Miserably to Contain Horrific Child Abuse Content
YouTube Propaganda
Monday on the byte
Experts Say There's Something Very Weird About North Korean YouTubers
Bird Crap
Feb 4 on the byte
It Looks Like Elon Musk Is Actually Building a Twitter Payment Platform
READ MORE STORIES ABOUT / Future Society
Keep up.
Subscribe to our daily newsletter to keep in touch with the subjects shaping our future.
+Social+Newsletter
TopicsAbout UsContact Us
Copyright ©, Camden Media Inc All Rights Reserved. See our User Agreement, Privacy Policy and Data Use Policy. The material on this site may not be reproduced, distributed, transmitted, cached or otherwise used, except with prior written permission of Futurism. Articles may contain affiliate links which enable us to share in the revenue of any purchases made.
Fonts by Typekit and Monotype.