Small, Water-Powered Satellites Could Be the Future of Space Exploration

Powered by water vapor, these little satellites could go far. 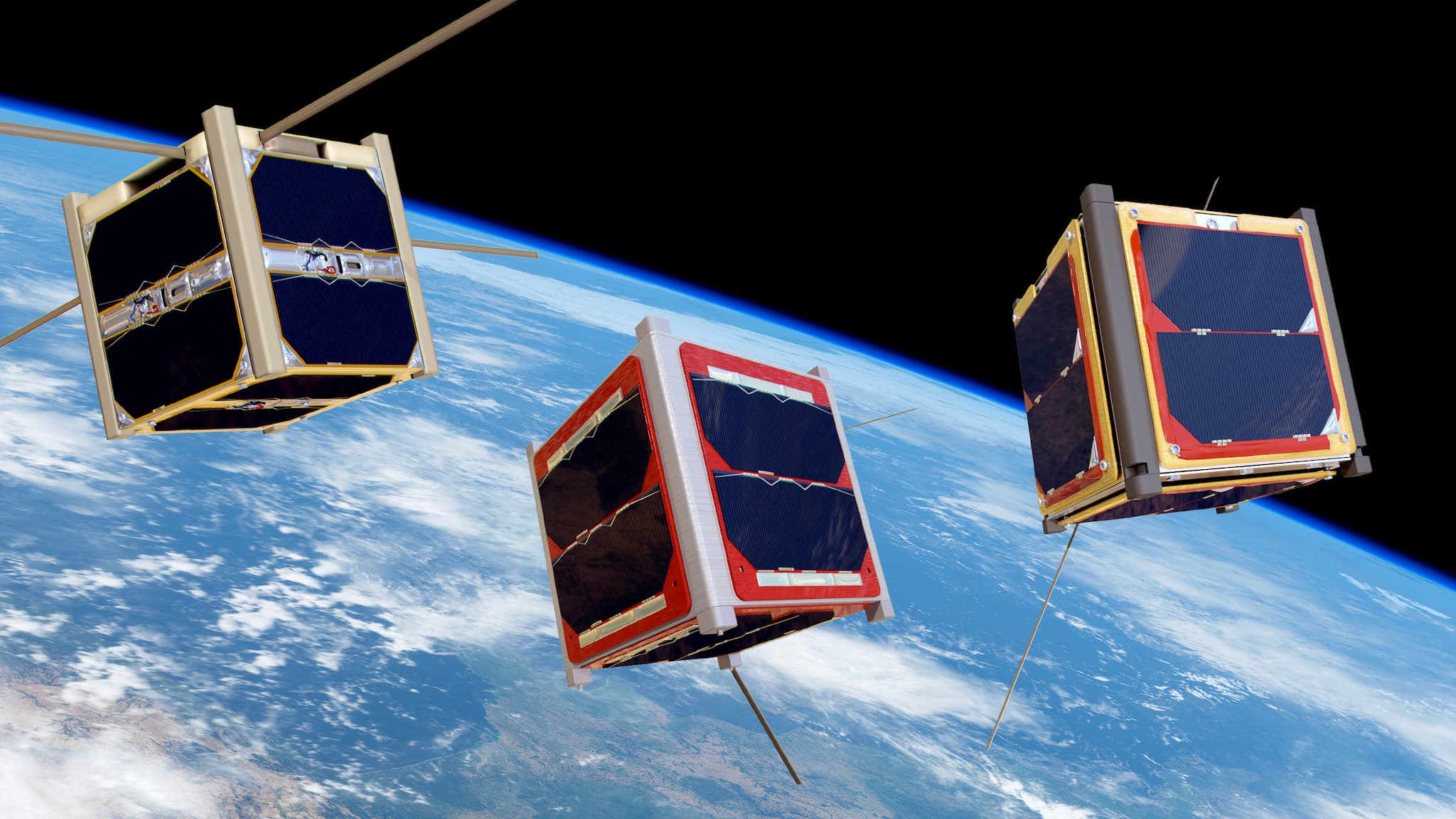 The Smaller the Better

Satellites are typically imagined to be massive constructs that take millions of dollars to produce and maintain, but the much smaller CubeSats — miniaturized satellites shaped like cubes — are more convenient, cost-effective, and easier to handle. The latest development in CubeSat propulsion could soon see CubeSats using water vapors to maneuver around, potentially making them the preferred hardware to use in future exploratory missions. Water is not only safe to use, but plentiful in our solar system; within our planetary neighborhood, it's thought to be abundant just next door on Mars' moon, Phobos.

A team at Purdue University is behind the water-propelled project, which involved a number of undergraduates as part of a propulsion design course. Their prototype CubeSat, presented at the 31st AIAA/USU Conference on Small Satellites, was made using commercially available products at a relatively low cost.

The new propulsion system, called a Film-Evaporation MEMS Tunable Array, or FEMTA thruster, utilizes small capillaries that are ten micrometers in diameter. Ten micrometers isn't large enough to allow the teaspoon of water inside the CubeSat to be used, so small heaters were installed that can be activated to turn the water into vapor and provide thrust.

Four of these FEMTA thrusters were used on a single ten-centimeters-cubed CubeSat, allowing it to rotate on a single axis. For full three-axis rotation, twelve thrusters are required.

"This is a very low power,” said Alina Alexeenko, a professor at Purdue University and lead researcher on the propulsion project, in a press release. "We demonstrate that one 180-degree rotation can be performed in less than a minute and requires less than a quarter watt, showing that FEMTA is a viable method for altitude control of CubeSats."

CubeSats have typically been used alongside their larger counterparts. They've previously had no propulsion system of their own, requiring them to be launched while aboard another craft. They have then been used for various tasks, such as internet service, high-res imagining, environmental observations, and military surveillance.

With this new water-based propulsion system, however, they can be used for far greater things, such as constellation-flying and exploration — things traditional satellites are unable to do due to their size. Fortunately, Alexeenko and her team are eager to have their system used in a real space mission, and are pursuing a patent for the concept.

That will take some time and more work, of course. The goal now is to further reduce the weight, volume, and power needed to effectively use CubeSats in space. The aforementioned prototype could only accommodate four FEMTA thrusters, and still weighed 2.8 kilograms (6 pounds). To get the most out of the amount of water needed, the CubeSat will have to be lighter.

Read This Next
Monkey Business
China Plans to Send Monkeys to Space Station to Have Sex With Each Other
Overview Effect
William Shatner Says His Space Trip Left Him With a Feeling of Terrible Grief
Space Billboards
Russian Scientists Propose Plan to Launch Huge Advertisements Into Orbit Over Cities
Sabers Rattled
Russia Issues Veiled Threat to Shoot Down Pesky SpaceX Satellites
Astronaut Drip
We Just Got the First Peek at NASA's Artemis Moon Landing Suits
More on Off World
Drama Bomb
Wednesday on the byte
European Space Agency Halts Plans to Send Astronauts to Chinese Space Station
Futurism
Wednesday on the byte
Asteroid Mining Startup About to Launch First Mission
Carry On, Wayward...
Wednesday on the byte
NASA Says Lucy Spacecraft Will Forge Ahead With Busted Solar Array
READ MORE STORIES ABOUT / Off World
Keep up.
Subscribe to our daily newsletter to keep in touch with the subjects shaping our future.
+Social+Newsletter
TopicsAbout UsContact Us
Copyright ©, Camden Media Inc All Rights Reserved. See our User Agreement, Privacy Policy and Data Use Policy. The material on this site may not be reproduced, distributed, transmitted, cached or otherwise used, except with prior written permission of Futurism. Articles may contain affiliate links which enable us to share in the revenue of any purchases made.
Fonts by Typekit and Monotype.