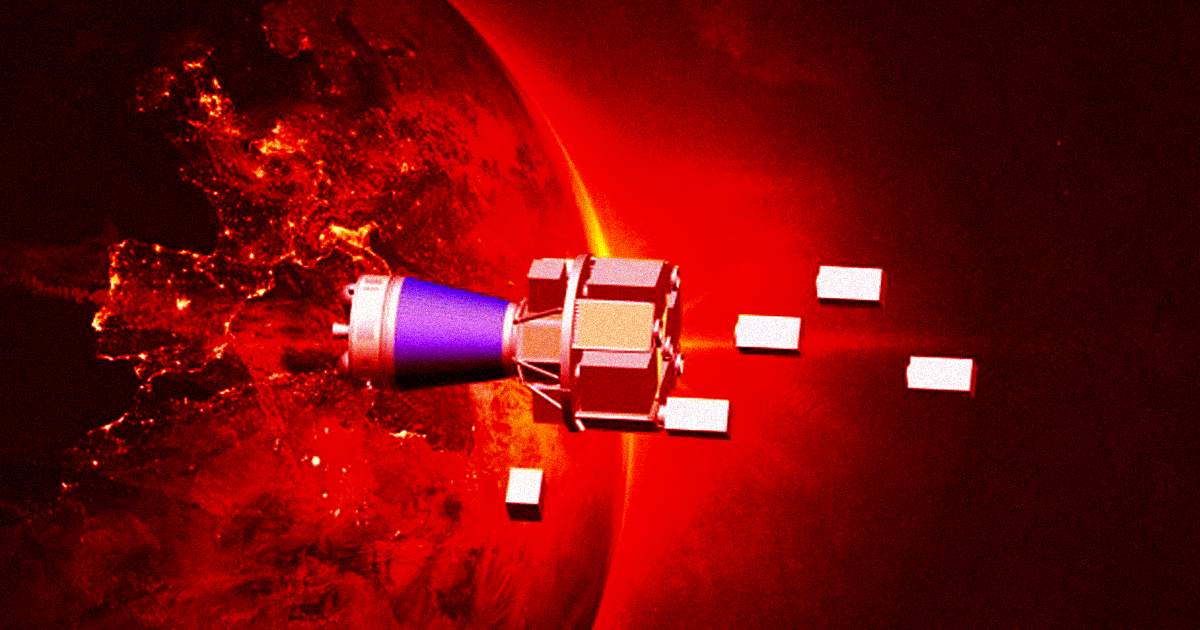 Europe Is Starting a "Ride-Share" for Small Satellites

This "satellite dispenser" will launch dozens of cubesats at once.

This "satellite dispenser" will launch dozens of cubesats at once.

This September, the European Space Agency (ESA) will launch a new space rideshare service capable of shuttling dozens of small satellites into space at once.

The new system, called the Vega Small Spacecraft Mission Service, is expected to drive down the cost of sending a satellite to space, according to an ESA press release, by stacking multiple small satellites like Legos in a new modular dispenser.

Small satellites called cubeSats, which can range from one to ten kilograms, have become increasingly common as a relatively low-cost way to get scientific instruments or other tools into space. But launching them generally entails paying top dollar for a ride on a rocket that's already sending a larger satellite into orbit.

"The new Vega Small Spacecraft Mission Service switches this into a 'ride-share' model, with multiple small satellites being flown together, splitting the launch cost through economy class tickets," The ESA's Giorgio Tumino said in the press release.

The September mission will send 41 satellites, 35 of which are cubeSats, into orbit at once.

Vega can be reconfigured for each launch — its storage compartments can be taken apart and rebuilt based on the size and quantity of satellites it needs to send into space.

"Our development of this [new dispenser] – able to group together different satellites from 1 kg to 400 kg in mass – is a response to the market for these small and micro-satellite missions, which has grown exponentially in recent years," Tumino said.