The ISS is going offline, and scientists are discussing alternatives. 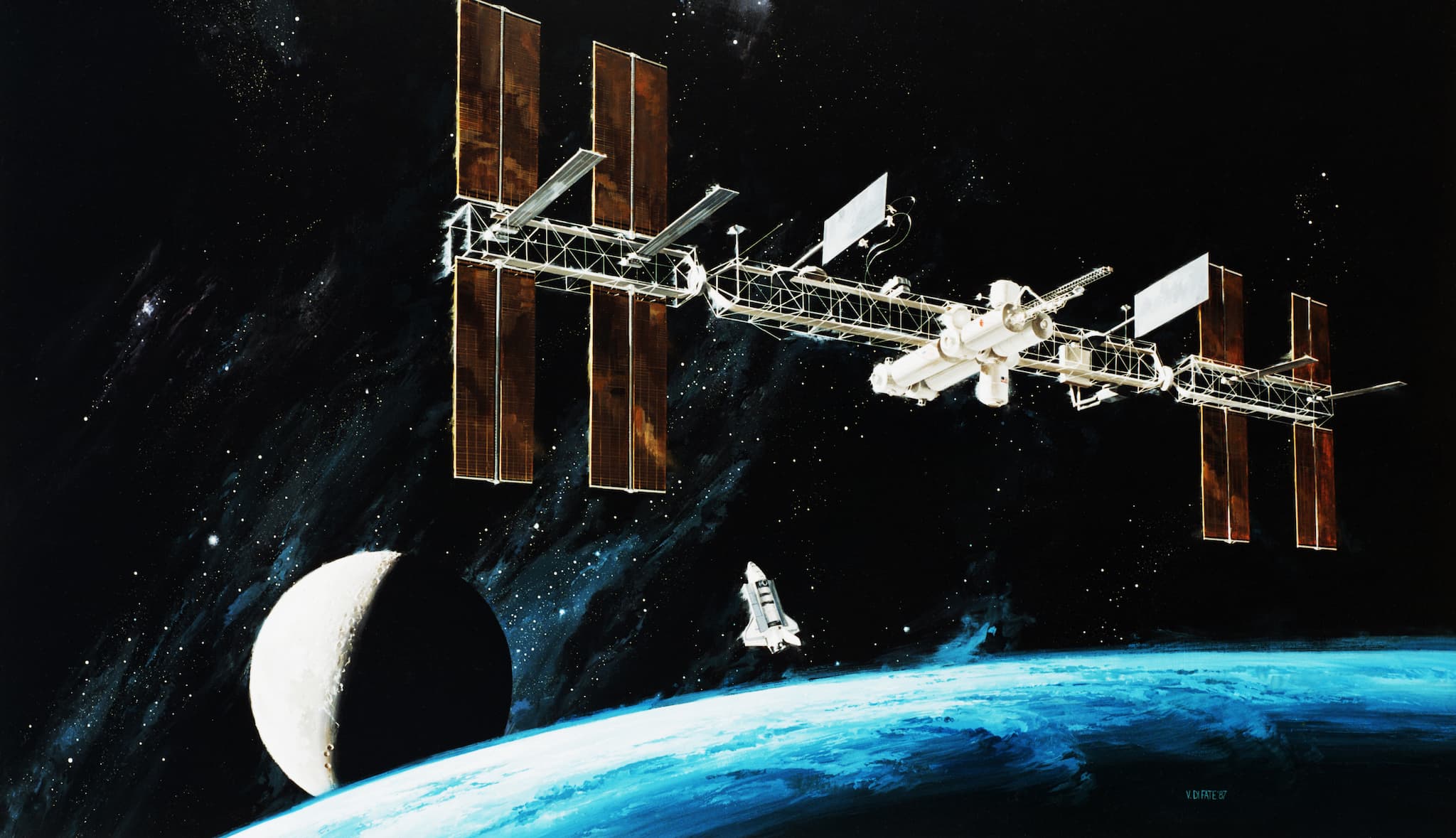 ISS is Passing the Baton

In the latest instance of our human obsession with the Moon, the International Spacecraft Working Group (ISWG), the agency architects of the International Space Station (ISS), recently met to discuss how to replace the station, which is set to be decommissioned in 2024. A plan to construct a space outpost in lunar orbit is evolving, and at this latest meeting the participants agreed to a tentative orbit trajectory to be finalized by 2018.

The ISS was created as an international scientific laboratory for astronauts to conduct experiments in space. Despite our many technological advances, the environment of space is impossible to recreate on Earth, yet the drive to explore and even colonize space demands scientific experimentation in that environment.

The ISS has also been the center of private, commercial research in support of space colonization initiatives. The work conducted on ISS has greatly improved life back on Earth, supporting global water purification efforts, growing high-quality protein crystals for use in medical research, and providing new technologies for use in a wide range of industries.

A space station in lunar orbit poses significant challenges, but, compared with the ISS, holds more opportunity for testing technologies for deep space missions and greater scientific potential. Much ISS research centers on microgravity, studies which could be supported within a lunar outpost. The station would also allow for more study of the Moon itself thanks to its proximity to our natural satellite. A lunar orbit station could also serve as a stepping stone on a journey to Mars.

Members of the ISWG agreed that the station should utilize “plug and play” parts so that new components can be adapted to existing infrastructure. They also want to make the development of common standards a priority.

At this time, designs for the new station incorperate the Canadian robotic arm from the ISS, a Russian airlock, and propulsion and power systems from the U.S. Although Russia favors a lunar surface base, NASA is pushing for a higher orbit because of its convenience for Mars access. Thus far, the plans cite a Near-Rectilinear Halo Orbit, a widened oval path 1450 km (900 miles) from the Moon at its closest and 69,000 km (43,000 miles) at its furthest, taking a week to complete one rotation.

Additional benefits of a station in this orbit would include good communication with Earth, constant sunlight for solar panels, and reduced need for departing spacecrafts to use height boosts that consume large amounts of fuel. The primary drawback of the design is that trips to the Moon's surface would be somewhat difficult based on the distance, which has left Russia carrying on with its investigation of a Moon base. Solutions might include compromising with a modular design, or changing the orbit periodically.

The timeline right now plans for construction throughout the 2020s. This would have the new station ready to serve missions to Mars and elsewhere in the 2030s. Interestingly, if this timeline holds true, by the time the station is in orbit, private companies may already be on the Moon or in orbit around it. Bigelow Aerospace hopes its inflatable space station will be in orbit around the Moon by 2020, and SpaceX may be there even sooner.