It's a brave new world. 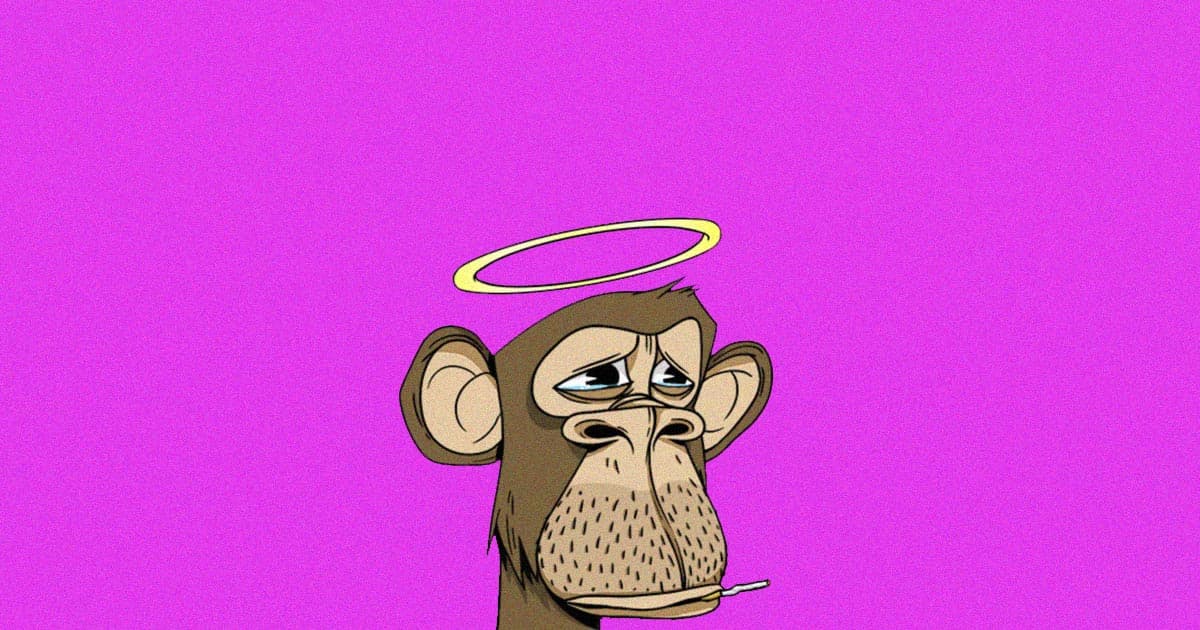 It turns out that the legality of Bored Ape NFT ownership is a whole lot weirder than anyone expected.

If you're not a crypto nerd, you likely missed the ongoing saga of actor Seth Green's stolen Ape. The strange story, as Bloomberg Law reports, is one of intellectual property purgatory because, frankly, there's a lot more going on with these specific non-fungible tokens than meets the eye.

Last month, Green's Ape — which he'd dubbed Fred Simian — was "kidnapped" in a phishing hack just before it was set to star in an animated series titled "White Horse Tavern," raising fascinating questions about NFTs and intellectual property.

In an interview after the heist, the actor maintained that the intellectual property rights shouldn't transfer with a stolen Ape because of the theft. Now, it could be a long slog as the courts figure out out whether he's right.

As Bloomberg notes, the Bored Ape Yacht Club's approach to IP licensing is unique because purchasing the brand's NFTs not only provides ownership of the individual Ape, but also license to artistically and commercially exploit the art however they choose.

"That’s what was kind of amazing about the Bored Ape Yacht Club," attorney Jeremy Goldman told Bloomberg. "They gave these very valuable assets. They gave the community the rights to go and make stuff and to license it for various purposes, wherever they wanted."

While Green believes he's still the rightful owner of the IP for Fred the Ape, BAYC may have a different viewpoint. As the Bloomberg report continues, the company behind the brand, Yuga Labs, seems to equate possession with ownership, meaning that whoever now possesses the NFT stolen from the actor — it was sold again for a cool $200,000 after being stolen — also owns the IP.

It's murky territory, and it needs to be figured out for non-theft cases, too.

"Let’s say it’s not even stolen, [Green] sells the ape to somebody else," Goldman hypothesized to Bloomberg. "What happens to that sublicense?"

There are various legal precedents currently being considered in the case of Fred Simian — trademark law and sublicensing contract law chief among them — that may regrant Green access to the Ape's IP.

But until the courts slog through all of that, the world will probably not be treated to the animated stylings of "White Horse Tavern" starring Fred Simian, which has been put on hold while this legal quagmire gets worked out.

More on blockchain madness: The Environment Is Saved! We're Putting Trees on the Blockchain

Read This Next
Double Dogg
NFT Conference Allegedly Hires Snoop Dogg Impersonator to "Drum Up Excitement"
Stealing Apes
Someone Stole the Ape NFT That Was Supposed to Star in a New TV Show
Scam Artists
Crypto Fans Are So Dumb They're Clicking .EXE Files Disguised as NFTs
Papal Puzzle
We're a Bit Confused by the Vatican's NFT Plans
Right Clicker Musktality
Famous NFT Hater Elon Musk Changes Profile Picture to Stolen Apes
More on Blocknik
Cashing In
Friday on the byte
Teen Makes $700,000 Selling Action Figures of Bored Apes to Adult Children
Proof of Jerk
Jun 17 on the byte
New York State May Ban Any Crypto Mining Powered by Fossil Fuels
Web Gris
Jun 16 on futurism
Blockchain Guy Struggles to Explain a Single Practical Use for Web3
READ MORE STORIES ABOUT / Blocknik
Keep up.
Subscribe to our daily newsletter to keep in touch with the subjects shaping our future.
+Social+Newsletter
TopicsAbout UsContact Us
Copyright ©, Camden Media Inc All Rights Reserved. See our User Agreement, Privacy Policy and Data Use Policy. The material on this site may not be reproduced, distributed, transmitted, cached or otherwise used, except with prior written permission of Futurism. Fonts by Typekit and Monotype.