Creator of "Second Life" Issues Warnings for Those Building Metaverses

Here’s what he thinks you should know if you’re building a digital world. 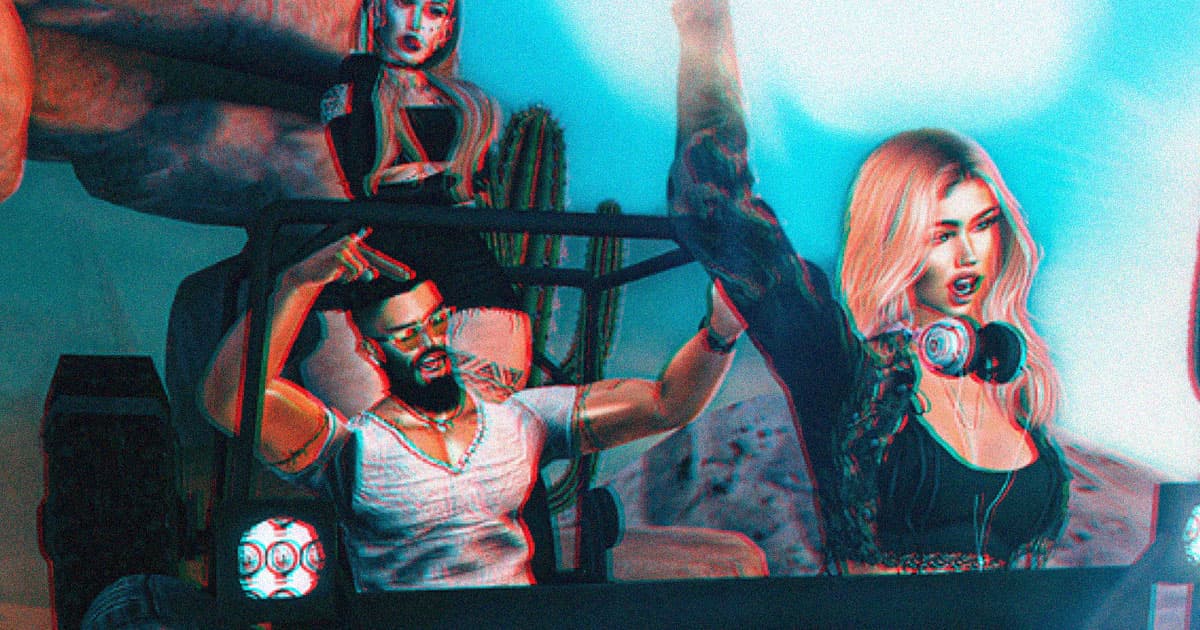 As hype around metaverses steadily rises to a fever pitch, many early innovators of digital worlds have been quick to offer up their advice — and stern warnings — to those building them.

Such was the case with Philip Rosedale, the founder of the virtual world "Second Life," who recently spoke to Time along with anthropologist and author of Coming of Age in Second Life Tom Boellstorff about their insights on building metaverses. Part of his advice was a thought-provoking warning about creating a moderation system that allows users to "equitably co-exist in a metaverse."

"There are things like getting identity right, so you’re not doxxing a person by identifying the real person behind the avatar — but the avatar or the pseudonym of the individual is sufficiently stable so there are consequences to their actions and they’re going to behave well," he told the magazine. "But we are simply not there yet on the internet: We don’t have identity systems yet that would enable strong governance."

Boelstorff also added that there needs to be a strong framework in place in order to prevent bad actors from using the platform for harm. In fact, he said that since users had to pay for a "Second Life" subscription, ad-driven corporations weren’t able to exploit it as effectively as a platform like Facebook or Twitter.

"The subscription model of 'Second Life' is one reason that you don’t have misinformation and anti-vax stuff," Boellstorff told Time. "None of this metaverse stuff going forward has to be a particular corporate ad-driven model."

Another warning Rosedale had for metaverse developers is that they have to contend with its sizable barrier to entry. After all, in order to access the metaverse, you’ll likely need to have a host of expensive technological equipment including a computer, VR headset, and a stellar internet connection. He added that even with all that, many users often still "don’t want to be a cartoon avatar while wearing a VR headset."

Even when you set the technology aside, there will be large swaths of the population who will likely still have little to no interest in spending time in a metaverse, no matter how hard you try.

"If you live a comfortable life in New York City and you’re young and healthy, you probably are going to choose to live there. If I offer you the life of an avatar, you’re just not going to use it very much," Rosedale said. "On the other hand, if you live in a rural location with very little social contact, are disabled or live in an authoritarian environment where you don’t feel free to speak, then your avatar can become your primary identity."

Rosedale’s insights are actually very tame and supportive when compared to other early metaverse innovators. In an essay published on his company’s blog this summer, Pokémon Go creator John Hanke asserted that the metaverse would be a "dystopian nightmare" if created in VR. Meanwhile, AR pioneer Louis Rosenberg penned an op-ed where he expressed a similar concern "about the legitimate uses of AR by the powerful platform providers that will control the infrastructure."

Only time will tell if some rendition of the metaverse does end up fulfilling their Cassandran warnings. At the very least, developers might want to take the advice of the creator of one of the most popular and successful virtual worlds of all time.

READ MORE: 6 Lessons on the Future of the Metaverse From the Creator of Second Life [Time]

Read This Next
Scammers Scam On
The Fyre Fest Guy Is Off House Arrest and of Course His New Scheme Involves the Metaverse and Crypto
Confrontation is Hard
Former Facebook Exec Says Zuckerberg Has Surrounded Himself With Sycophants
Virtual Signing
Sign Language in Virtual Reality Actually Looks Kinda Awesome
Zesus
Interesting Theory: Mark Zuckerberg Is Trying to Become God and Build Heaven
Make Mark Happy
Facebook Employees Seem Completely Confused by the Metaverse
More on Future Society
Sleepless in San ...
6:26 PM on futurism
Elon Musk Reportedly Building "Sad Hotel Rooms" at Twitter HQ for Exhausted Employees
Fake Shots
4:39 PM on the byte
That Viral Video of Stephen Curry Sinking Impossible Shots Is Fake
But His Emails!
3:13 PM on futurism
Twitter Cofounder Says Elon Musk Is "Not a Serious Person"
READ MORE STORIES ABOUT / Future Society
Keep up.
Subscribe to our daily newsletter to keep in touch with the subjects shaping our future.
+Social+Newsletter
TopicsAbout UsContact Us
Copyright ©, Camden Media Inc All Rights Reserved. See our User Agreement, Privacy Policy and Data Use Policy. The material on this site may not be reproduced, distributed, transmitted, cached or otherwise used, except with prior written permission of Futurism. Articles may contain affiliate links which enable us to share in the revenue of any purchases made.
Fonts by Typekit and Monotype.