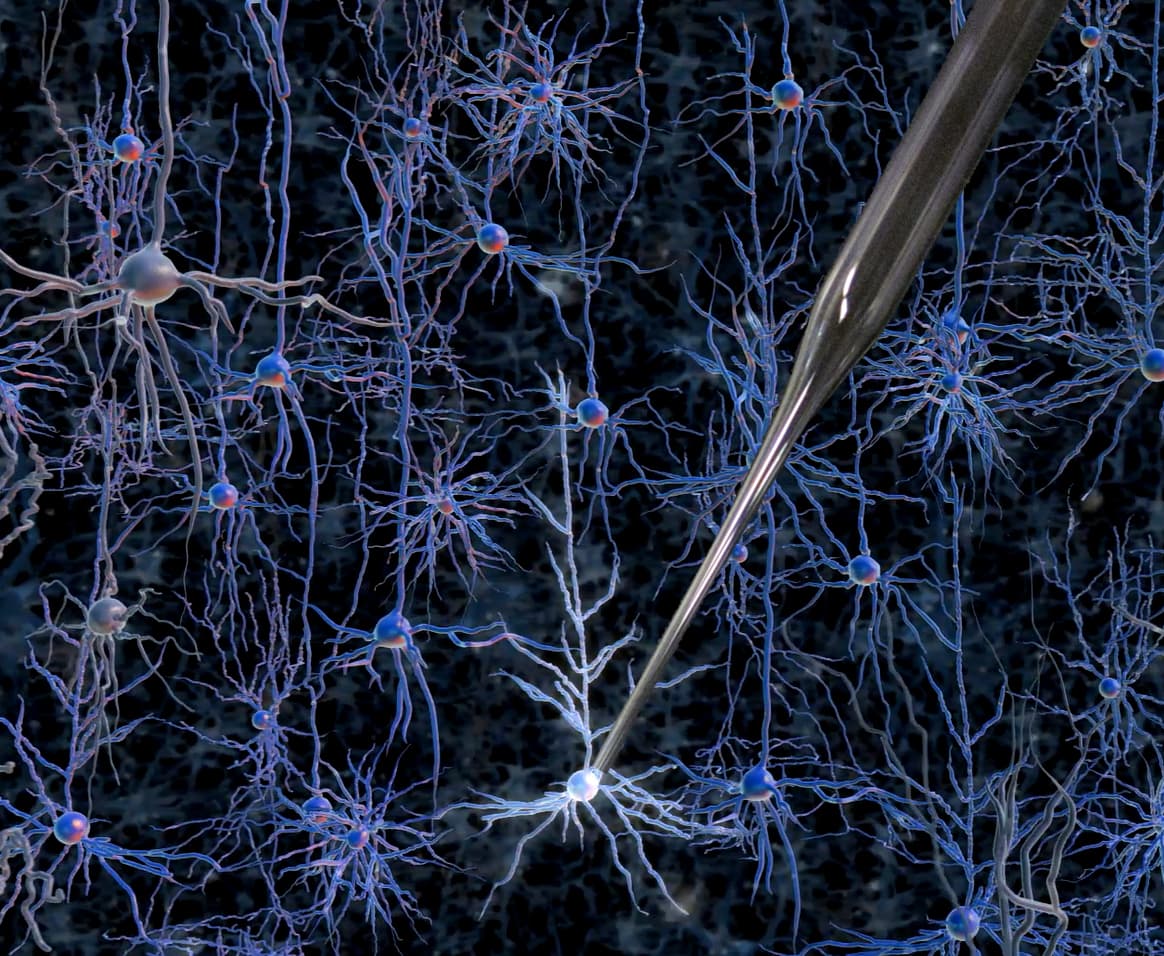 Switching Brain Cells on and off

For years now, optogenetics is how scientists have been able to effectively switch brain cells on and off in animals. The method uses genetic engineering to put light sensitive ions in neurons which can then be manipulated by charge to activate or deactivate the cell.  Senior research author Susumu Tonegawa and the team at Riken-MIT Center for Neural Circuit Genetics in Massachusetts are known for this now widely practiced technique and have applied it to a mammoth quandary—depression. Globally, 350 million people suffer from the illness and treatment options aren't so straightforward. Underlining that people with depression typically cannot easily evoke positive memories, Tonegawa and his colleagues are exploring a new method for essentially switching the positivity back on.

The researchers were able to locate where positive memories were being formed by monitoring the brains of male mice when placed with female company. Experimenters then put the mice under stressful conditions (close confinement) for 10 days, after which the little subjects were exhibiting the depressive symptoms of anhedonia, or loss of pleasure (no longer showing preference for sweetened water), and unreactiveness to being held by the tail.  When the labeled “happy-memory” cells were stimulated, the mice quickly began to behave like they had before the stressors. After regular doses of the stimulation over five days, the mice ceased to display depressive behavior. Of the mice that were made depressed, every single one that was given this stimulation recovered but the ones that were merely placed back into normal conditions with female mice without any therapy, continued to display depressive symptoms. So, the memory of positive experience is more effective for treating depression than merely being placed around positive stimuli.

"There is hope that knowledge obtained from this type of animal model study could be taken advantage of, in the future, when it is combined with less invasive technology," Professor Tonegawa told the BBC. While the team highlights that the method cannot be directly applied to humans, the knowledge is vitally significant to treating depression. It could lead to developing a more consistent way to use one’s own experiences to heal one’s illness. The brain is so powerful and complex, it very likely holds the best solutions to its own maladies. The capacity to physically locate specific abstract memories in the brain is a remarkable prospect. Being able to pinpoint specific memories at will has many possibilities even beyond treatment of depression. Knowing memories could be compartmentalized to a certain cell, if it were ever possible to remove that cell, ostensibly one could remove bad memories. That would be a hugely significant moment for neuroscience and humanity at large.

Read This Next
Whiff
Neuralink's Demo Didn't Impress Experts
Brands We Love
These Advanced Brain Training Courses Will Improve Your Life By Improving Your Mind
New Airpods
Stanford Scientist Says In-Ear Gadgets Will Monitor Our Brains
Futurism
We’ve Reached A New Level In Bionics: Artificial Limbs We Forget Are Artificial
Futurism
"Prosthetic Memory Systems," Delivered Via Electrode, Could Be Dope, If You're Willing To Wait A While
More on Enhanced Humans
Brain-Computer Im...
Jan 3 on the byte
Neuralink Cofounder Says New Company's Eye Implant Could Be "Ultimate" VR Tech
Eyes Have It
12. 30. 22 on futurism
Meet the Neuralink Cofounder Who Left and Started a Competitor That's Now Rapidly Catching Up
Butcher Shop
12. 6. 22 on futurism
Neuralink Employees Admit Company Has Killed 1,500 Animals So Far
READ MORE STORIES ABOUT / Enhanced Humans
Keep up.
Subscribe to our daily newsletter to keep in touch with the subjects shaping our future.
+Social+Newsletter
TopicsAbout UsContact Us
Copyright ©, Camden Media Inc All Rights Reserved. See our User Agreement, Privacy Policy and Data Use Policy. The material on this site may not be reproduced, distributed, transmitted, cached or otherwise used, except with prior written permission of Futurism. Articles may contain affiliate links which enable us to share in the revenue of any purchases made.
Fonts by Typekit and Monotype.