It's a striking leap forward for synthetic biology. 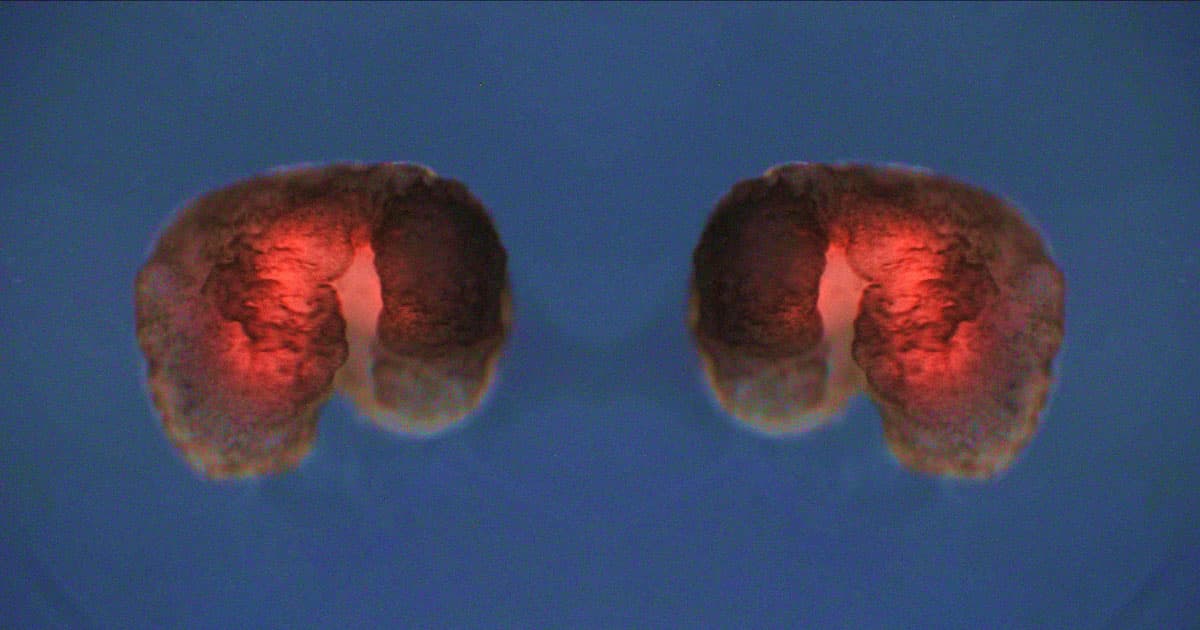 Scientists have created synthetic organisms that can self-replicate. Known as “Xenobots,” these tiny millimeter-wide biological machines now have the ability to reproduce — a striking leap forward in synthetic biology.

Published in the Proceedings of the National Academy of Sciences, a joint team from the University of Vermont, Tufts University, and Harvard University used Xenopus laevis frog embryonic cells to construct the Xenobots.

Their original work began in 2020 when the Xenobots were first “built.” The team designed an algorithm that assembled countless cells together to construct various biological machines, eventually settling on embryonic skin cells from frogs.

The machine bodies were assembled using biological cellular material and artificial electrodes. When they were activated, the cells began to work together. Forming a sort of architecture, the skin cells began to form into “bodies” that could perform specific tasks, such as pushing microscopic objects around or organizing themselves and moving in formation.

Moving beyond the ability to perform simple robotic tasks, the team has now upped the ante.

“With the right design — they will spontaneously self-replicate,” research co-leader Joshua Bongard, a computer scientist and robotics expert at the University of Vermont said in a press statement.

Much like any good dystopian “Kill all Humans” movie scenario, the little robots swim around and begin gathering hundreds of single cells in their Pac-Man-like “mouths.” A few days later, out pops a brand new Xenobot.

It’s natural to think that these little Xenobots will one day be responsible for a robotic uprising and the future hellscape of the “Terminator” franchise, but the biological machines are pretty harmless. Unlike current technology, like a laptop, Xenobots can simply be turned off, and in about seven days, biodegrade as any skin cell would. Moreover, the team isn’t looking to release Xenobots into the world to be robotic helpers. Rather, the idea is to study how their creation can lead to better and faster algorithms that can manipulate already living and functioning cells.

“If we knew how to tell collections of cells to do what we wanted them to do, ultimately, that's regenerative medicine — that's the solution to traumatic injury, birth defects, cancer, and aging,” said Tuft’s Michael Levin, a co-author on the study. “All of these different problems are here because we don't know how to predict and control what groups of cells are going to build. Xenobots are a new platform for teaching us.”

More on synthetic organisms: Scientists Are Printing Living "Xenobots" Out of Biological Cells

Read This Next
Better Start Digging
Harvard Study: We Shouldn't Rule Out Underground Life on the Moon and Mars
Futurism
Scientists Just Took a Giant Leap Forward in the Quest to Create Artificial Life
Futurism
Scientists Eradicated Smallpox. With Synthetic Biology, We Can Bring it Back.
Futurism
Billions of Dollars Are Being Spent to Perfect the Engineering of Life
Futurism
Humans Can Now "Print" Genetic Code and Engineer Life
More on Hard Science
Past Particle
Yesterday on the byte
Large Hadron Collider Discovers Strange New Particles
Moved to Tears
Jun 30 on the byte
Scientists Say New James Webb Images Are So Powerful That It Was Emotional Just Looking at Them
Good God
Jun 28 on the byte
Huge Cloud of Toxic Yellow Gas Kills 13
READ MORE STORIES ABOUT / Hard Science
Keep up.
Subscribe to our daily newsletter to keep in touch with the subjects shaping our future.
+Social+Newsletter
TopicsAbout UsContact Us
Copyright ©, Camden Media Inc All Rights Reserved. See our User Agreement, Privacy Policy and Data Use Policy. The material on this site may not be reproduced, distributed, transmitted, cached or otherwise used, except with prior written permission of Futurism. Fonts by Typekit and Monotype.