Scientists: The Human Brain Has Odd Similarities to the Entire Universe

An astrophysicist and a neurosurgeon teamed up on the ultimate galaxy brain theory. 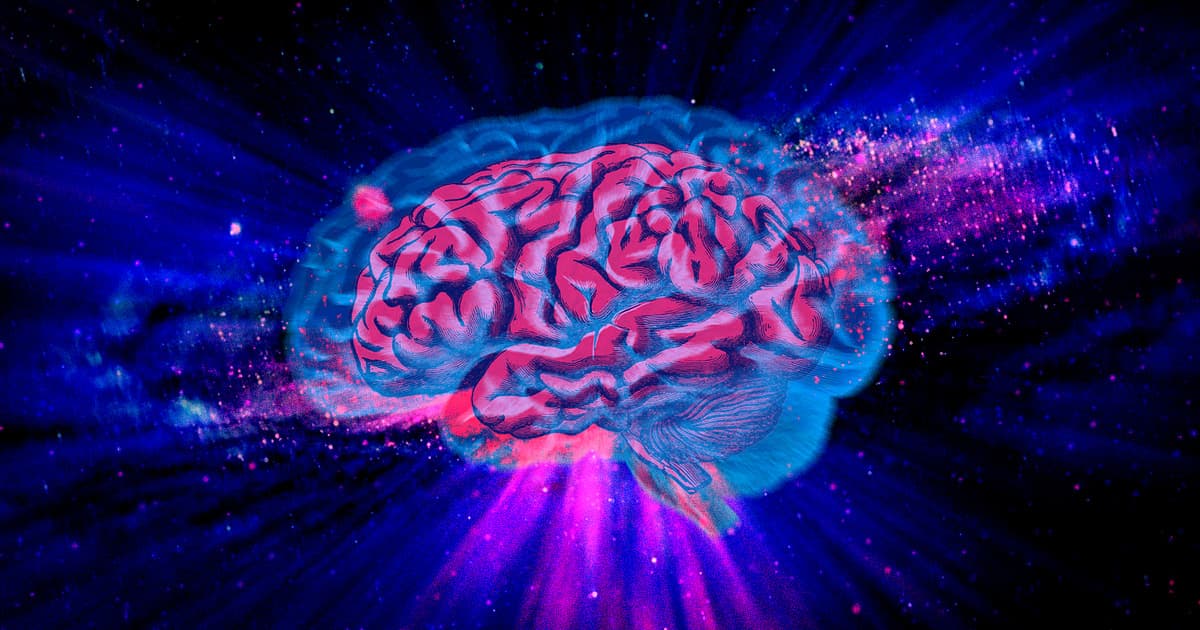 An astrophysicist and a neurosurgeon walked into a room.

It may sound like the beginning of a bad joke, but what a pair of Italian researchers came up with is a truly galaxy brain take: The structures of the observable universe, they say, is astonishingly similar to the neuronal networks of the human brain.

University of Bologna astrophysicist Franco Vazza and University of Verona neurosurgeon Alberto Feletti detail the surprising similarities between the cosmic network of galaxies and the complex web of neurons in the human brain exhibit in a new paper published in the journal Frontiers in Physics. Despite being roughly 27 orders of magnitude apart in scale, the human brain and the composition of the cosmic web show similar levels of complexity and self-organization, according to the researchers.

The brain contains an estimated 69 billion neurons, while the observable universe is composed of at least 100 billion galaxies, strung together loosely like a web. Both actual galaxies and neurons only account for about 30 percent of the total masses of the universe and brain, respectively. And both galaxies and neurons arrange themselves like beads on long strings or filaments.

In the case of galaxies, the remaining 70 percent of mass is dark energy. The equivalent in the human brain, the duo said: water.

"We calculated the spectral density of both systems," Vazza said in a statement about the work. "This is a technique often employed in cosmology for studying the spatial distribution of galaxies."

"Our analysis showed that the distribution of the fluctuation within the cerebellum neuronal network on a scale from 1 micrometer to 0.1 millimeters follows the same progression of the distribution of matter in the cosmic web," he added, "but, of course, on a larger scale that goes from 5 million to 500 million light-years."

The clustering and number of connections emanating from each node also were oddly similar.

"Once again, structural parameters have identified unexpected agreement levels," Feletti said in the statement. "Probably, the connectivity within the two networks evolves following similar physical principles, despite the striking and obvious difference between the physical powers regulating galaxies and neurons."

The team is hoping that their preliminary study could lead to new analysis techniques in both cosmology and neurosurgery, allowing scientists to better understand how these structures have evolved over time.

READ MORE: Does the human brain resemble the Universe? [University of Bologna]

Read This Next
Really Really Really Old
Astronomers Puzzled By Ancient Milky Way-Like Galaxy 12 Billion Light-Years Away
Three-Body Problem
This Neural Network Quickly Solves a Major Astronomical Problem
Universe Machine
Scientists Found a Way to Create Millions of Virtual Universes
Futurism
Scientists Identified "Anxiety Cells" in the Brain by Switching Them On and Off
Futurism
Physicists Overturn a 100-Year-Old Assumption on How Brains Work
More on Hard Science
Life on Mars
Jun 21 on the byte
Physicist Says There's a Small Chance You'll Wake Up on Mars Tomorrow Due to Quantum Physics
Whack-an-Alien
Jun 14 on futurism
Chinese Scientists Say They May Have Detected Signal From Extraterrestrial Intelligence, But Probably Not
Fast!
Jun 10 on the byte
Astronomers Discover Another Mysterious, Repeating Radio Transmission From Space
READ MORE STORIES ABOUT / Hard Science
Keep up.
Subscribe to our daily newsletter to keep in touch with the subjects shaping our future.
+Social+Newsletter
TopicsAbout UsContact Us
Copyright ©, Camden Media Inc All Rights Reserved. See our User Agreement, Privacy Policy and Data Use Policy. The material on this site may not be reproduced, distributed, transmitted, cached or otherwise used, except with prior written permission of Futurism. Fonts by Typekit and Monotype.