Intelligence May Stem From a Basic Algorithm in the Human Brain

Math may be more wired in our brain than we think.

The human brain is the most sophisticated organ in the human body. The things that the brain can do, and how it does them, have even inspired a model of artificial intelligence (AI). Now, a recent study published in the journal Frontiers in Systems Neuroscience shows how human intelligence may be a product of a basic algorithm.

This algorithm is found in the Theory of Connectivity, a “relatively simple mathematical logic underlies our complex brain computations,” according to researcher and author Joe Tsien, neuroscientist at the Medical College of Georgia at Augusta University, co-director of the Augusta University Brain and Behavior Discovery Institute and Georgia Research Alliance Eminent Scholar in Cognitive and Systems Neurobiology. He first proposed the theory in October 2015.

Basically, it’s a theory about how the acquisition of knowledge, as well as our ability to generalize and draw conclusions from them, is a function of billions of neurons assembling and aligning. “We present evidence that the brain may operate on an amazingly simple mathematical logic,” Tsien said. 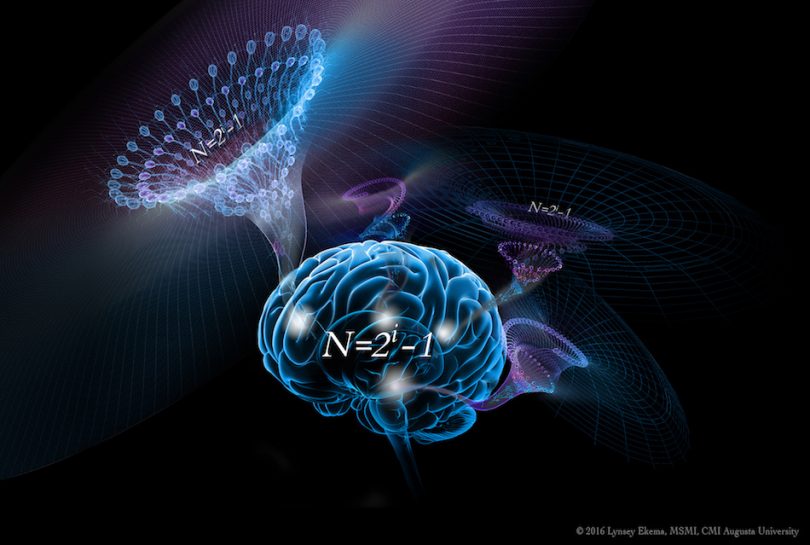 The theory describes how groups of similar neurons form a complexity of cliques to handle basic ideas or information. These groups cluster into functional connectivity motifs (FCM), which handles every possible combinations of ideas. More cliques are involved in more complex thoughts.

In order to test it, Tsien and his team monitored and documented how the algorithm works in seven different brain regions, each involved in handling basics like food and fear in mice and hamsters. The algorithm represented how many cliques are necessary for an FCM, a power-of-two-based permutation logic (N=2i–1), according to the study.

They gave the animals various combinations of four different foods (rodent biscuits, pellets, rice, and milk). Using electrodes placed at specific areas of the brain, they were able to “listen” to the neurons’ response. The scientists were able to identify all 15 different combinations of neurons or cliques that responded to the assortment of food combinations, as the Theory of Connectivity would predict. Furthermore, these neural cliques seem prewired in the brain, as they appeared immediately as soon as the food choices did.

If the intelligence in the human brain, in all its complexity, can be summed up by a particular algorithm, imagine what it means for AI. It is possible, then, for the same algorithm to be applied to how AI neural networks work, as these already mimic the brain’s structural wiring.

Scientists Grew Tiny Human Brains and Hooked Them up to Robots

This Attempt to Simulate the Human Brain Fell Amazingly Flat