Scientists Claim to Have Discovered the "Secret Ingredient for Building Life"

"This is essentially the chemistry behind the origin of life." 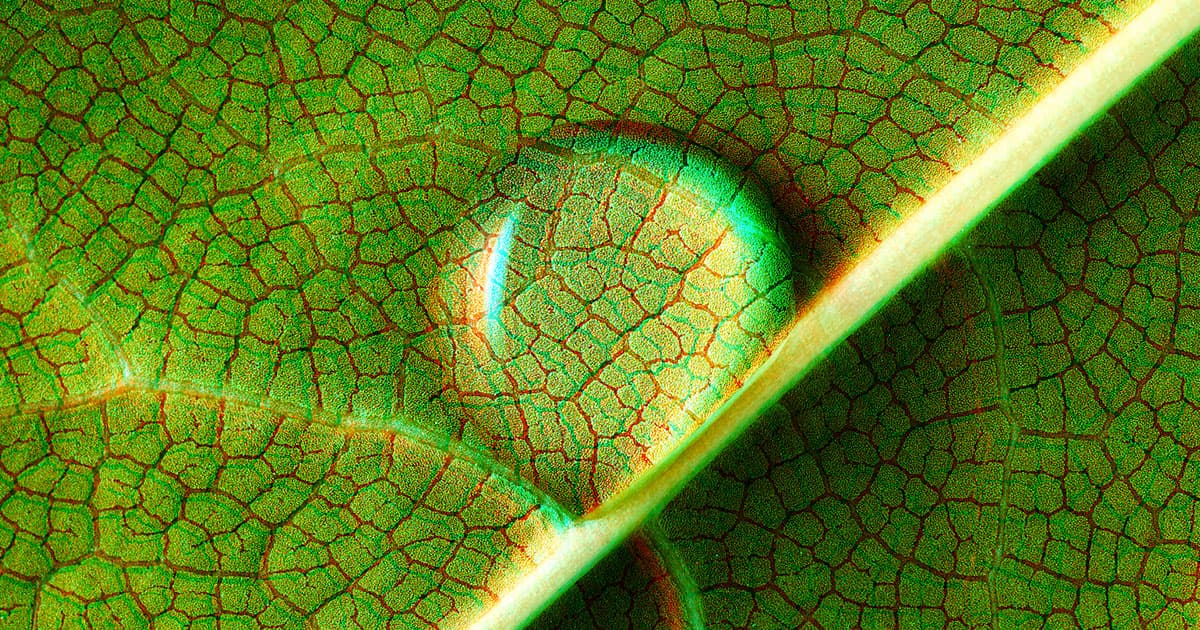 A team of researchers from Purdue University claim to have discovered the "chemistry behind the origin of life" on Earth in simple droplets of water, and they're using strikingly strong language to celebrate the findings.

Graham Cooks, chemistry professor at Purdue and lead author of a new paper published in the journal Proceedings of the National Academy of Sciences, called it a "dramatic discovery" and the "secret ingredient for building life" in a statement.

"This is essentially the chemistry behind the origin of life," he added. "This is the first demonstration that primordial molecules, simple amino acids, spontaneously form peptides, the building blocks of life, in droplets of pure water."

And it's not just the principle researchers who are heralding the discovery, saying it could have some vast implications on our understanding of how life formed on Earth billions of years ago.

"I find this discovery truly fascinating," Alan Doucette, associate professor at Dalhousie University in Nova Scotia, Canada, and expert in the field of mass spectrometry, who was not involved in the research, told Futurism.

"To me, the evidence seems to be growing that there is something really quite unique and extraordinary about the chemistry at or within small water droplet surfaces," he added.

In simple terms, the research supports the decades-old theory that life on Earth started in oceans. Amino acids, which scientists believe came to Earth billions of years ago via meteorite showers, can bond together to form peptides, which have long been considered the building blocks of proteins, and eventually life itself.

But what has confounded scientists is the fact that this process requires both aqueous and non-aqueous environments. Now, using state-0f-the-art spectrometers to get a close look at chemical reactions inside water droplets, Cooks and his colleagues found that "extremely quick reactions can take place" where water droplets meet the atmosphere.

That conclusion could explain how life thrived where the sea meets the land, or where fresh water crosses fertile landscapes.

Cooks and his team go as far as to claim that these building blocks of life can spontaneously form in water itself, without the need of other catalysts.

"The rates of reactions in droplets are anywhere from a hundred to a million times faster than the same chemicals reacting in bulk solution," Cooks said in the statement.

Cooks and his team hope their finding could help us understand the basic processes involved in the formation of life on Earth — which, in turn, could also help us investigate if we're alone in the universe, or even create our own versions of living matter.

In the short term, however, these reactions could prove useful in other areas such as drug discovery.

"We all know water was and is essential to life on Earth," Doucette told Futurism. "But we still have a lot to learn."

More on life: Harvard Study: We Shouldn't Rule Out Underground Life on the Moon and Mars

Read This Next
Space Rocks
Materials Older Than the Solar System Found in Two Meteorites
Futurism
Life May Have Emerged on Earth Earlier Than We Previously Thought
Futurism
Ancient Underground Waters May be Teeming With Novel Forms of Life
Futurism
3.7 Billion Year Old Fossils Found in Greenland Bring Us Closer to Life's Origin
More on Hard Science
It From Bit
Nov 22 on the byte
A Scientist Is Crowdfunding an Experiment to Check if We Live in a Simulation
Water Carrying
Nov 20 on the byte
Evidence Grows That Soggy Meteorites Gave Earth Its Oceans
Shroom News
Nov 20 on the byte
Scientists Build Circuit Boards Based on Mushrooms
READ MORE STORIES ABOUT / Hard Science
Keep up.
Subscribe to our daily newsletter to keep in touch with the subjects shaping our future.
+Social+Newsletter
TopicsAbout UsContact Us
Copyright ©, Camden Media Inc All Rights Reserved. See our User Agreement, Privacy Policy and Data Use Policy. The material on this site may not be reproduced, distributed, transmitted, cached or otherwise used, except with prior written permission of Futurism. Articles may contain affiliate links which enable us to share in the revenue of any purchases made.
Fonts by Typekit and Monotype.