"Highways would have a charging lane, sort of like a high occupancy lane." 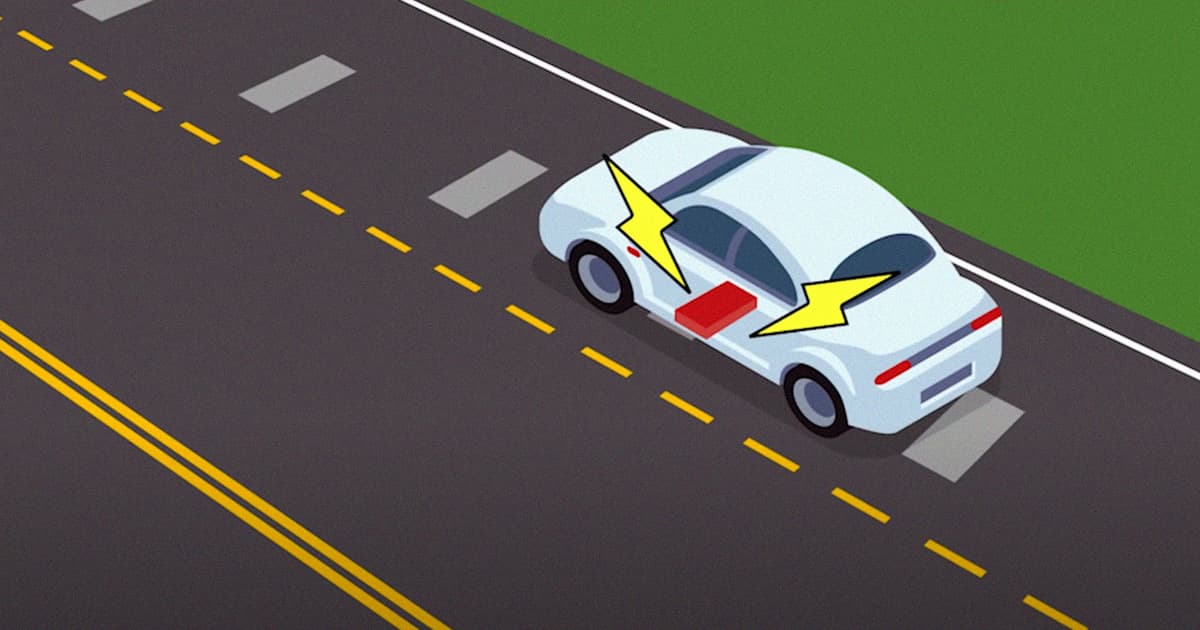 Researchers at Cornell University are developing a special roadway that's capable of charging vehicles' batteries as they drive over its surface.

It's a bright vision of a future in which drivers are no longer tied to individual EV charging stations, allowing them to travel while simultaneously charging their cars' batteries.

"Highways would have a charging lane, sort of like a high occupancy lane," Cornell associate professor of electrical and computer engineering and lead researcher Khurram Afridi told Insider.

"If you were running out of battery you would move into the charging lane," he added. "It would be able to identify which car went into the lane and it would later send you a bill."

The same technology could even make warehouses more productive, by allow autonomous forklifts and other machines to charge themselves while still in motion.

According to Afridi, such a technology is still at least five to ten years out — but the effects of a wirelessly charging road could do wonders in a growing industry plagued by "range anxiety," the worry of running out of juice while on the go.

Such roadways would also alleviate pressure on charging infrastructure that is struggling to keep up with demand. Only about 100,000 charging plugs serve some 1.8 million battery-powered cars on US roads, according to Insider.

Expanding such a network is not only costly. It also comes with a variety of other logistical issues.

"The only way people are going to buy electric cars is if they're just as easy to refuel as combustion engines," Afridi told Insider. "If we had this [wireless charging] technology the electric vehicles would have even less limitations than traditional ones."

Afridi's road works thanks to special metal plates beneath the road connected to a powerline and an inverter. The plates create electric fields that can charge a vehicle's battery as they pass over one plate after the other.

Plenty of challenges remain before wireless charging roads become the norm. While similar technologies have already caught on in the smartphone world, scaling up the technology to charge entire cars is proving difficult and costly thanks to inefficiencies.

Afridi, however, is hoping that using higher frequencies could be the answer, making wireless charging more feasible.

"Wireless power transfer is based on the same underlying physics used to send messages through radio waves to spacecraft in deep space, things like Voyager," the researcher said in a statement. "Except now we are sending much more energy across much shorter distances, to moving vehicles."

In other words, the same frequencies used for deep space communication could be used to transmit power to vehicles over short distances.

As of right now, Afridi and his team have managed to come up with a prototype that can power vehicles from 18 centimeters away.

But building other components has remained a challenge. The future of such a technology is anything but certain — converting existing roadways would require them to be ripped up, a major infrastructure ask.

Nonetheless, it's an exciting vision that could catapult the adoption of electric vehicles in the US — if it were ever to be realized.

READ MORE: New electric vehicle charging research could allow drivers to power their cars as they drive on the highway [Insider]

Read This Next
Car Pile Up
Tesla Is Absolutely Spraying Out Cars
Sun Power
Startup Says Its Solar Upgrade for Teslas Adds 60 Miles in Range per Day
No Parking
Condo Association Bans EVs From Parking in Garage, Saying They Pose Fire Risk
Real American eMuscle
Dodge Says It's Only Making an Electric Car Because the Performance Is So Good
Band-Aid Solutions
Tesla Employees Admit Using Electrical Tape to Fix Model 3s
More on Advanced Transport
Kapow
Feb 3 on the byte
Self-Driving Car Plowed Into Active Fire Scene, Forcing Firefighters to Smash Its Window
Netflix and Drive
Jan 30 on futurism
Mercedes Claims to Have Achieved Level 3 Automation, Beating Tesla
Battery Trouble
Jan 30 on the byte
Tesla "Spontaneously" Bursts Into Flames While Driving Down Freeway
READ MORE STORIES ABOUT / Advanced Transport
Keep up.
Subscribe to our daily newsletter to keep in touch with the subjects shaping our future.
+Social+Newsletter
TopicsAbout UsContact Us
Copyright ©, Camden Media Inc All Rights Reserved. See our User Agreement, Privacy Policy and Data Use Policy. The material on this site may not be reproduced, distributed, transmitted, cached or otherwise used, except with prior written permission of Futurism. Articles may contain affiliate links which enable us to share in the revenue of any purchases made.
Fonts by Typekit and Monotype.